'The Water Man', 'How to Become a Tyrant': Five new shows to stream now

Worth binge-watching or a waste of time? We weigh in on the latest movies and series 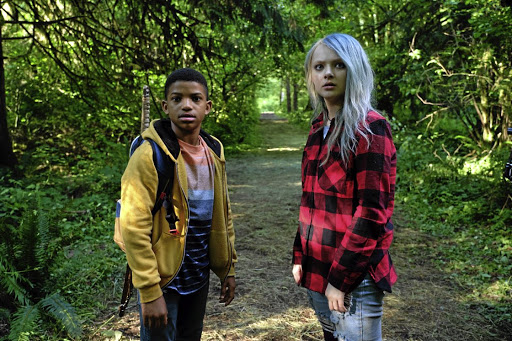 The cast of Netflix's 'The Water Man'.
Image: Showmax

British actor David Oyelowo directs and stars in this fairy tale for children and adults about a young boy's adventures in a mythical world in search of a cure for his dying mother. There are enough well-drawn characters and imaginative wonder to keep you along for most of the ride.

How much time you'll need to binge it: 1.5 hours

LUMUMBA: DEATH OF A PROPHET

Raoul Peck's 1992 documentary, precursor to his later feature film on the same subject, offers singular insight into the life and times of the Congo leader and his tragic fate. Mixing the director's personal memoir and archive with that of his subject, it offers a still pertinent meditation on the relationship between post-independence Africa and the political machinations of the Cold War, and a sober reflection on the lasting consequences of Lumumba's removal for the fate of his country and for that of Africa.

How much time you'll need to binge it: 1 hour

Master of cinematic cool Jim Jarmusch turns his attention to the zombie genre with disappointingly mixed results in this star-studded meta-horror. When Earth is shifted off its axis, Iggy Pop and his fellow undead stalk the streets of an unassuming and unprepared small town. There are plenty of quintessentially deadpan Jarmusch moments but ultimately it's a little too arch for its own good.

How much time you'll need to binge it: 2 hours

HOW TO BECOME A TYRANT

A sardonically narrated how-to guide for would-be dictators that teaches lessons from history's most nefarious big men. From Hitler to Stalin, Idi Amin and Gaddafi - they've all got something to offer for those who wish to escape anonymity and scale the heights of eternal infamy.

WATCH | 'How to Become a Tyrant' trailer.

A heavyweight cast offer seven self-contained monologues on the theme of isolation in this anthology series set in the near future. The results are mixed but there are moments of enjoyable theatrical performance that make it occasionally worthwhile even if its themes are a little heavy-handedly foregrounded.

How much time you'll need to binge it: 3.5 hours

Worth binge-watching or a waste of time? We weigh in on the latest movies and series
Lifestyle
2 weeks ago

Worth binge-watching or a waste of time? We weigh in on the latest series
Lifestyle
1 month ago

Worth binge-watching or a waste of time? We weigh in on the latest series and movies
Lifestyle
1 month ago