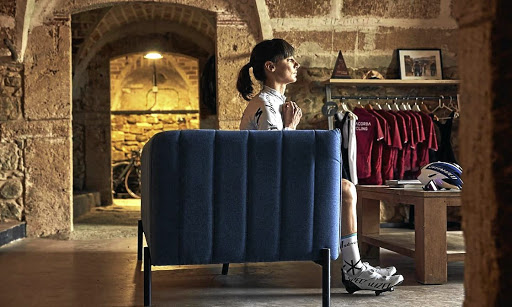 Ashleigh Moolman Pasio is on form for the Olympics.
Image: Rocacorba

The climb to the top of Monte Matajur is said to take you outside of time. In the Julian Alps on the border between Italy and Slovenia, it's a jagged climb that gets steeper the closer you get to the top. The final kilometre hits a gradient of 11%.

On Monte Matajur, just over a week ago, Ashleigh Moolman Pasio grimaced and smiled as she powered up.

It was the ninth stage, the queen stage of the Giro d'Italia Donne, the grandest of stage races in women's cycling. The South African had attacked hard at the bottom of Matajur, dropping Italian Elisa Longo Borghini and riding the 8km solo to the finish. It was her first victory in a stage in a race she has come so close to winning before.

But it was more than that. With just over two weeks until the road race at the Tokyo Olympics in 2020, it was a sign that her legs, heart and head were in the right place for her third tilt at a medal.

She will line up in Musashinonomori Park in Chofu in west Tokyo with many of those she was up against at the Giro Donne, women she's raced against for the past decade that she's been in Europe. She'll race with the belief that she has a real shot at being the first South African cycling medallist at the Games.

"The Giro was my last big preparation for Tokyo," said Moolman Pasio, who was in transit to Japan with her husband Carl Pasio, the South African team manager. 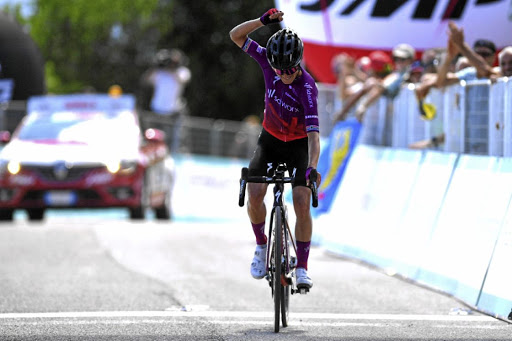 "Winning the stage there and particularly the way I won the queen stage, the toughest stage, was probably the most perfect of timing. It showed that my form is exactly where I want and need it to be, and that everything is on schedule with regards to being ready for Sunday July 25."

Moolman Pasio confirmed that at 35 these will be her last Olympic Games, her third on the trot after a solid debut in London (16th) in 2012 and an even more impressive 10th in Rio in 2016. She has been a model of consistency since she began racing in Europe over a decade ago with a host of podiums, victories and category wins, including 12 South African road race and time trial titles, including an eighth place in the World Championships in 2019.

Making it in Europe as an African is no small feat, particularly in international women's cycling where the spots on top teams are fewer and harder to come by. But Moolman Pasio has overcome much in life.

A serious head injury in her final year at school had doctors predicting she would have brain damage and not finish school. She matriculated with seven distinctions.

When she and Carl set off on their European adventure in 2010, both seeking a professional career, she had only started riding seriously at university, which she completed in 2009. In her first year, she broke her collarbone three times in crashes. Even though 2011 was a good year, they began to doubt whether the dream was possible.

"London 2012 was a little overwhelming," says Moolman Pasio. She wasn't quite ready for the emotion and the scale of the Olympics, and after just missing the final break, began thinking about what could be in Rio in 2016. She spent the next four years planning for Rio.

Two years later she had a breakthrough. In 2014 at the Commonwealth Games in Glasgow, she won a hard sprint in the rain to take third, winning by a bike throw. That bronze medal made her and Carl believe what was possible — that a medal in Tokyo wasn't just a distant dream.

There's a saying that you have to take in an Olympics to be ready for the next one. Cameron van der Burgh, who just missed out on the 100m breaststroke final in Beijing in 2008, would agree with that after taking gold and the world record in London four years later. 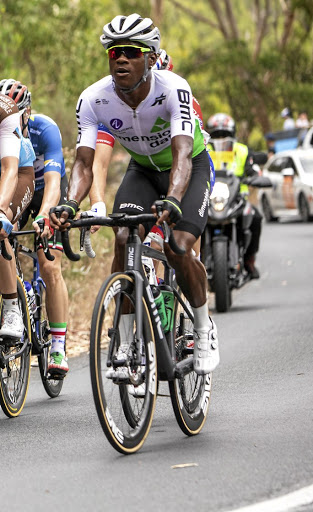 Nic Dlamini on the Tour Down Under in 2019. This year he became the first black South African in the Tour de France.
Image: Peter Mundy/Getty Images

The pressure is immense, the spectacle quite unlike anything in professional or amateur sport. Tokyo will be different this year with no spectators allowed and a city and country at odds with itself over actually hosting the Games.

For Nic Dlamini, who became the first black South African to ride in the Tour de France this year, it's been a dream that's driven him almost as much as taking part in the Tour. He knows how important it is for him to take part in Tokyo, a symbol for those from the township of Capricorn Park in Muizenberg and beyond of what is possible.

His selection for the Olympics was announced before he made the Qhubeka Nexthash Tour squad. The Games announcement "started changing things", he said. "Teenagers wanting to turn their lives around — it gave them hope that anything is possible. And when they announced the Tour it was even stronger."

He will line up with Ryan Gibbons and Stefan de Bod in Tokyo, alumni of the feeder squad that gave the South Africans a path to ride in Europe and a team that has talent and heart and will make their presence felt, but is unlikely to win.

That can't be said for Alan Hatherly in the mountain-bike event. Hatherly, the best South African talent on the international stage since the late Burry Stander, has a shot at a medal.

His form, like that of Moolman Pasio, has hit peak at just the right time with his first podium place in the World Cup series recently. Like Stander, who finished fifth in London in 2012, he is a former under-23 world champion. Stander finished 15th in Beijing in 2008. Hatherly took 26th in Rio.

There may be history in the making for South African cycling with Moolman Pasio and Hatherly in Tokyo. There may be a grimace and a smile from the two who have come some way but have a distance still to go.

Team SA's medal chances for the Tokyo Games have taken a downward spiral in the past month, but this week Wayde van Niekerk and Akani Simbine will ...
Sport
3 weeks ago

Ashleigh Moolman-Pasio stands on the brink of Olympic history after a journey that, in some ways, started when she suffered a life-threatening head ...
Sport
1 month ago

The SA Olympic team has a mix of medal targets, contenders and, history shows us, at least one painful fourth place
Sport
1 month ago