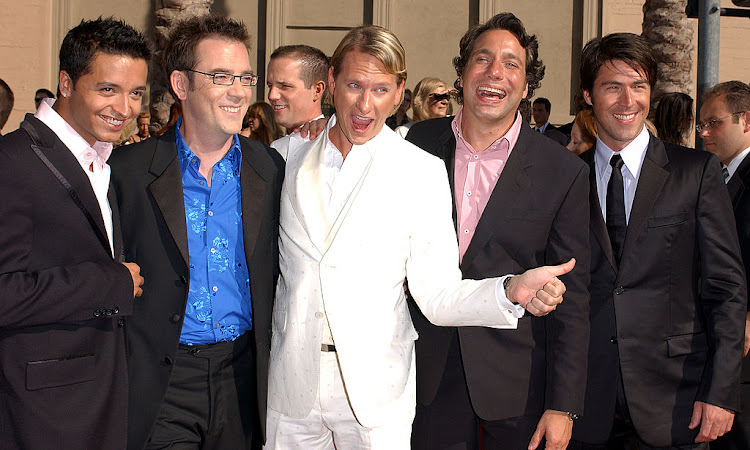 For a new generation, Queer Eye is a Netflix show in which a group of optimistic, bubbly, well-tailored and well-groomed gay men offer sartorial, style and relationship advice to hapless straight men in need of smartening and sexing up.

For those of us a little older, though, the original Queer Eye for the Straight Guy was a ground-breaking early 2000s Bravo Network show that ran for five seasons from 2003 to 2007 and was introduced to non-US viewers through the format of DVD box sets.

The show was an unlikely but resounding global success.

Now, thanks to E! Entertainment's Road Trip Reunion series, the original fab five return to our screens for a heart-warming get-together in which they turn their gaze on one of their own, the youngest and only non-white member of the group, Rodriguez, for a surprise makeover on the occasion of his 40th birthday, filmed in LA in the midst of the Covid-19 epidemic.

Speaking from LA, Rodriguez says he is excited about the reunion and particularly pleased with a segment in which his wardrobe is the object of much spicy criticism and mirth from fashionista Kressley and the rest of the gang before he's given some suitably mature clothes and accessories.

He recalls: “Once I got over the shock of them thinking I needed a makeover, I decided to play a little game on them because I'd sneakily been told to bring items that I might wear to Pride Festival. When I figured out that they were going to use those garments to judge my day-to-day wardrobe I leant into the comedy of those moments. When I look at that segment of the show I burst out laughing because it was fun to have them think those were my day-to-day clothes.”

He found the experience emotional but says, “The one thing I held on to was how powerful the connection and the chemistry was between all of us over the years and how we're able to pick up where we left off.”

Spice Girls mark 25 years since release of ‘Wannabe’, the song ‘that changed the lives of five girls’

An upbeat and empowering track, 'Wannabe' was released on July 8 1996 and soared to the top of music charts around the world.
Lifestyle
10 months ago

While he's quick to say that the kids on the new Queer Eye are great, he does feel they have a slight advantage over their Queer Eye OG cast. “They have social media and the ability to be a global hit show, which allows them to connect with fans and viewers from all over the world instantly. That's the one thing I feel we missed out on.”

Rodriguez says the E! show and the experience of turning the page on another decade have led him to really think about all the things that are important. “What have you done,
what do you want to do, who is important to you? That helped me get to the point where I could really think about what I want the next chapter of my life to look like.”

For now, that chapter includes film, television and theatre projects and taking his cabaret show on the road across the US. These days, thanks to social media, he's engaging with a loyal group of fans called the “Jai Birds” that help him with his choices of songs and looks.

He also hopes the Reunion Road Trip will spark interest in getting the gang back together for a different programme that preserves the energy and magic they have when they're all together.

After 14 years of drama, fashion and family, 'Keeping Up with the Kardashians', the television series that made Kim Kardashian and her siblings ...
Lifestyle
11 months ago

‘Friends: The Reunion’ is streaming on Showmax

WATCH | Five moments from ‘Friends: The Reunion’ that left us in tears

We're not crying. You are!
Lifestyle
11 months ago