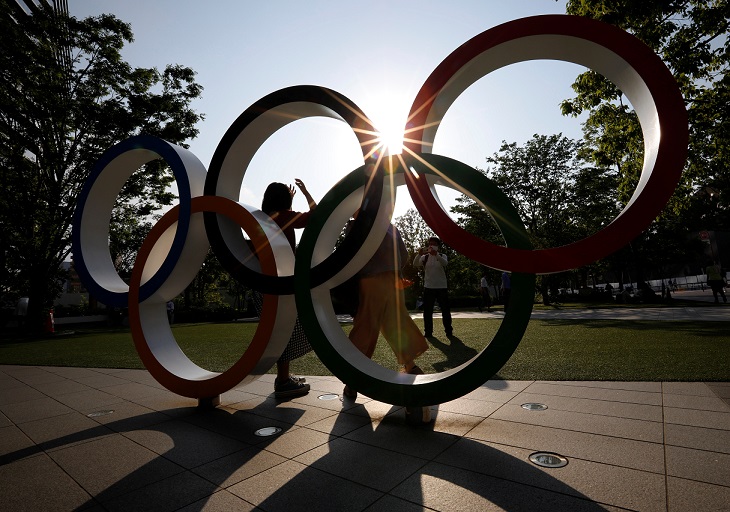 Japan has put a spotlight on sustainability at the 2020 Olympic Games, with athletes standing on podiums made of recycled plastics to receive medals crafted from recycled small electronics before sleeping on beds made of cardboard.

Electric cars ferry competitors and media between venues, many of which are temporary constructions made of recycled wood that will be dismantled after the Games, preventing the white elephant stadiums left behind in other host cities.

The Tokyo organising committee has hung its hat on providing a “beyond carbon neutrality” event, a goal it will meet with the help of donated carbon offset credits from businesses in Tokyo and Saitama prefectures, the two Games locations, along with the lack of spectators.

“What we have seen is now everybody is much more aware that everybody has a role to play in climate action,” said IOC sustainability development chief Marie Sallois.

The Tokyo event has some high-profile green credentials.

There has been an outpouring of support for gymnast Simone Biles after she withdrew from the Tokyo Olympic Games all round team event midway through ...
Sport
10 months ago

The gold, silver and bronze medals were forged from recycled metal from old mobile phones and other small appliances donated by the public in an initiative started back in 2017. The 3D-printed victory ceremony podiums were crafted from plastic waste.

Some 500 hydrogen fuel cell vehicles are used to transport competitors, officials and media, as well as light the Olympic cauldron.

The athlete's village, where competitors sleep on cardboard beds, will be turned into an apartment complex after the Games and continue to be partially powered by hydrogen fuel cells.

Among the 43 venues for Olympics and Paralympics Games, 25 existed before the Games and 10 are temporary venues.

It will, however, rely on a carbon offset programme to reach negative carbon output.

The Tokyo Organising Committee estimated the event would generate 2.73-million tonnes of carbon. That was trimmed by around 12%, or 340,000, by the exclusion of spectators because of the coronavirus.

Parents, trainers and coaches benefit from a better understanding of how the brain works
Opinion & Analysis
10 months ago

The carbon offset programme, in which more than 200 Japanese businesses are estimated to donate carbon credits of around 4.38 tonnes to the Games from July 2018 to September 2020, will tip the event into the black.

Organisers will publish final emissions figures after the Games.

Sustainability measures generally declined over 16 summer and winter Games held between 1992 and 2020, according to an analysis published in the journal Nature Sustainability in April.

Salt Lake City in 2002 ranked the best, while the 2016 Rio de Janeiro Olympics and the 2014 winter Games in Sochi ranked at the bottom.

The WWF has called for improvements to the way organisers procured wood, paper, marine products and palm oil for use at the Games, saying the process for Tokyo could “deeply affect” forest and marine conservation in and outside Japan.

With the Olympics still digesting U.S. gymnast Simone Biles's stunning exit from the team event, champion women made a splash in Tokyo on Wednesday ...
Sport
10 months ago

Forget the mass choreography, the huge props and the cornucopia of dancer, actors and lights associated with an Olympic Games opening ceremony.
Sport
11 months ago

A month to go before the opening of Tokyo Olympics, as organisers vow to put on ‘safe and secure’ Games
Sport
1 year ago