‘Devilsdorp’ killers: Six bizarre details that didn’t make it into the doccie 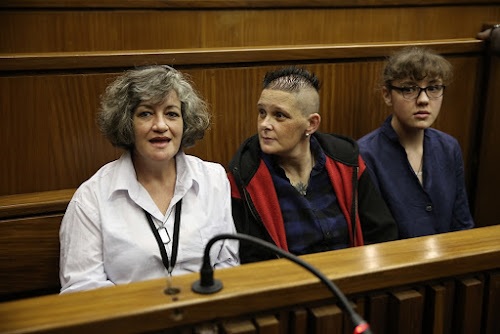 Cecilia Steyn, the leader of Electus Per Deus, flanked by two of the members of the cult-like group, Marinda Steyn, left, and Marcel Steyn. File photo.
Image: Alon Skuy

Showmax’s local true crime series, Devilsdorp, has been called SA’s answer to Tiger King. While the first focuses on a horrific killing spree that shook Krugersdorp, and the other on an eccentric American zookeeper hell-bent on revenge, these documentaries do have something in common: just when you thought the story behind them couldn’t possibly get any more bizarre, it does.

Devilsdorp recounts the tale of Cecilia Steyn, a supposed 42nd-generational witch, and the God-fearing Christians who tried to help her escape the clutches of the Satanic church.

Some of these characters would eventually become part of Steyn’s inner circle, forming Electus Per Deus (Chosen by God), a cult-like group collectively responsible for the murder of 11 people between 2012 and 2016.

WATCH | The trailer for 'Devilsdorp'.

Steyn is presented as the puppet master behind these cold-blooded crimes. The “marionettes” doing her lethal bidding included Marinda Steyn, her two children Le Roux Steyn and Marcel Steyn, Zak Valentine and his late wife Mikaela Valentine and John Barnard.

The gripping documentary features plot twists and jaw-dropping revelations aplenty. However, there are some bizarre details about the Electus Per Deus gang that weren’t included — or elaborated on — in the series.

Here are six of them:

Ria Grunewald, the leader of the religious group Overcomers Through Christ, was determined to rescue people from the evil grips of occultism. She even developed a course called “Know Your Enemy” to equip others with the knowledge they’d need to do so.

The foundation of the course was a manual of the same name compiled by Cecilia. Curiously though, this woman who claimed to be the bride of Satan didn’t know that much about the subject, says her former bestie, Candice Rijavec.

Rijavec, who features in Devilsdorp, has released a podcast series called The Best Friend: Chronicles of the Krugersdorp Killers. In one episode, she explains Cecilia had tasked her with doing research for the manual, which ended up being cobbled together using information from websites.

Rijavec expressed her concerns regarding copyright infringements, which is one of the reasons why the author isn’t listed as Cecilia but rather Xena, one of her alter egos allegedly stemming from her dissociative identity disorder.

Another, says Rijavec, is that the Know Your Enemy manual couldn’t be directly linked to Cecilia if anything went wrong — like in the case of a future murder trial, perhaps?

2. ALTER EGOS AT HOME IN A TEDDY BEAR

Xena is one of the many alter egos Cecilia is claimed to have spawned as a result of developing dissociative identity disorder as way to cope with her alleged traumatic upbringing in the Satanic church. She said these alter egos slept in one of Marcel’s teddy bears at night.

That’s according to Outcast (Malherbe Uitgewers), the book by Marizka Coetzer, the journalist featured in Devilsdorp who famously fell in love with Le Roux while covering his trial.

In Coetzer’s book, Le Roux explains that this notion petrified his little sister, who was only ten at the time. Marcel was told that the alter egos housed in her plush toy could spy on her, and that Cecilia would be punished by demons if they reported she’d done anything wrong.

In it, Marx recounts how Cecilia invented fake love interests for Marinda, Le Roux and Marcel, and these fictitious people to manipulate them.

These imaginary “lovers” were occultists trying to break away from the Satanic church and could be killed if anyone found out they were dating Christians. That’s why, members of the Steyn family were told, they could never meet them in person and could only communicate with them via text messages. None of them suspected it was Cecilia on the other end of the phone.

Six conspirators, 11 deaths. This is the story of how a group of people living in Krugersdorp went on a four-year killing spree. At the time this video was first published in August 2019, three of the perpetrators were behind bars. The remaining three have since been served with multiple terms of life imprisonment.

That’s how Marinda embarked on a serious two-year relationship with a make-believe man named “John”. She was even given photos of him, which were in fact snaps of a random model sourced off the internet by an unsuspecting Rijavec.

In an episode of her podcast, Rijavec recounts how Cecilia "killed" John to punish Marinda for a minor annoyance. Marinda became so hysterical when told the “love of her life” was dead that she had to be taken to hospital where she was given medication to calm her.

Though Rijavec says she “badly” wanted to tell the heartbroken woman the truth, Cecilia prevented her from doing so. She believes had Miranda known about this elaborate lie, she would have broken her “unnatural” loyalty to Cecilia and turned on her during the trial.

In Outcast, Coetzer provides further evidence of this manipulation tactic. She recounts how Cecilia turned the girlfriend she had invented for Le Roux into a hostage to get him to go along with the first of the appointment murders.

The girl had supposedly been kidnapped after her mother stole money from the Satanic church to fund Cecilia’s psychology sessions. She’d be killed unless the members of Electus Per Deus found a way to pay it back.

Coetzer reveals in Devilsdorp that she personally knew one of the victims of the appointment murders, Kevin McAlpine, who was the son of a family friend. But did you know that Fabian Luff, one of the men initially arrested and later fully acquitted for these crimes, is her cousin? 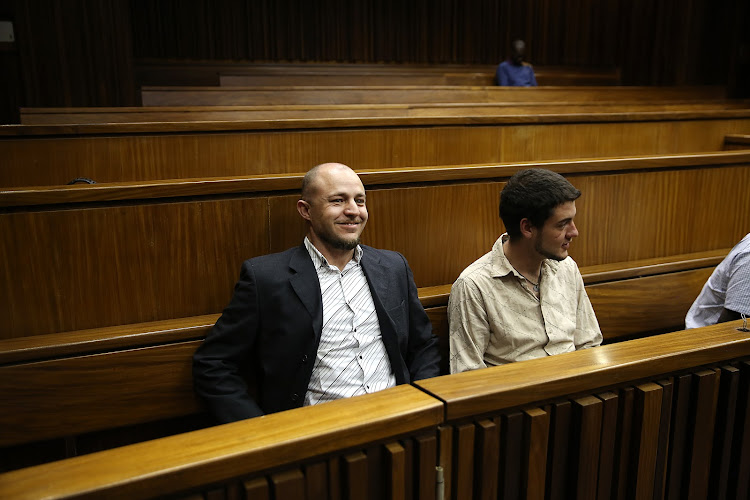 In her book, Coetzer details the torture Luff says he was subjected to while the police were questioning him about the murders committed by her future flame, Le Roux.

5. BRIDE OF SATAN MARRIED TO A POLICE OFFICER

How could Cecilia’s now ex-husband not have known something fishy was going on under his roof? In The Krugersdorp Cult Killings, Marx writes that the pair lived separate lives and slept in different rooms.

Furthermore, the members of Overcomers Through Crist were forbidden from talking about anything spiritual in front of him, and he was always at work on “high nights” when they’d come over to protect Cecilia from satanic attacks.

In addition to Cecilia being a Satanic witch, albeit a supposedly reformed one, Devilsdorp mentions she could allegedly turn into a werewolf. She also told Rijavec she was a vampire who enjoyed the taste of blood.

As three supernatural creatures neatly packaged into a single person, Cecilia claimed to have an array of occult powers.

In an episode of her podcast, Rijavec runs through the main ones, explaining which of these powers she believes the Electus Per Deus puppet master might truly possess and which are “complete nonsense”.

The list includes the ability to astral project, read people’s minds, levitate, walk on water, turn invisible, control objects with her mind, hurt people without touching them, teleport  and disguise herself by changing her appearance in the eyes of others.

'The Serpent': Chilling tale of a serial killer makes for a fascinating watch

Based on the true story of Charles Sobhraj, who preyed on hippies in the '70s, this crime drama is as much a whydunnit as a whodunnit
Lifestyle
9 months ago

Branded and blackmailed: 'How I survived the devious sex cult, Nxivm'

To the outside world, Nxivm was a wellbeing programme for the rich and famous. But to insiders, it was a living nightmare of manipulation and abuse
Lifestyle
1 year ago