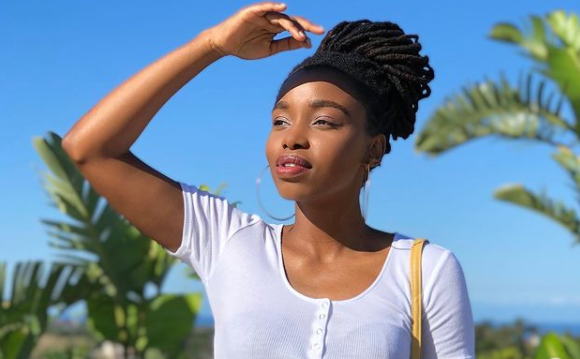 Ten beauty queens will compete for the Miss SA 2021 crown in October, but there is already a firm fan favourite.

The 10 finalists were announced on Wednesday in a reveal on the pageant’s official YouTube account. They were selected by former Miss SA winners Bokang Montjane-Tshabalala, Liesl Laurie, Melinda Bam and Tamaryn Green and by popular vote.

Votes were cast across the country, with 26-year-old Zimi Mabunzi grabbing the lion’s share of votes.

Speaking moments after being unveiled as the popular vote, Mabunzi said : “I feel no pressure whatsoever. I feel affirmed and blessed that people have faith in me. I am happy my journey, our journey, has resonated with people because I am all about community.

“I feel no pressure at all. It means we are on the right path”.

Mabunzi is a final year law student from Qonce (formerly King William’s Town) with a passion for music.

In her spare time she loves to work out, sing and cook. Her favourite meal is umphokoqo and umngqusho.

She won the hearts of many South Africans who mobilised on social media to vote for their queen.

Mabunzi said she was not aware of the army of supporters she had, but was blown away by the love.

“I was trying to do my best each day to show myself as a possible representative of Miss SA and my country at large. I am so fortunate to have people who believe in me and show me their support. I did not expect to have so much love but it affirms my journey.”

The Miss SA final will be held at a glitzy ceremony in Cape Town’s Grand West Arena on October 16.

Which Miss SA finalist has your vote?

And here's who she will be up against. The finalists include pilot Cheneil Hartzenberg, doctor Moratwe Masima, Former Miss SA top 5 finalist ...
Lifestyle
5 months ago

The book is inspired by Musida’s childhood and the bullying she experienced when she moved to a new province and a new school.
Lifestyle
6 months ago

There was no 'Miss SA privilege': Pageant clears the air on Shudufhadzo Musida's graduation

A video of Musida walking across the stage at the university in the presence of vice-chancellor Zeblon Vilakazi triggered questions and criticism of ...
Lifestyle
6 months ago