Fancy a giant leap into space in Branson's Virgin Galactic? It'll set you back R6.5m

Passengers can either purchase a single seat, a multi-seat package or a full-flight buy out 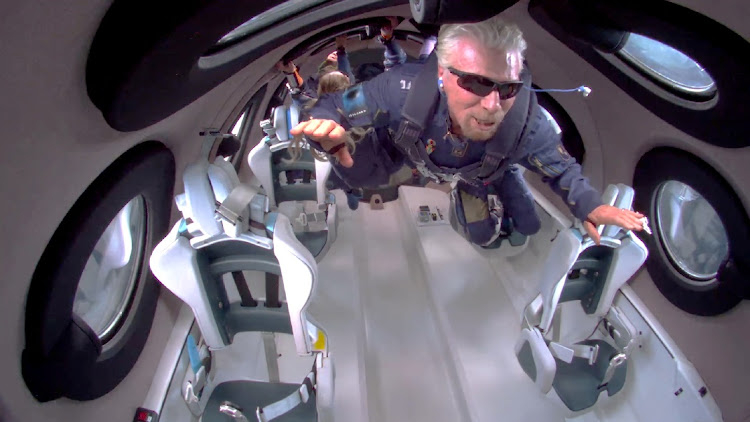 Billionaire Richard Branson floats in zero gravity on board Virgin Galactic's passenger rocket plane VSS Unity. The company is now offering passenger flights to the public - if you have R6.5m to spare.
Image: Virgin Galactic/Handout via Reuters

Spaceship company Virgin Galactic said it will open ticket sales on Thursday for space flights starting at $450,000 (about R6.5m) a seat, weeks after billionaire founder Richard Branson's high-profile trip to the edge of space.

Branson soared more than 80km above the New Mexico desert aboard a Virgin Galactic rocket plane on July 11 and safely returned in the vehicle's first fully crewed test flight to space, a symbolic milestone for a venture he started 17 years ago.

Shares of the company rose 5% in extended trading on Thursday.

In June, Virgin Galactic received approval from the US aviation safety regulator to fly people to space.

The company said it will have three consumer offerings — a single seat, a multi-seat package and a full-flight buy out.

Sales will initially open to the company's significant list of “early hand-raisers”, it said.

Bezos and Branson bicker over where exactly space starts

As Jeff Bezos is poised to make history next week with his suborbital flight with an all-civilian crew, comparisons are being drawn with his rival ...
News
4 months ago