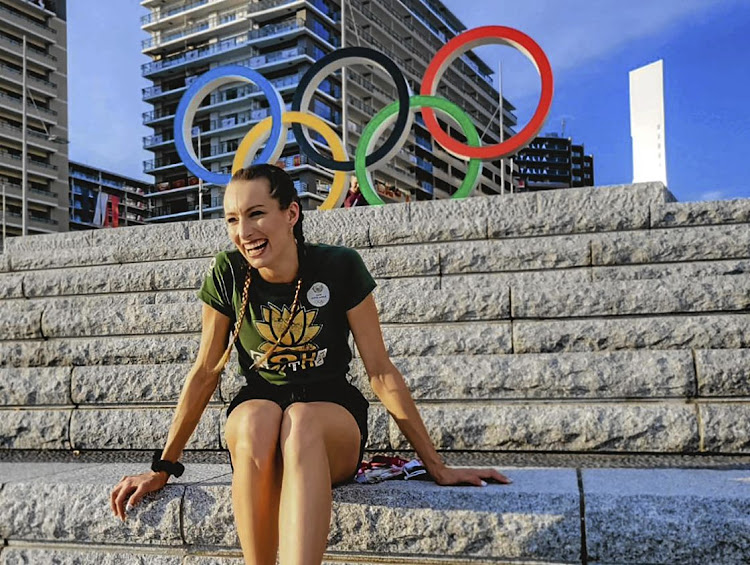 Olympic gold medal winner Tatjana Schoenmaker is ecstatic about her days at the Tokyo Olympics, which went too fast for her liking.
Image: Instagram

Olympic gold medallist Tatjana Schoenmaker has become an instant celebrity in SA — and she loves it.

The 24-year-old swimmer told the Sunday Times: “My life is very different now. Suddenly people recognise me, they want to take photos with me. They work up the courage to come and ask if I am ‘the real Tatjana’ and if I am really me. But it’s not too overwhelming, it’s actually very nice.”

Her euphoria does not appear to have been dampened by this week’s controversy over whether she and South African surfer Bianca Buitendag, who won silver, will get bonuses for winning medals at the Tokyo Olympics.

Despite a crowd-funding campaign following reports that no bonuses had been budgeted for, sports minister Nathi Mthethwa on Tuesday insisted the two would get bonuses.

Questions about the issue were off limits during her interview with the Sunday Times this week, shortly before she and her sister Fabienne, 22, flew out of SA on Friday to spend the rest of the month with their parents at their home in Holland.

Wine and crowdfunding: SA clubs together to reward Olympic medallists amid bonus fiasco

“You spend 16 years working for this dream of going to the Olympics. And then you make it — and suddenly two weeks later it’s all over, and you’ve suddenly got everything you have ever worked for.”

She values her new medals. “I know a gold medal is a worldly thing, everyone wants to see it and touch it, so I just feel safer with it locked away,” she said.

Yet, despite having reached the pinnacle of Olympic gold and a new world record, she has no plans to sit back and bask in glory, or settle into “normal” life. After her holiday she will dive straight back into her routine, with the aim of eventually competing again at top level and making it to the 2024 Olympics. “I [also] have the Commonwealth Games and the World Champs next year,” she said.

Last year Schoenmaker graduated with a BCom in financial sciences and she is continuing with her studies this year, as is her boyfriend, swimmer Ruan Ras, who is busy with his master’s degree in architecture.

She lives in Pretoria near the High Performance Centre, where she trains 11 times a week — twice on weekdays and once on Saturdays.

You spend 16 years working for this dream of going to the Olympics. And then you make it — and suddenly two weeks later it’s all over, and you’ve suddenly got everything you have ever worked for

Every session is between 90 minutes and two hours, and is topped by another two weight-training sessions a week.

The athlete said she was looking forward to a few weeks off, to enjoy summer with her family.

The family got together in Holland in December, when it was winter, but now the two daughters will be visiting for the first time since their parents, father Rene and mother Renske, moved there in January.

The couple flew back to SA to watch the Olympics with friends and family at the home they still have in Roodepoort.

“I am so lucky and blessed to have parents who have supported me financially and emotionally. And it is 100% through God’s grace that I am able to do what it is that I love most, which is to swim,” Schoenmaker said.

How much should Olympic medallists get?

SA’s last hope of a fourth medal at the Tokyo Olympic Games faded quietly when Stephen Mokoka quit a little past the halfway mark of the men’s ...
Sport
3 months ago

The late Barbara Dowell, once the face of synchronised swimming in SA, was a wonderful raconteur with a library of anecdotes.
Sport
3 months ago

Two women, three medals. Unless one of the three men made the podium in the marathon early this morning, for the first time in SA Olympic history, ...
Sport
3 months ago