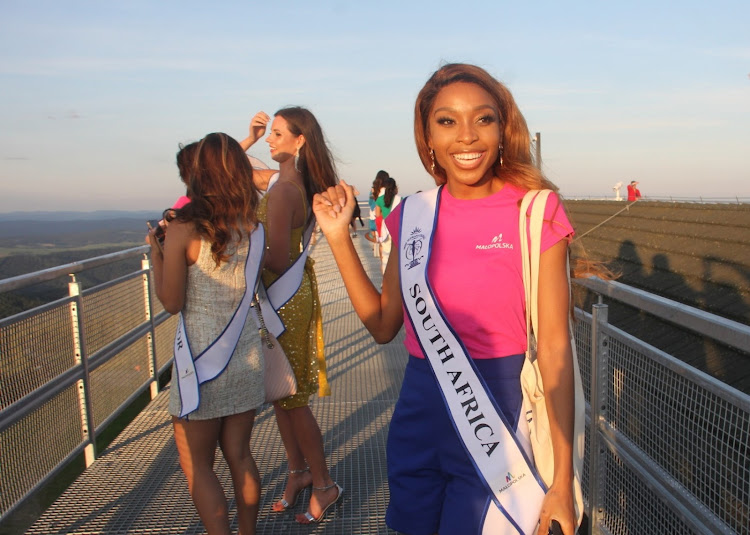 Thato Mosehle, 26, is flying the SA flag high as she competes in the Miss Supranational pageant in Poland.

She told the Sunday Times that one of the things she was most looking forward to about participating in this global event was the chance to “make up for the isolation of Covid-19” and spread her “social wings”.

“I am really excited about travelling and exploring. When you get to travel and network, it is 50 times the experience. There are 50 or so contestants and I am beyond excited to get to know these diverse and exceptional women.”

Mosehle was named the first-runner up in the 2020 Miss SA pageant, and is the first woman to compete at Miss Supranational under the Miss SA banner. 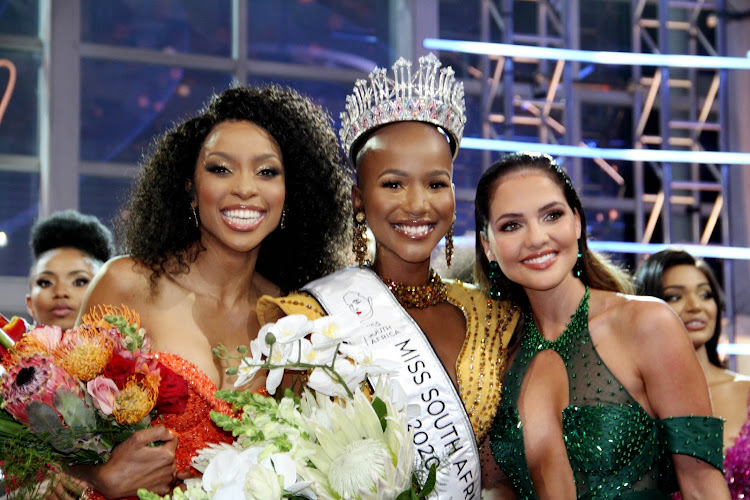 Though other South Africans have participated in the pageant, she is the first woman of colour to represent the Rainbow Nation.

2. SHE COULD MAKE HISTORY

Should the brainy beauty claim the crown during the competition’s glitzy finale on August 21, she will have the honour of being the first South African to wear it.

Mosehle completed her Bachelor of Medicine and Bachelor of Surgery (MBChB) degree at the University of the Free State.

As a doctor, she’s been working on the frontlines during the pandemic and says when Covid-19 struck “there was a lot of misinformation”.

Medical doctor Thato Mosehle flew off to Poland on Wednesday to represent Mzansi at the upcoming Miss Supranational pageant.
Lifestyle
5 months ago

Keen to dispel some of the myths and “empower” people with the knowledge they need to “make good personal choices”, Mosehle launched #ChooseDay Talks with Dr Thato, a series of weekly health-focused chats on Instagram.

Mosehle ultimately hopes to become an anaesthesiologist. She believes her empathy and calming demeanour would assist people at the daunting start of surgery.

Mosehle hails from Stilfontein in the North West and comes from a law enforcement background. Her mother is a police officer and her father is the operational director for a security company and a small-scale farmer.

“I come from a small town where you have basically made it if you’re a doctor,” Mosehle says. “I have always been [the type of] person who aspires for more, and I keep breaking ceilings to get the next floor.

“As long as we are alive, we can achieve anything.”

This philosophy inspired her to enter Miss SA as it would give her a platform to spread the message that education is power.

Thato Mosehle looks as fierce and powerful as a superhero in her national costume for the Miss Supranational pageant.
Lifestyle
5 months ago

She says receiving a good education allowed her to thrive in a career that was previously unavailable to people like her, and she hopes that by representing SA on the global stage at Miss Supranational she will inspire others to start legacies of success stories within their own families.

“I know I won’t fix the issues facing SA, but our history as a country has proven that when an individual inspires those who follow to make a change, it creates a ripple effect and the significant change will be enjoyed by generations to come.”

Mosehle told Miss SA she initially wanted to be a Protea netball player but after a “terrible knee injury” she turned to pageants instead.

6. MAKE-UP MOGUL IN THE MAKING

Mosehle studied make-up artistry part-time at the Beauty Therapy Institute and dreams about releasing her own make-up line.

She enjoys watching make-up tutorials and perfecting her make-up skills on herself and other people, including her famous friend, Miss SA Shudufhadzo Musida.

In her free time, Mosehle enjoys trying out new recipes. She told the Saturday Star if she could only shop in one store for the rest of her life, it would be a grocery story because “food is life”.

Her Miss SA bio lists her favourite food as burgers – “because each burger has its own personality” - and her guilty pleasures as Sippy sherbet and original Chappies.

Mosehle credits her dad for her “dry sense of humour”, which comes across in many of her social media posts.

She says “our humour” is one of the things she loves most about South Africans.

“We are a nation that has been through a lot but a day doesn’t pass without someone cheering up someone else.”

WATCH | ‘Buy a donkey’: US beauty queen gets a lesson in SA lingo

SA's Thato Mosehle has taught her roommate at the Miss Supranational pageant some Saffa slang.
Lifestyle
5 months ago

The beauty queen's suitcases will be stuffed with outfits by local designers as she jets off to Poland to compete in the international pageant.
Lifestyle
6 months ago

Miss SA second Princess Natasha Joubert will be the first to represent SA, at Miss Universe on May 17.
Lifestyle
10 months ago