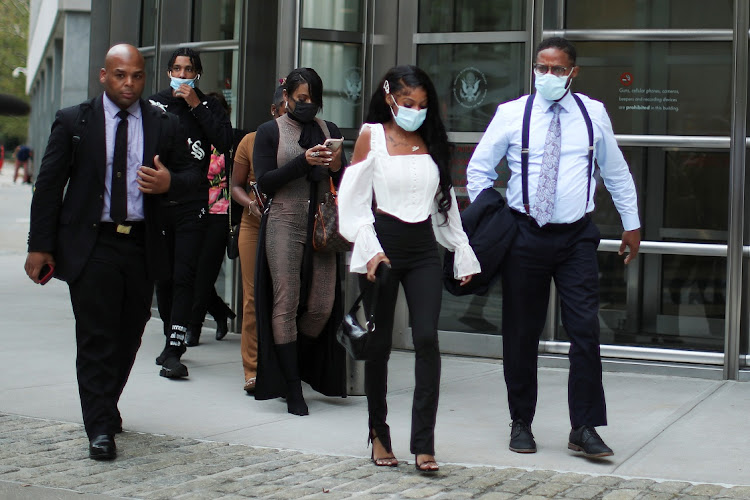 R. Kelly is a “predator” who demanded absolute fealty from the many women and underage girls he dominated in a two-decade racketeering scheme, a federal prosecutor said on Wednesday as the R&B star's sex abuse trial began.

Kelly's defence team countered that the government's case had “gaps,” and that the 54-year-old singer's accusers were unhappy former fans who wanted to get back at him because their relationships didn't work out.

In her opening statement, Assistant US Attorney Maria Cruz Melendez told the Brooklyn jury of seven men and five women that Kelly used “lies, manipulation, threats and physical abuse” to control his victims, and often filmed their sexual encounters.

The indictment describes Kelly's alleged dealings with six women and girls, four underage at the time. They include the late singer Aaliyah, who was 15 when she married Kelly.

“This case is about a predator,” Melendez said. “This case is not about a celebrity who likes to party a lot.”

“They knew exactly what they were getting into,” Becker said.

Kelly, a three-time Grammy winner whose songs include “I Believe I Can Fly” and “Bump N' Grind,” has pleaded not guilty to a nine-count indictment that includes accusations of bribery and extortion. He has strongly denied wrongdoing.

Prosecutors say Kelly used an entourage of managers, bodyguards and others to recruit victims, and threatened to blackmail them if they fled.

The first prosecution witness, Jerhonda Pace, 28, testified she had once been a fan of Kelly. She also said she had his name tattooed on her left breast, at his suggestion.

But Pace said their relationship became difficult, with Kelly demanding she call him “Daddy” and get his permission to go to the bathroom, and ended after he choked her until she passed out.

Known as Jane Doe No. 4 in the indictment, Pace said Kelly knew she was 16 when they had intercourse because she had shown him identification, but told her to pretend she was 19.

“He told me he was going to train me to please him sexually,” Pace, now married and soon expecting her fifth child, testified.

Pace also testified that Kelly gave her herpes, while prosecutors said DNA evidence from a shirt she wore matched his.

Asked if she still had the tattoo, Pace said: “It's covered up with a black heart.”

Pace's testimony will continue on Thursday. Other female accusers and at least one male accuser are expected to testify for the government also, some using only their first names.

The trial was delayed several times by the coronavirus pandemic and is expected to last about one month.

It is the culmination of years of suspicions and accusations against Kelly, many discussed in the 2019 Lifetime documentary “Surviving R. Kelly,” and nearly four years after the start of the #MeToo era.

Kelly has been jailed for more than two years, and could face decades in prison if convicted.

Even if he is acquitted, he still faces sex-related charges in Illinois and Minnesota, where he has also pleaded not guilty.

Award-winning artist has pleaded not guilty and denied wrongdoing.
Lifestyle
2 months ago

Singer R. Kelly appeared in a New York City courtroom on Tuesday for a hearing days before his sex abuse trial is due to begin.
Lifestyle
2 months ago

Melendez said another accuser, Sonja, was sexually abused nearly two decades ago at Kelly's studio in Chicago, where the 22-year-old hoped to interview him for a radio station where she interned.

The prosecutor said Sonja was locked in a room at the studio for three days, and once lost consciousness after being fed.

Upon awakening, Sonja felt wetness between her legs, saw Kelly fastening his pants, and realised she had been sexually assaulted, Melendez said.

Later in the trial, prosecutors will try to show that Kelly bribed an Illinois official in 1994 to obtain a fake ID for Aaliyah, who is Jane Doe No. 1 in the indictment and whose marriage license showed her age as 18, so that they could marry.

According to prosecutors, Kelly believed he had impregnated Aaliyah, and hoped a marriage would keep her from having to testify against him. Aaliyah died in a 2001 plane crash.

Eight counts in the indictment allege violations of the federal Mann Act, which makes it a crime to transport people across state lines for prostitution.

Rock and roll pioneer Chuck Berry is among other well-known people convicted under that law. The actor and filmmaker Charlie Chaplin was acquitted of the charge.

Kelly was acquitted of child pornography charges at a 2008 trial in Illinois.

He last released a studio album in 2016. Kelly's career stalled following the Lifetime documentary and the latest charges.