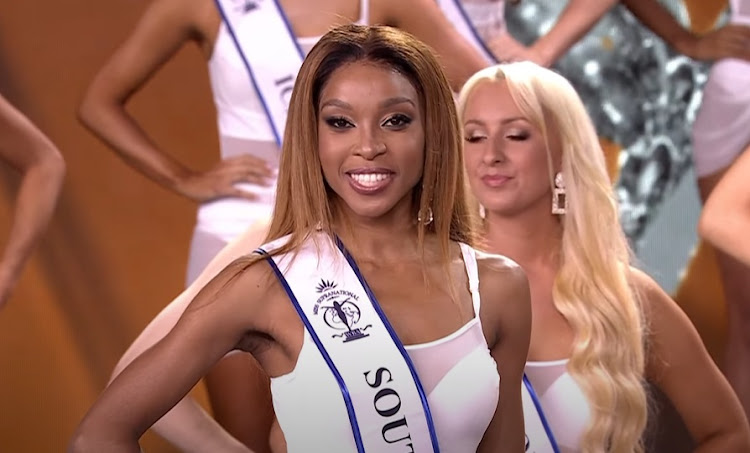 SA Twitter went into celebration mode after the finale of the Miss Supranational pageant, which took place in Poland on Saturday.

Social media came out in full force to express their pride that Mosehle had made it into the Top 3. There were tweets praising her grace, her stage presence and her wardrobe.

She wowed us. She owned the stage, she is powerful, bold and fierce!!! Well done @ThatoMosehle we couldn’t be prouder of you 🔥🔥🔥🔥❤️‍🔥❤️‍🔥❤️‍🔥❤️‍🔥@Official_MissSA #misssupranational2021 #thato #MissSupranationalSouthAfrica pic.twitter.com/nOpmp5U088

She flew the South African flag so gracefully, I'm so proud😍🇿🇦 pic.twitter.com/CstGve52jc

Considering that this the first time ever, that the Miss SA organization has sent a representative to the Miss Supranational competition, Thato did incredibly well! Second runner up is not joke..such a proud moment!! 😭🙌🏽 #misssupranational2021

Thato is the first Miss SA candidate in this competition and she placed 3rd ??! Yeeees Queen 👏🏾👏🏾👏🏾

Omg, she went for the right dress ✨👏 Congratulations Thato pic.twitter.com/UlyC61StLX

The insightful answer she gave during the Q&A session with the pageant’s judging panel was also remarked upon.

Mosehle was asked to take a moment to share a message with a young person who is being cyberbullied — something which can take a toll on one’s mental health.

The local queen, who admitted to being sometimes being cyberbullied herself, said she’d tell them to ignore it.

“Most bullies are going through a lot in their personal lives and are imposing the beliefs that they have about themselves on you,” she elaborated.

“You should not believe the negative comments that you get on social media, you should understand that a person is hiding behind their own pain.

“So I think that in order for youth to move forward in general we should just understand that social media is just social media  — nothing that goes on there is ever accurate.”

Congratulations to Thato Mosehle for being a 2nd runner-up. I still believe she deserved a win based on Q&A. #misssupranational2021 pic.twitter.com/35ipzKeHuw

Our girl is the best spoken and answered the best IMO. Regardless of outcome. Thato killed it 🥳🥳🥳🥳🥰🥰🥰 We are so proud #ThatoForMissSupra #misssupranational

Shortly after the finale, an elated Mosehle took to her Instagram stories to thank her fans for all the messages of love and support.

“I had the best time of my life on stage,” she added — and it showed.

Namibia's Chanique Rabe bested 57 beauties from around the globe for the title of Miss Supranational on Saturday.
Lifestyle
3 months ago

Should the brainy beauty claim the crown during the pageant's finale, she'll make history as the first South African to wear it.
Lifestyle
3 months ago

Thato Mosehle looks as fierce and powerful as a superhero in her national costume for the Miss Supranational pageant.
Lifestyle
3 months ago

The SA beauty queen has been serving up some spectacular looks while competing in this international pageant.
Lifestyle
3 months ago