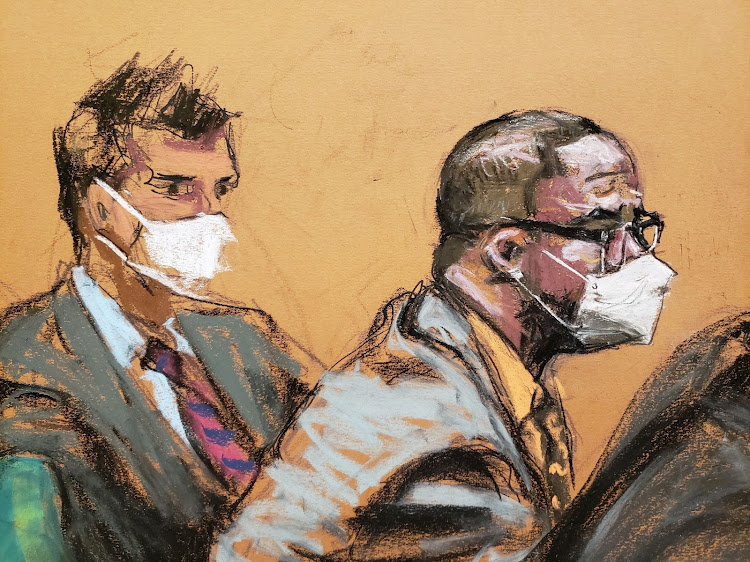 A former girlfriend of R. Kelly on Monday told jurors at his sex abuse trial that she suffered through a five-year relationship with the R&B singer marked by frequent violence and control of her every move.

Testifying for the prosecution, the woman, known as Jane Doe No. 5 in Kelly's indictment, said the singer regularly checked her cellphone to make sure she did not gossip to friends about their relationship, which began in 2015 when she was 17.

She also said Kelly “chastised” her for disobedience, including by spanking her hard enough to leave bruises and tear her skin.

“I would get chastised nearly every two or three days,” the woman said in Brooklyn federal court.

Now 23, Doe said Kelly also ordered her in 2017 to have an abortion she did not want after he had impregnated her.

Doe's testimony for the prosecution comes on the fourth day of Kelly's trial.

R. Kelly is a “predator” who demanded absolute fealty from the many women and underage girls he dominated in a two-decade racketeering scheme, a ...
Lifestyle
8 months ago

The I Believe I Can Fly singer, 54, has pleaded not guilty to a nine-count racketeering indictment describing his alleged abuse of six women and girls, including the late singer Aaliyah.

Kelly's trial is expected to last several weeks, and he could face life in prison if convicted.

Doe testified that she first encountered Kelly at an Orlando festival, where he paid “a lot of attention” to her during his performance and had a member of his entourage slip her his phone number.

She said she was at the time a high school junior, hoping to have her own singing career.

Doe said she agreed to meet Kelly at a hotel for an audition, but that Kelly would not let her sing until he first performed oral sex on her.

After that encounter, Doe said she began regularly meeting Kelly and having sex with him in different cities, with an assistant for Kelly arranging flights. She said Kelly invariably recorded their sexual encounters on an iPad.

Like other prosecution witnesses, Doe told jurors that Kelly had strict rules, which included getting his permission to do nearly anything — even leaving a room to get food or go to the bathroom.

Award-winning artist has pleaded not guilty and denied wrongdoing.
Lifestyle
9 months ago

She also said Kelly demanded that she call him “Daddy” and kiss him as soon as he walked into a room.

At one point, Doe testified, she was diagnosed with herpes after experiencing pain during sex that “got worse to the point where I couldn't walk”.

“I was devastated,” Doe said, breaking down in tears. Doe said she had never been with anyone else and believed Kelly had “purposely given me something that he knew he had”.

Kelly even joked about herpes, saying “everyone has it”, Doe testified.

Doe said Kelly first slapped her at the end of the summer of 2015, after she told him she was 17 and had to return to school.

She said Kelly proposed that she attend her senior year remotely, while living with him in Chicago, and that her parents agreed to put her under the care of a woman Kelly knew.

Doe said Kelly became more violent as time wore on, once beating her with a sneaker after he caught her texting a friend about their relationship.

She also said she witnessed Kelly hitting other girlfriends, and that Kelly once forced her to film a video smearing faeces on her own face.

Singer R. Kelly appeared in a New York City courtroom on Tuesday for a hearing days before his sex abuse trial is due to begin.
Lifestyle
9 months ago

R Kelly told a federal judge on Wednesday that he fired two of his defence lawyers, exposing deep rifts in the singer's legal defence team ahead of ...
Lifestyle
11 months ago

According to R Kelly’s attorneys, the former singer convicted of sexual assault was allegedly attacked in his Illinois jail cell.
News
1 year ago