SPOTLIGHT | Win hampers with ‘Gunpowder Milkshake’; family fun in ‘Around the World in 80 Days’ 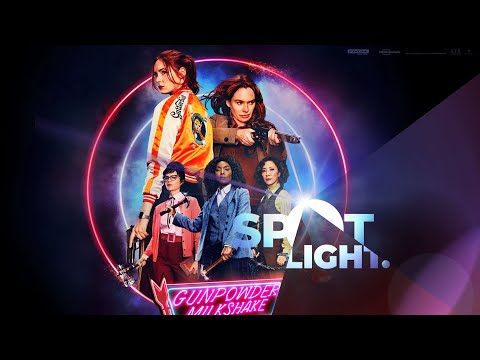 Spotlight is our entertainment bite-sized snapshot featuring new entertainment releases in SA, exclusive film trailers and much more. New episodes are out every Thursday in Sunday Times Lifestyle and on YouTube, plus you can follow Spotlight on Facebook.

This week’s episode is filled with nostalgia, with the release of an animated version of the Jules Verne classic, Around the World in 80 Days.  A fun-filled movie for the whole family, a bookish marmoset embarks on a wild adventure to travel around the planet after accepting a challenge from a greedy frog. Spotlight attended an advance screening, and includes some of the reactions from cinemagoers. Look out for the clips of our younger audience members telling us why they love going to cinemas again.

We also have a look at a dangerous assassin who reunites with her mother to take down a ruthless crime syndicate in the new cinema release, Gunpowder Milkshake.  Be warned there is nothing mild about the action scenes, and it is definitely not for sensitive viewers.

Look out for the trailer of Spencer, coming to cinemas in November, with Kristen Stewart in the lead role as Diana, Princess of Wales. This highly anticipated biography focuses on the royal family’s Christmas holidays at Sandringham estate, where Diana decides to leave her marriage to Prince Charles.

On the smaller screen, we feature the trailer of the upcoming documentary United Apart SA, exclusively on Showmax from September 9.  This extraordinary documentary is proudly funded by Arena Holdings, and contains fascinating footage of SA’s trials, joys and tribulations over the past 18 months of lockdown.

Don’t forget, cinemas are open with entertaining movies on the big screen, and social distancing and health protocols ensure it's one of the best places to spend your free time.

To celebrate the release of Around the World in 80 Days we have two travel adventure hampers from Cape Union Mart to give away. The hampers consist of a buff, water bottle, flashlight, sunglasses and a backpack with a K-Way Talus floppy hat. Each hamper is valued at R900.

To enter the draw, SMS the keyword SPOTLIGHT and your answer to 41742 before 12pm on September 8.

Question: What is the name of the greedy frog in Around the World in 80 Days?