Whether they sell food, fashion or ceramics, the stores in Rosebank's cool new retail precinct all offer local products that have a unique story to tell 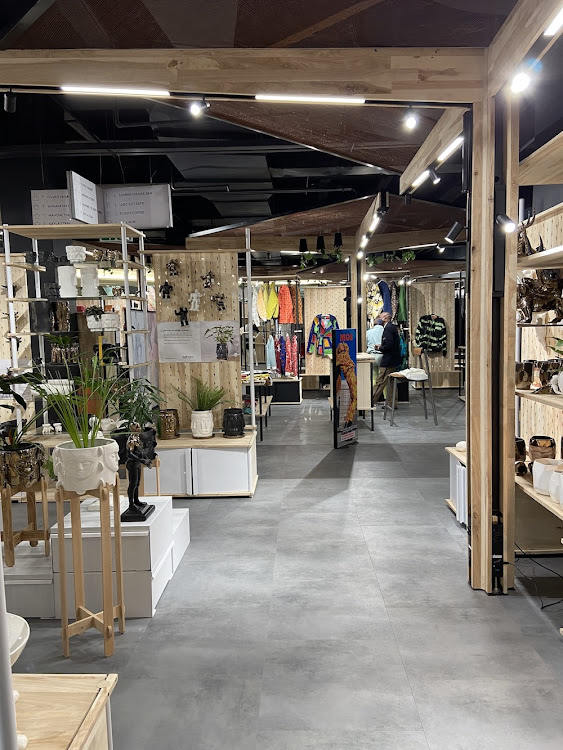 There's something for everyone at Soko District.
Image: Zodwa Kumalo-Valentine

“It’s always been a dream of ours to make the milk tart famous internationally. We have different flavours, from cashew to pecan nut, milk chocolate and even cardamom and ginger. If the croissant can be famous, why can’t the milk tart?”

So says Divan Botha, co-founder and owner of Flight, one of the anchor tenants in the newly opened 1,100m² Soko District in Rosebank. It’s a premium coffee bar offering milk tarts (of course), pastries and other delectables by master bakers, chocolates by chocolatiers, and soon shoppers will be able to walk around, cocktail in hand, thanks to a mimosa-and-gin station.

While the Rosebank shopping precinct caters to various markets via The Zone, The Firs and the Rosebank Mall, Soko District founders Ricardo and Jeanine Rocha, Hanré and Chris Truter saw a gap in a curated offering to house purebred SA brands, each with a unique story.

The aim: to inspire and grow local brands by providing a platform for people to get their products, while also offering an immersive space for customers to break away from their routine.

While there are two other Flight outlets, in FNB’s head office and at Absa, which opened about seven years ago, Botha’s best known for the Whippet Coffee. Sadly, the Whippet Coffee in Melville, among many others, was forced to close late last year.

With in-office coffee sales hampered by a change in workforce habits, Botha says they’ve found new hope and a home at Soko.

“If this district works we can duplicate Flight at different outlets, and the goal is to take the concept abroad,” says Botha. Plans are afoot to replicate the model in the Netherlands — one of two countries the team is eyeing.

Andrew Khanye confirms this is the first of many to come. “We wanted to have different brands that stand for something — whether it’s culture or a specific approach or product,” says the Soko District manager who has a wealth of experience in retail and customer relations, in SA, the UK and US.

Along with his team, Khanye’s role is to bring in and transfer the knowledge of running a retail business to tenants.

“Most of the brands here have sold or sell online, but have never had a brick-and-mortar store, and we chose them for that reason too. We didn’t want brands that are in every mall. After a long search, research and vetting process, we chose brands we felt deserved a chance — and exposure.” 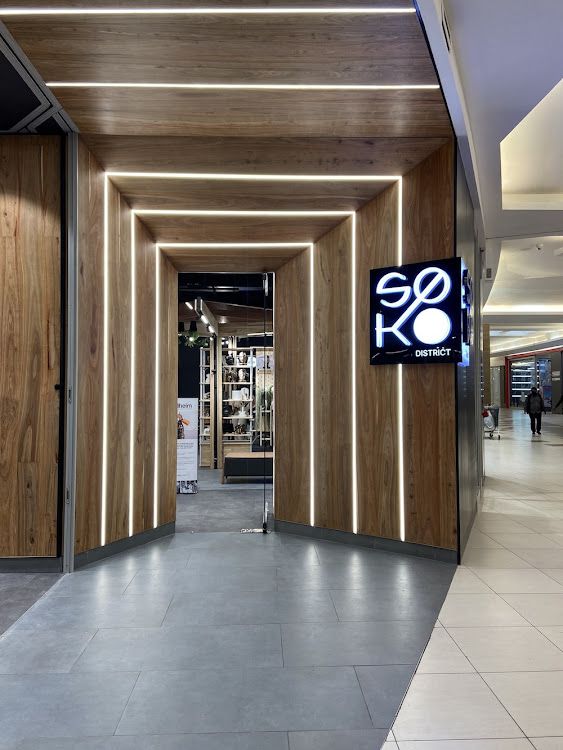 Soko District: Soko means 'the market' in Swahili and 'that place' in Japanese.
Image: Zodwa Kumalo-Valentine

The company behind Soko District is first and foremost a hardware and technology company, and this its first big foray into the retail space. What sets it apart from other mall offerings is the considered approach and commitment to supporting and growing local businesses.

Given that first-time entrepreneurs seldom have start-up funding for the required three-month deposit, plus first month’s rent, capital for stock, staff, and shop fittings, Soko tenants don’t have to pay a deposit. They pay only 20% of their turnover, plus electricity and water. Additionally, there are no compulsory fixed-term leases. Tenants can sign agreements from three days to three years.

“All the shop fittings are theirs to use and once they decide to go elsewhere, we can rebuild them for the next tenant. Everything you see in here is Soko’s — from the furniture to the lights and double-volume, custom-made sliding doors,” says Khanye.

“What really attracted me to Soko is that as an online brand and small business, it’s difficult to transition from online to physical retail,” says Kayla Stam, of the eponymous ready-to-wear, workwear and loungewear brand for women.

“We don’t have the long-term financials to prove we’ll be able to pay the rental, and signing a three-year lease when you’re a two-year-old brand is scary because you don’t know if it’s going to work. I got to choose how long or short I wanted my lease to be, which gives me the chance to actually trial the retail experience and see if it’s really for me.”

And there is an understanding of the value of a shared customer community. Khanye describes the symbiotic relationship thus: “Flight serves its coffee in Rialheim mugs, which naturally lends its customers to their neighbouring tenants, another anchor at Soko.

“It’s a community of people from different walks of life, brands that share clientele and sell to one another. That’s how we can offer them what we do because we’ve brought them all together under one roof.”

• This article was originally published on Wanted Online. Visit wantedonline.co.za for the latest in luxury lifestyle news.

You'll need to visit this glam Joburg eatery more than once in order to fully appreciate the diverse selection of dishes and drinks on offer, writes ...
Lifestyle
1 year ago

You can savour your favourite whiskey while having a hair cut, pedicure or facial at this upmarket barbershop in Rosebank, Joburg
Lifestyle
1 year ago