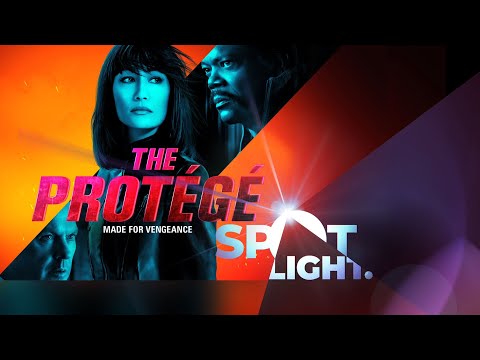 Spotlight is our entertainment bite-sized snapshot featuring new entertainment releases in SA, exclusive film trailers and much more. New episodes are out every Thursday in Sunday Times Lifestyle and on YouTube, plus you can follow Spotlight on Facebook.

In this week’s episode, we look at two exciting new movie releases at cinemas, the action thriller Protégé’ and horror slasher Malignant.  We also show a glimpse of the fabulous cast of the much-anticipated release of Dune (October 22) at the Venice Film Festival, as well as trailer debuts of King Richard, about the man behind tennis greats Serena and Venus Williams, with Will Smith, and Roland Emmerich’s action disaster film Moonfall, coming to cinemas next year.

Protégé features lead actress Maggie Q as the world’s most skilled contract killer, vowing revenge after her mentor is brutally killed. Look out for fellow assassin Michael Keaton and Samuel L Jackson as the ultimate saviour.

Iconic horror director James Wan (Conjuring, Saw, Insidious, Annabelle etc) brings his latest fright fest to the big screen with Malignant. The film centres around Madison, played by Annabelle Wallis, who is plagued by shocking visions of grisly murders. Her torment worsens as she discovers that these waking dreams are in fact terrifying realities.  Definitely not for the faint of heart.

We celebrate the release of Arena Holdings’ United Apart, now on Showmax. Click to have a look at the trailers of these great movies below:

Don’t forget, cinemas are open with entertaining movies on the big screen, and social distancing and health protocols ensure it's one of the best places to spend your free time.

Win a subscription to Showmax

To celebrate United Apart now streaming on Showmax, we are giving away two three-month subscription vouchers

To enter the draw, SMS the keyword SPOTLIGHT and your answer to 41742 before 12pm on September 15.

Question: On which streaming platform is United Apart now showing?