As the show celebrates its 100th episode, designer Noluthando Lobese describes the impact of 'amazing' items bought from locals in the informal settlement 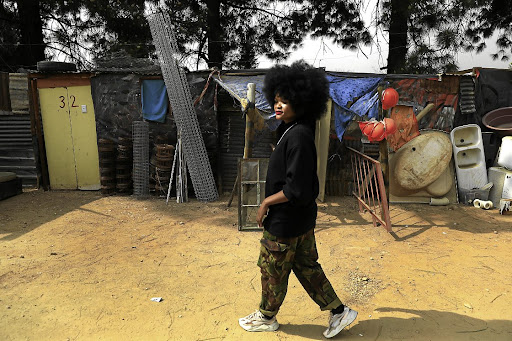 Had designer and art director Noluthando "Texture" Lobese blindfolded me before she took me to the set of Mzansi Magic's DiepCity, I would have been convinced we were in the heart of Diepsloot, 36km from the shooting location of the series in Ruimsig, Johannesburg. The depiction of the informal settlement in the telenovela, which celebrated its 100th episode last month, is that convincing.

DiepCity is produced by Mandla N of Black Brain Productions and tells the story of four young women struggling to make their way.

In February the art department went to Diepsloot for research - and brought some of it home with them. "We got the props and the furniture from members of the Diepsloot community, which was amazing," Lobese says, walking past the salon where character Nox gets her hair cut.

"I always need to be true to the story more than anything. It doesn't matter if the story was driven by four Black men - I'm in the service of championing humanity as an artist and a designer. So when I come in, that's my duty to have respect for the characters and their homes. If I don't respond in that way, I'm failing the story and I'm failing myself," says Lobese.

WATCH | The trailer for 'DiepCity'

She and her team witnessed the level of need in the informal settlement as they were buying props.

"You know how word of mouth is. By the end of the day if you'd taken a mattress from one person, others would come with 10 more mattresses. The number of primus stoves we bought there was huge. The mattresses here are all from the township, the exterior couches are all from there. Our interior set was sourced entirely in Diepsloot. I believe that was the way to approach this, of course, with the guidance from our director, Mandla."

It's lunch time on the set, which is made up of more than 30 shacks. Everywhere we go everyone warmly refers to Lobese as "Texture" - a nickname given to her by film director and friend King Shaft. Even actor Hamilton Dlamini shouts "Hey, Texture!" from the window of a slowly passing double-cab.

"It definitely has to do with my work - I tell stories by using texture. Texture is everything to me. I express authenticity by creating landscapes of texture to tell stories with an authentic visual aesthetic," she says.

An award-winning designer with extensive experience in theatre, Lobese was introduced to the world of theatre by renowned set designer Nadya Cohen. "I studied fashion, but was lucky to meet Regina Sebright in 2008 at the Market Theatre. She introduced me to my mentors Nadya Cohen and James Ngcobo."

Lobese studied as a design apprentice at the Stockholm City Theatre in Sweden, under the mentorship of Charlie Koroly in 2008. Four years later she was working as a production designer in Salzburg at the Young Directors Festival. Later, she was accepted as an installation artists at the MacDowell Colony in New Hampshire, a creative sanctuary to artists for more than a century.

While she was there, she developed a work titled What It Is, an installation that explores the connections and borders that people create. Her work is now an installation piece at Columbia University's Graduate School of Architecture, Planning and Preservation's Studio-X in Johannesburg. Studio-X is a global network of what it calls "laboratories", aimed at exploring the future of built environments through creative and academic engagement.

Lobese was also an observer at the Glimmerglass Festival in Cooperstown, New York, and worked on the Floating Stage in Festspielhaus Bregenz, Austria, in 2013 as a design intern. She is a consummate professional who's earned her stripes. But even so, she says, she still comes across people who don't give her the respect she's due as a working creative.

"I hate being undermined, especially by people working with you for the first time. It's a constant struggle to convince some people of my competence and to prove myself. Sometimes it's because I'm laid-back and I don't feel the need to sell myself in the most basic way that the industry expects. I prefer my work to speak for itself and I expect be given the freedom to create." 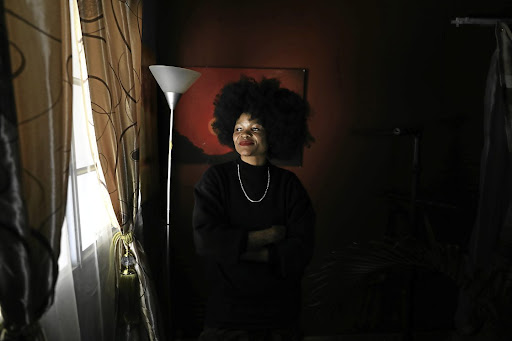 Despite having achieved so much in her career, DiepCity is, surprisingly Lobese's biggest TV gig to date and she understands the magnitude of heading up a whole department.

"I've had moments of learning and unlearning. That's the beauty of working on this production. There are so many emotions I went through. It was like being thrown in an ocean and not being able to swim to shore because it's a new experience - I'm used to lakes and swimming pools. But I was in this deep blue ocean with sharks. But one comes through these challenges."

The idea to host the exhibition Unsung Heroes in conjunction with DiepCity's 100th episode came about to celebrate the people who've worked tirelessly behind the scenes. Lobese took photos of the crew from every department as a way of paying homage to them and to inspire kids to broaden their view of the art and entertainment space.

"I want to inspire young kids. When they watch TV most of them aspire to be in front of the camera but there's so much more to do behind the scenes," she says. "There's so much talent in this country that's not taken seriously, especially in the sphere of production design. When you go to Europe, they treat you like a god because you create worlds for the stories before the actors come. We designers bring the characters to life, we bring these worlds to life."

Lobese has a dream of opening her own design school. "I'm used to documenting, sharing and collaborating," she says.

A feast of local cooking shows to hit screens in September

Foodies can look forward to new seasons of 'The Ultimate Braai Master', 'The Taste Master' and 'My Kitchen Rules'.
Lifestyle
1 week ago

'I can still make a living': Why Covid-19 pandemic won't stop Kim Engelbrecht

The coronavirus pandemic was little more than a year old when Kim Engelbrecht auditioned for the second series of acclaimed British director-producer ...
Lifestyle
1 month ago

From LA to New York to Madrid, the media personality recalls some of her greatest travels, but some of her favourites prove home is where the heart is
Lifestyle
1 month ago