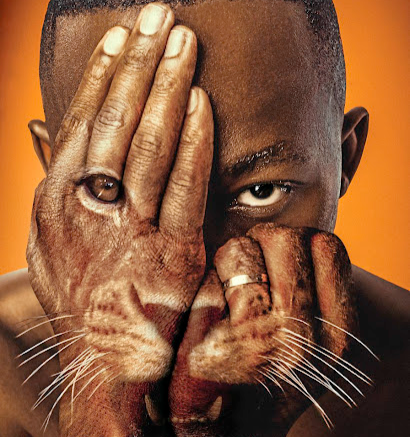 Marc-Gregory's portrait of rapper Khuli Chana is titled 'Cat With Nine Lives', a reference to the fact that he survived a shooting.
Image: Marc-Gregory, In Good Company Collection

Take the portraits of 32 famous South Africans, from celebrities to warriors in justice and sport, add elements of magical realism and augmented reality, like the flickering of fire or the trippy twisting of roots - and 3-D fantasies of dreams and reality come to life.

In this way photographer and visual artist Marc-Gregory has created a unique book of 100 fine art images and stories, a selection of which are layered with augmented reality (AR), titled In Good Company.

An exhibition of 42 of the stylised images opened this week in Sandton City and, in the spirit of the book, the life-size portraits demand attention. The AR dimension lights up when a viewer or reader hovers a phone camera over the art piece.

Marc-Gregory says of his subjects: “I wanted to capture their greatness and add another dimension of something magical to their stories. These stories are about making dreams come true but also about setbacks.”

With his alchemy of photography and visual art, he illuminates less known sides of people's personalities, looking beyond the stereotypes usually seen in the media.

Rapper Khuli Chana is portrayed in one image as a wounded lion, a Cat with Nine Lives, after being shot at and surviving. “His mother was his lioness growing up and she encouraged him to make at least one more album after his world was shaken,” said Marc-Gregory.

Everyone knows former public protector Thuli Madonsela as a fighter for justice, but she's also written the wonderful children's book Melo's Kingdom and designs her own clothes, says Marc-Gregory. In her portrait, he conjures up her grace and gentleness and affinity with the spirit of the elephant. 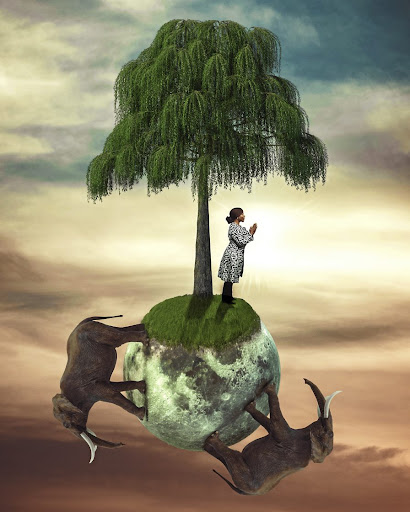 Marc-Gregory's portrait of Thuli Madonsela conjures up her grace and affinity with the spirit of the elephant.
Image: Marc-Gregory, In Good Company Collection

In preparing for the shoot, Marc-Gregory researched each of his “icons” rigorously but also sent them questions, including naming the symbols, animals and plants with which they identify.

SA rugby player Babalwa Latshe talked about her passion for rugby and her rootedness in the sport, and that's the energy behind her shot.

“I wanted to photograph people who were exciting and relevant, and current. They didn't have to be the greatest of all time,” says Marc-Gregory. “My selection was organic, not a scientific process.”

Pearl Thusi arrived with an outfit and headdress made of pearls.

“She lives up to the expression 'pearls of wisdom'," says the photographer, who praised her preparedness and insights.

His central theme for the project was the quote by Douglass Everett: “There are some people who live in a dream world, and some who face reality; and then there are those who turn one into the other.”

In the forward, Madonsela talks about the power of pictures to paint a thousand words but also “to inspire our thoughts, feelings and actions, the right combination of which can rouse hope in the pits of even the darkest despair”.

Marc-Gregory's gaze allows readers “a glimpse into the ethos of select individuals: what drives their ambition, what powers them to push through adversity, what bolsters their hope that tomorrow will be worth fighting for”, writes Madonsela, who was delighted to be part of the project.

A picture may tell a thousand words, but about four months into the two-year project Marc-Gregory became aware that the stories of his “greats” needed words too.

Four non-fungible token artworks inspired by late Queen frontman Freddie Mercury are being auctioned off for charity to mark what would have been his ...
Lifestyle
1 month ago

Writer and PR specialist Jenny Griesel leapt in. “She got the concept and had an ethereal way of writing. Even reading it aloud, you get the interpretation,” he says of the nearly 200-page coffee table book, released into bookshops this week.

Griesel says that writing their stories reminded her how many exceptional South Africans there are. “It also made me realise how little we know about some of our country's iconic personalities. Regardless of how famous or how many accolades a person has, they're still human, with hopes, dreams and vulnerabilities. In many cases, their 'greatness' stemmed from overcoming deeply personal challenges,” she says. 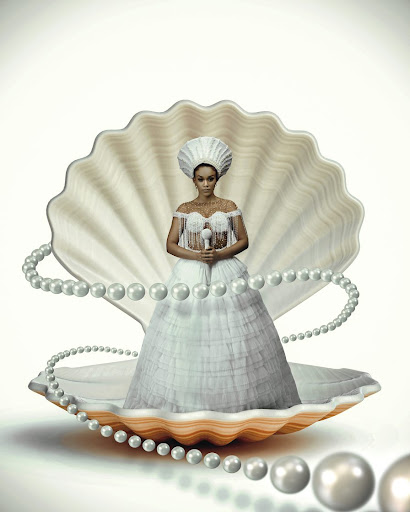 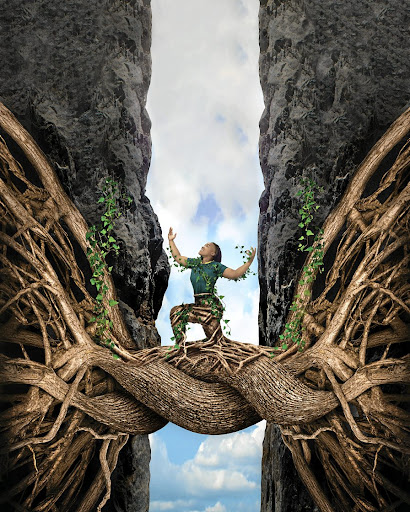 “I hope that people who read the book will be inspired by these stories, and be encouraged to overcome their own challenges, because it all starts there.”

Even Marc-Gregory took a risk to pursue his visual art, leaving a comfortable career in marketing. He hasn't looked back.

The timing of the exhibition and book is right for SA, after 18 grim months of pandemic, he feels. “There's been so much disruption in people's lives, and they've lost a sense of hope and their dreams. We need more optimism and when you see and read these stories, you can't help but feel inspired.”

The project will raise funds for the Reach for a Dream Foundation. Thuli Madonsela writes in the foreword: “It is my dream that the thousands of words painted by the pictures in this book add a ray of hope to your life, and in so doing, also to the lives of the children who need our help.”

• The 'In Good Company' exhibit is on at Sandon City in Johannesburg until October 24.

'I want you to see yourself on the car': Artist makes Porsche's 911 his own

From small businesses with cheerfully branded vans, to memorable motorsport liveries seared onto the collective psyche of spectators, mobile art ...
Lifestyle
1 month ago

'Beautiful Terrible' evokes bullfighting to symbolise the battles faced by women. The photographer tells us more
Lifestyle
6 months ago