Was Netflix dating show 'Too Hot to Handle' for SA's Christina Carmela Panebianco? 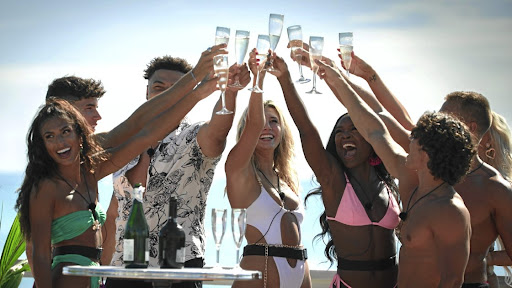 'Too Hot to Handle' participants sign up to test the maxim that abstinence makes the heart grow fonder.
Image: Netflix

It's a truth universally acknowledged that a single man (or woman) in possession of a set of abs must be in want of a hook-up. At least, that's the contention of the multiple dating reality shows available to steam up our television screens.

We may be living through the most socially awkward period in recent history, what with the proscriptions regarding human contact and all the mask-wearing - but you wouldn't say humans were having a hard time connecting if you knew that the fastest-growing medium in reality shows is dating. Dating is hot stuff. Not least because everyone watching is living vicariously through these shows.

You can participate naked from the neck down, as in British television's Naked Attraction, or with a peculiar animal mask prosthesis attached to your head as they do on Netflix's Sexy Beasts, with or without cocktails on a beach, with only your disembodied voice through a wall or with a virtual assistant “cock block” (excuse the terminology) called Lana, the AI robot host in Netflix's Too Hot to Handle, whose job it is to ban sexual touching so that contestants can get to know one another better from the inside out.

WATCH | The trailer for 'Too Hot To Handle' season 2

It's the latest iteration of TV dating - the reality version having your Victorian-style maiden aunt who was sent out in times of yore as chaperon to hold a candle in proximity to your date to put a hand brake on your overwhelmingly base animal instincts.

The premise of Too Hot to Handle is that abstinence will make the heart grow fonder (failing that, fiscal discipline might do the trick in the form of fining the contestants for stolen kisses or 20-second hand jobs). 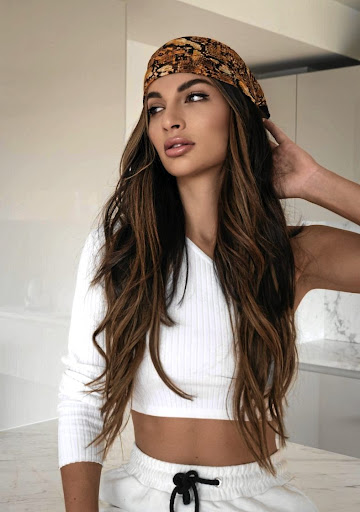 SA's Christina Carmela Panebianco was a contestant on season 2 of 'Too Hot To Handle'.
Image: Supplied

Twenty seconds is exactly how long it took for the insanely well-proportioned South African contestant Christina Carmela Panebianco, who appeared on season 2 of Too Hot to Handle, to bring Robert Van Tromp, the young man she had set her sights on, to a happy ending. “It was totally worth the $8,000 [R118,000] fine,” she quips.

He is (excuse the language) milking this particular exploit in his post-show life - by offering 20-second relationship and sex advice to punters everywhere. Get yours
on @robertvantromp - “solving your bedroom dilemmas in 20 seconds” - you never know where the vagaries of fame and fortune will lead you.

Christina, of Italian and Portuguese extraction and a licensed pilot to boot, explains on Zoom from Milan how she's still reeling from the experience of being on the show. Her social media profile is booming and her Instagram is blowing up.

And that's not just because of the consistent application of artfully posed bikini shots; it's because she finds herself charting a new course in global fame. She signed up for what she thought was going to be a reality show based on a tropical island with lots of equally attractive singles whose unfettered partying and the attraction to each other's smoking hot bodies would be recorded in constant technicolour and night vision surveillance. As one does.

But the first show, Party in Paradise rapidly morphed into Too Hot to Handle -
her handlers lied to her but she rolled with the punches and agreed to do the show because it was the only thing she'd watched and really enjoyed during lockdown.

The show follows four couples who are faced with the difficult choice to either make up or break things off.
Lifestyle
4 months ago

Spoiler alert: she is introduced in episode 3 as a kind of temptress (which is rich given the temptations on offer) and proceeds to hook up with the male equivalent of the plot line - the aforementioned tempting morsel, who she declares is not her type (really) - though she will concede that he was the smartest chap on the beach.

I ask Christina what she learnt about love and dating from her reality-TV dating experience, given that the relationship with her TV hottie lasted more than six months. She said at the time of our interview: “Give people a chance, even if he's not ticking all the boxes on your checklist.”

And this: “It's not about the physical aspect and the perfect man. He's kind and generous and family-orientated, ambitious and gives me everything I need right now. I didn't think I'd have a TV relationship.”

I think it is quite easy to conclude that, given the selection process that resulted in the casting of this particular dating extravaganza, the physical was foremost on everyone's mind, but Christina explains that what you don't realise is how intense the experience is - you are together in lockdown 24/7. 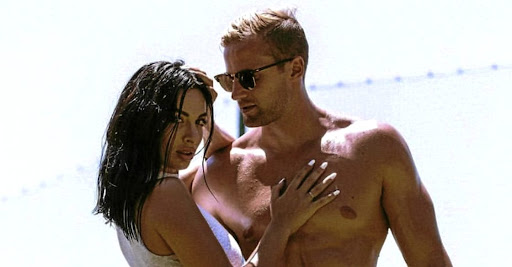 The format also forces you to really bond and explore more than each other's bodies. “And it's without distractions,” says Christina, which is why these dating shows are highly compelling. You watch all the emotions, all the traditional relationship tropes play out in a dramatic narrative that in real life might take years or a least months to move forward.

Now the ghosting, the jealousies, the highs and lows of the emotional roller coaster happen in quick time with an enforced intensity.

Given her career trajectory as a pilot, often the only woman in a heavily male-dominated world, Christina seems like a supercool customer with a clear head on her very pretty shoulders. She tells me that she didn't mind losing the cash for a bit of good old chemistry. “I still think chemistry is really important,” she concludes - and I would challenge anyone to argue with that.

Since the interview, Christina and Robert have parted ways: She posted this message on her Instagram account:

“There's no easy way to go about all this, thought I would just break the news to all of you. Robert and I have broken up — it was a totally mutual decision and there is no bad blood between us. The pressure of long distance and travelling so frequently has taken its toll; he is an amazing guy and I wish him all the best.”

The host of television's popular Bachelor dating show franchise is leaving after almost 20 years, ABC Entertainment said on Tuesday, after a furore ...
Lifestyle
7 months ago

The DA MP opened up about her fear and said she was worried about her sister Qiniso joining the show.
Lifestyle
8 months ago

'Indian Matchmaking' will entertain, intrigue and offend you

This looking-for-love reality show revolves around 'Mumbai's greatest matchmaker' Sima Taparia, but some may find her methods problematic
Lifestyle
1 year ago