Get high on adventure at Africa’s first mountain film festival 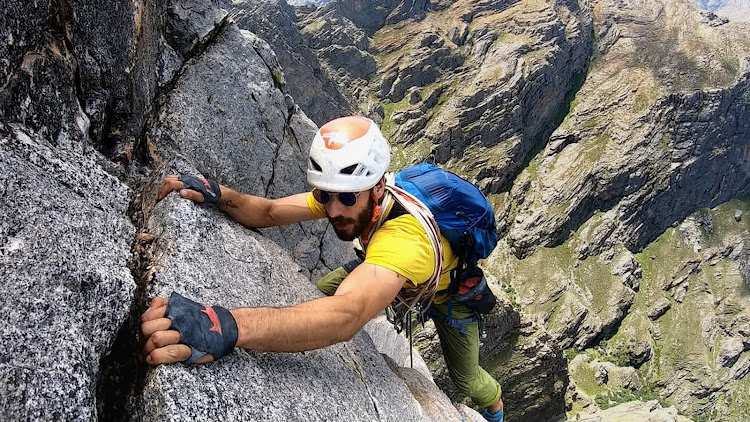 Wild dreams turned into an even wilder reality. That’s the magic thread binding six stories about the amazing feats of SA mountain climbers being screened at the Vertical South Film Fest, the first festival of its kind in Africa.

The adventures of these daredevils will capture the imagination not only of outdoor athletes but also city dwellers who have been homebound, particularly during the Covid-19 pandemic.

Garrreth Bird’s Woods N Peaks is the star of the festival. It is an immersive tale about two young climbers attempting to repeat an incredible mountain-climbing achievement.

Twenty years ago, Bobby Woods climbed three massive peaks in the Western Cape in 24 hours and without ropes, a free solo style at which he excelled. He died in 2010 on Table Mountain in an accident.

Fast forward to February 2020, when Andy Court and Teo Iliev set off to repeat his ascent, but with the protection of ropes linking them. Their style of simul-climbing is also way riskier than the traditional way of climbing, but they needed to move fast to meet what they called “The Bobby Woods Challenge”: 40km+ of off-trail hiking, 1,000m+ of rock climbing on three peaks and 14 abseils.

The evocative footage capturing the pain and humour of their epic ascents is captivating, and the viewer is reeled into every step and handhold of the way. The film is more layered than the typical adventure movie with unfiltered dialogue and emotion.

Iliev died a year after he and Court completed the challenge.

“I choose to view these films as a celebration of (Iliev’s) enthusiasm and his adventurousness, something that keeps his memory alive,” Bird said at the premier of the Vertical South Film Festival at City Rock in Cape Town, speaking about his deceased friend who had seen and loved the movies in the festival’s lineup.

The only limitation with the lineup is that all the films were shot in and around the mountains of the Western Cape.

Internationally, similar events such as the famed Banff Mountain Film Festival are backed by big brands, but locally films struggle to secure funding and are, in Bird’s words, “basically bought to reality by sheer passion”.

The movies A Private Freefall by Robert Colombo and King Line by Zander Botha — both featuring Wood N Peaks star Court — are outstanding examples of how the climbing community worked together to make extreme adventures happen and to capture these moments on film. 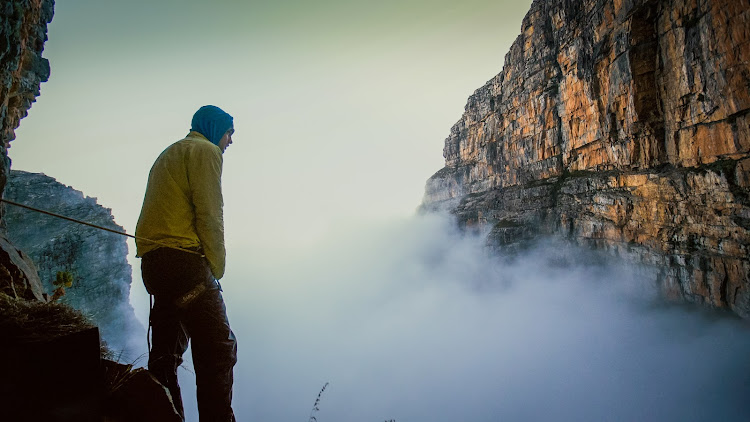 You might be able to string a rope right across the massive Slanghoek Amphitheatre, but why would you possibly want to jump off it? The film 'A Private Freefall' lets you inside the minds of extreme adventurers like Andy Court, pictured here.
Image: Roberto Colombo

King Line is about Court and Cary Small setting up and walking on a record-breaking highline in Africa, in the Cederberg mountains, northwest of Cape Town. It is insanely high, like that of the cable aerialist Philippe Petit walked between the Twin Towers in New York in 1974.

Life’s a Bargain by Nic Good and Robert Breyer is a different kind of film, documenting the solitary and mindful accomplishment of Hadley Weight as he climbs Lion’s Head solo hundreds of times, at first in memory of his father.

In the film, Weight reflects on how the climb — which objectively puts his life at risk — has saved his life and is now a celebration of life. The footage is spectacular, a testament to Good’s filmmaking talent and experience. 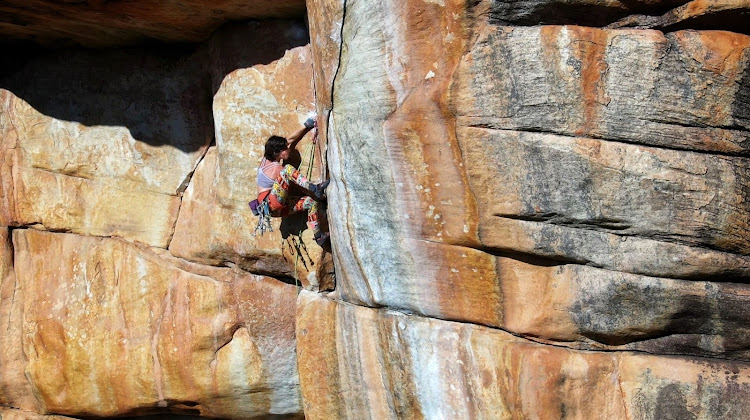 Gosia Lipinska is one of SA's best rock climbers who is also a supermom and a neuropsychologist at UCT.
Image: Lise Wessels

Two more personal films are the compelling Sibamba Mama by Lise Wessels and Crabtree Jamboree by Bird. These salute two outstanding South African climbers who defy the odds to be at the top of their game.

Gosia Lipinska, the star of Sibamba Mama, has long been one of SA’s best trad climbers, a bold style of outdoor climbing where there are no bolts in the rock to protect you; you place gear as you ascend.

But when Lipinska had two small children, it was unclear where she would find the time to do this while also working full-time as a neuropsychologist at the University of Cape Town. The movie shows her 4am starts, and the complexity and exhilaration of her life. 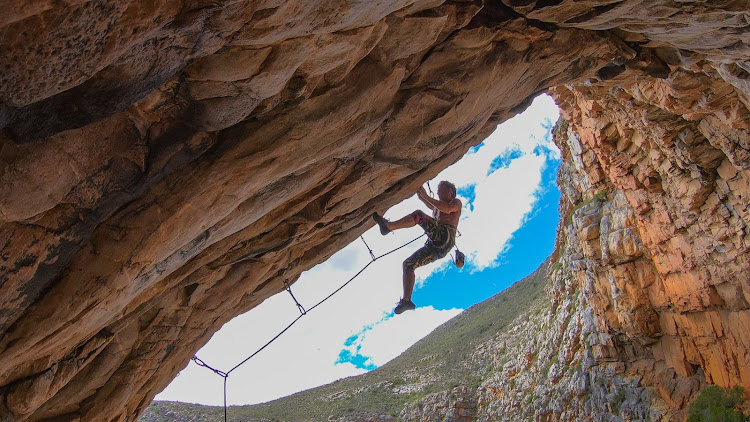 'Never ever stop' is the mantra of 62-year-old climber Colin Crabtree, pictured here on a route called The Activist at Montagu.
Image: Garrreth Bird

Colin “Never ever stop” Crabtree is the 62-year-old star of Crabtree Jamboree. The film demonstrates how, with steely determination, he can still climb the hardest routes in the country by “projecting” them, working out how tiny moves fit together like a 3-D puzzle and then doing the training to pull them off.

I am an avid climber and count Lipinska and Crabtree among my wide circle of climbing friends in Cape Town, as are some of the filmmakers, making these movies perfect for me. But even putting those connections aside, I was riveted by this selection.

The highs and lows of living on the edge and the stunning cinematography are what make these films a hit.

Go see for yourself.

• The Cape Town leg of the Vertical South Film Festival is sold out. The next screening in Johannesburg takes place on Friday. Tickets at Quicket.

After his spouse developed Alzheimer’s, he began mountaineering for his mental health. Now he’s also raising money
World
3 months ago

A Nepali government official said on Monday that many foreign climbers were continuing their attempts to summit Mount Everest despite reports of a ...
News
8 months ago