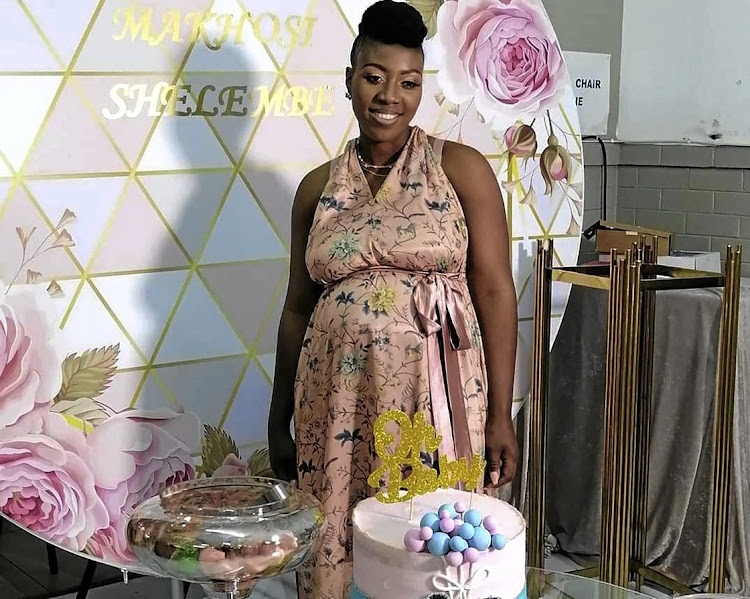 Makhosana “MaShelembe” Maphanga, from Nquthu in northern KwaZulu-Natal, has inadvertently become the face for first wives in polygamous marriages.

This follows her appearance on TV channel Mzansi Magic, during which husband Bheki Langa sprang the news on her that she had to accept his pregnant mistress as his second wife.

Maphanga, who was lured to the studio on the pretence that she would be attending a photo shoot, collapsed in tears. And though the pregnant 23-year-old has since received an outpouring of support — including a “provincial baby shower” — her life has been turned upside down just a month before she gives birth to her third child.

Now she has to decide whether to go back to her husband and accept that her personal life is at the centre of a national conversation.

A "provincial baby shower" planned for Makhosazana “MaShelembe” Shelembe - who recently suffered heartbreak and humiliation on national TV - has been ...
News
1 month ago

Maphanga told the Sunday Times she had trusted her husband and was excited when he told her he wanted to do a photo shoot with her. “It was a lie and I was humiliated,” she said.

Langa, 36, dropped the bombshell — that his mistress was pregnant and that he had paid lobola for her — on Mnakwethu, a show where men ask for help to introduce polygamy to their wives.

“He is older than me; he should have made better decisions and treated me better,” Maphanga said.

She met Langa at a traditional event when she was 16. In 2017, he started paying lobola. “I was young and I just liked him,” she said.

Immediately after the filming of the show, Maphanga left her husband and moved in with her family. “I want my life back. I want to get out of the relationship. I want my life to move forward and I want to start my own business,” she said.

Musa Mseleku, the host of Mnakwethu and a polygamist himself, told the Sunday Times the show had received a lot of criticism but the episode featuring Maphanga was praised for showing how women are badly treated.

He's older than me; he should have made better decisions and treated me better

Makhosana Maphanga on her husband

“What we have learnt out of this is that people don’t understand how they should behave when they are being approached to become second wives.

"They come with the understanding that they are better, or that they are approached because they can do better than the first one. That is the biggest challenge,” he said.

“I think we can as a society, as people, teach one another the reason why men would want a second wife. It is not based on shortcomings of the first wife. It is generally based on an idea to expand the family.

“For the first time people said it was good that the show has brought this up, that we as a society have a better understanding on what was going on.”

University of Zululand lecturer Shalo Mbatha, the author of Zulu Empire Decolonised, said that according to Zulu culture, when a husband decides to take another wife, he has to inform the current wife or wives.

“He does not ask for permission. If the wife or wives don’t agree or do not like it, it won’t stop the man from going ahead. It is done in a dignified manner and in private. Non-family members are never involved or present when the husband makes the announcement.

“As for what Bheki Langa did, it will remain a mystery because as a Zulu man, he knows the drill,” she said.

Former journalist and consumer activist Ncumisa Ndelu, who organised the baby shower in Durban, said she did not like the humiliation on the show.

“For starters, these women are not even given time to process the fact that their husbands have been unfaithful. They are put on the spot during the lowest moment of their lives,” she said.

In May, the home affairs department gazetted a new green paper for the Marriage Act that includes a proposal to recognise polyandry. This would allow women to be married to more than one man at the same time.

Just days after her husband informed her that she should accept his pregnant mistress as his second wife on national TV, Makhosazana “MaShelembe” ...
News
1 month ago

'South Africans have been talking', but courts will have the final say on marriage laws, says Aaron Motsoaledi

"It is for the first time since the dawn of democracy that the nation is having a conversation on the key elements of an inclusive marriage regime," ...
Politics
3 months ago

"We must not fall prey to these agendas of distraction, these narratives of distraction. Who does this help, in the bigger scheme of things?"
TshisaLIVE
4 months ago