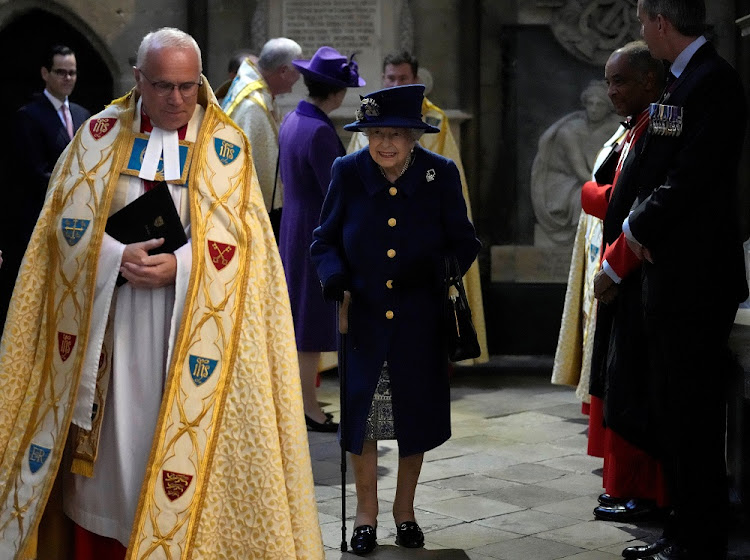 Britain's Queen Elizabeth on Tuesday was seen using a walking stick for support as she arrived at a service at Westminster Abbey.

The 95-year-old had previously been seen using a walking stick in 2003 and 2004 after a knee operation.

Elizabeth, Britain’s longest-reigning monarch, has generally enjoyed good health during her time as head of state. She was briefly in hospital in 2013 with symptoms of gastroenteritis.

Get back to the office, UK PM Johnson tells workers

British Prime Minister Boris Johnson on Wednesday said workers must get back to their offices, as he addressed the country's return to normality from ...
News
1 week ago

Sienna was born at London's Chelsea and Westminster Hospital on September 18.
Lifestyle
1 week ago

The queen has led birthday tributes for the Duke of Sussex, Prince Harry, as he celebrates his 37th birthday.
Lifestyle
1 month ago