'The Billion Dollar Code': Did Google rip off German hackers?

Based on a true story, this Netflix series aims to set the record straight about the origins of Google Earth 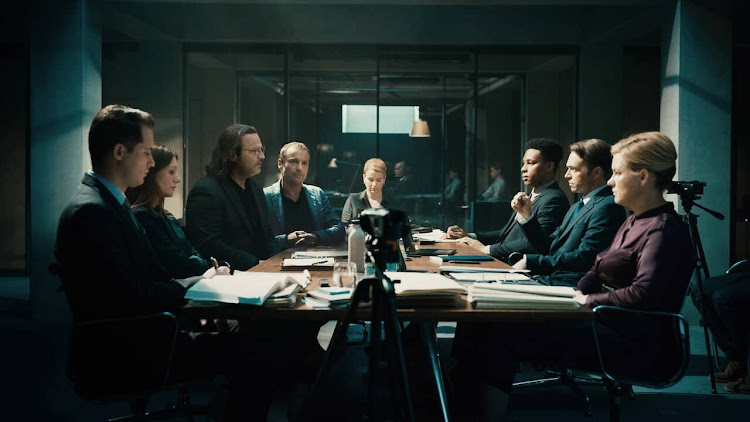 The cast of 'The Billion Dollar Code'.
Image: Netflix

For many years Google’s motto was “Don’t be evil”, back in the days when the internet was still a place where idealistic communal utopians ruled and the driving force of the technology was the idea that information should be free and available to everyone.

It’s no longer the tech giant’s motto, because times have changed and, like many ideas that began with good intentions and only a passing interest in the idea that there might be some money in them somewhere down the line, Google is now, for many digital utopian diehards, evil incarnate.

There are other stories from the recent history of the digital age that illustrate the muddy slide from idealism to dollar signs and have proved ripe material for dramatic onscreen exploration. In recent years audiences have been entertained by dramatisations of the stories behind Facebook (The Social Network), Steve Jobs and Apple (Steve Jobs), and the fictional battles within a struggling computer startup in the early days of the rise of the internet in the series Halt and Catch Fire.

Most of these films and shows focus on the descent from the geeky, visionary, innovation-for-its-own-sake embryonic period to the ruthless personal fights for intellectual property rights in the face of the harsh realities of the demands of corporate domination. Netflix’s new German-language drama The Billion Dollar Code is no exception.

It’s a dramatisation of a true but little told story from the annals of recent tech history about a pair of young, post-Berlin Wall era German youths who worked together to make an impossible dream a reality, in the face of perplexed bemusement and patronising disdain from a society that in the early 1990s refused to comprehend what the fuss about computers and the internet was about.

Carsten Schlüter (Leonard Scheicher) is a self-confident art student who believes computers are the future of art. When he meets shy but brilliant computer geek Juri Müller (Marius Ahrendt), the two youngsters discover that they share the same idealistic dream in the power of technology to shape the future in new and unimagined ways.

Together they, with the help of a ragtag bunch of Berlin misfit artists and hackers, embark on the impossible task of creating a computer program that will allow users to fly around the world and visit any place on Earth from the comfort of their homes.

They call it Terra Vision, and after a rocky start and in the face of an impossible deadline they produce a version of their program that captures the imagination of audiences at tech conferences around the world.

It piques the interest of Silicon Graphics digital pioneer Brian Anderson (Lukas Loughran), who finds in Juri a kindred spirit who shares his idealistic vision of a global community using the internet to smash geographical and cultural barriers and share the wealth of their knowledge.

The problem is that the US, even in the utopia of 1990s Silicon Valley, is where ideas go to have the life sucked out of them in the service of the almighty dollar. When Anderson quietly steals the Germans’ idea and collaborates with a new company called Google to create a very similar version of Terra Vision called Google Earth, it appears it’s too late for them to do anything except roll over and tell their sad story to sceptical Berlin barflies.

Years later, now not speaking or involved in tech any more, the two former friends are begrudgingly brought together by a determined, righteously indignant lawyer (Lavinia Wilson) who believes they have a case and prepares them for legal battle against the corporate behemoth in the US.

As Juri informs us in the opening narration to the series, there are many stories of young tech-obsessed dreamers who in the early '90s saw the future and steadfastly committed themselves to realising crazy ideas that would go on to change the world forever. But the story of Terra Vision isn’t among them.

That’s now changed, and The Billion Dollar Code, with its spirited evocation of the madness of early '90s Berlin and its carefully drawn eccentric cast of characters, provides an entertaining and informative look at a story that reminds us that in the very profitable world of big tech perhaps not everyone is evil but unfortunately most corporations are, no matter what their mottos might have once been.

• 'The Billion Dollar Code' is on Netflix.

Worth binge-watching or a waste of time? We weigh in on the latest movies and documentaries
Lifestyle
7 months ago