The rise and fall of Facebook's 'Kidstagram'

The tech giant knows that social media has the potential to harm children but has not shelved plans for a kiddie-focused Instagram, writes Paula Andropoulos 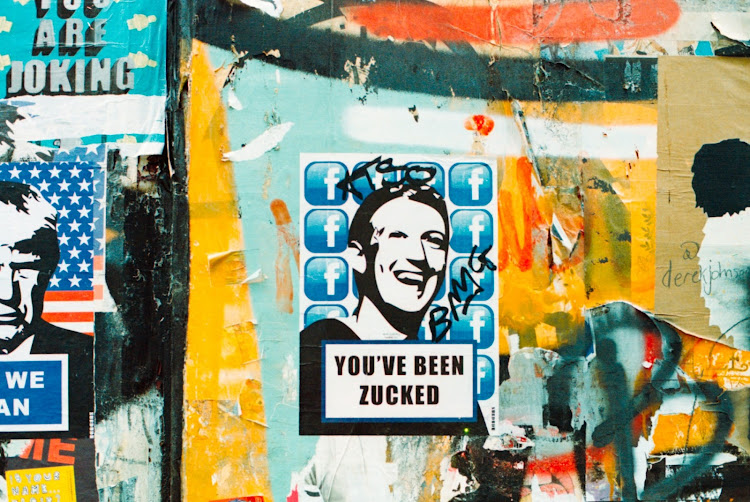 Mark Zuckerberg can be thought of as a modern-day Wizard of Oz, pulling the levers behind the curtain.
Image: Annie Spratt on Unspalsh

For the most part, whenever anybody over the age of 50 attributes social problems to social media, they’re met with ridicule and censure — with what amounts to an online chorus of: “OK, Boomer.”

But the latest Facebook scandal is lending fresh credence to the notion that the social media industry is a lot more Machiavellian than it seems to be on the surface of things, especially where teenagers and even children under 13 are concerned.

Earlier this month, Facebook’s global head of safety, Antigone Davis, appeared before a special hearing of congress in the US to respond to claims that, according to the company’s own research, its products have a detrimental effect on teenagers’ mental health and safety.

These allegations are particularly damning in light of the fact that, before the scandal broke, Facebook was hard at work developing a new version of Instagram for children between the ages of 10 and 12 (“Instagram Kids”), apparently forging ahead with the project in spite of long-standing evidence that there may well be a correlation between social media usage and low self-esteem, eating disorders and depression among Instagram’s teenaged user base.

Facebook’s detractors see this latest development as proof that not even children are exempt from big tech’s oftentimes sinister machinations in its relentless pursuit of profit.

This latest furore began when a former Facebook employee — initially identified only as an anonymous whistle-blower — leaked internal research to the Wall Street Journal, which went on to publish a series of articles on the matter, including an incendiary piece entitled “Facebook knows Instagram is toxic for teen girls, company documents show”.

The whistle-blower, who has since come forward as one-time product manager Frances Haugen, copied an array of incriminating documentation to take away with her when she resigned from Facebook in May, including the results of studies Facebook conducted to evaluate the impact of Instagram on teenagers’ mental health.

Findings highlighted in the WSJ piece include potentially horrifying stats gleaned from Haugen’s cache: 32% of teenaged girls who responded to one Facebook study said that Instagram made them feel worse about their bodies.

According to the same article, a more comprehensive “deep dive” conducted by Facebook indicated that 13% of the British teens and 6% of the American teens that the company surveyed attributed the origin of their suicidal impulses to Instagram.

Facebook also found that what it terms “social comparison” — which can be broadly defined as the self-worth one derives from comparing one’s looks, wealth, and social status to those of others — is engendered by Instagram in particular, more so than any of its competitors or equivalents such as TikTok and Snapchat.

I think most of us knew this first-hand, from experience, already. But I think it can be easy to forget that, in spite of the progress we seem sometimes to have made — in spite of anti-racist pages and body-positivity hashtags — social media plies teenaged users with highly edited, idealised renderings of beauty and value, which are perhaps only recognisable as part-fact, part-fiction when you’re older — old enough to discern the difference.

One might argue that teenage angst of this variety is nothing new. After all, although I’m in my late 20s now, I still have visceral memories of how I used to agonise over my appearance as a teen, comparing myself to my friends and schoolmates and to the emaciated models then still dominating the glossy, pre-woke-era pages of Teen Vogue and Seventeen magazines.

But I was not yoked to a screen in the same way that this generation of teenagers has been, many of them since they were toddlers, watching cartoons on their parents’ now-antiquated first-generation iPads.

Facebook’s defence at present is that the internal research available to the press has been misrepresented to the public, with a “myopic” focus on data, some of which has been taken out of context.

In fairness to the company, statistics can be extremely misleading in isolation, and factors like the very small sample sizes of some of the groups that were surveyed have not been included in most of the reportage on this issue.

Facebook had recently put on hold its plans for developing Instagram children, aimed at preteens, and was introducing new optional controls for ...
News
3 months ago

In the annotated slides Facebook released to the public after the leak, the company also takes pains to assert that its findings thus far are not tantamount to proof that there’s a causal relationship between social media engagement and mental health issues in teenaged users.

In fact, according to Facebook, some teenaged respondents either claimed that Instagram has no effect on their wellbeing, or saw a positive correlation between their social media engagement and the quality of their mental health.

According to Facebook, some teenaged respondents to their surveys saw a positive correlation between their social media engagement and the quality of their mental health

Furthermore, while the company appears to have made a momentary concession to public outrage by hitting pause on the development of its Instagram-for-kiddies, it is still standing behind the project, in no small part because it — rather accurately, I suppose — contends that, as things stand, children of all ages are creating profiles and engaging on the social platform, regardless of Instagram’s prohibition on users younger than 13; as such, Facebook feels it’s important that the platform is tailored to the needs of younger users, precisely for the sake of safeguarding their wellbeing.

Whether Instagram Junior will prevail remains to be seen. At present, I think the company has their work cut out for them convincing concerned parents and policymakers that Facebook isn’t simply trying to mine a whole new demographic for fresh user data.

Mark Zuckerberg is like a twisted, 21st-century Wizard of Oz, and the more we see of what goes on behind the curtain, the more it seems like, well ...

Social media giant Facebook Inc is planning to rebrand itself with a new name next week, the Verge reported on Tuesday, citing a source with direct ...
News
2 months ago