TV shows expose the cracks — and quacks — in the wellness racket 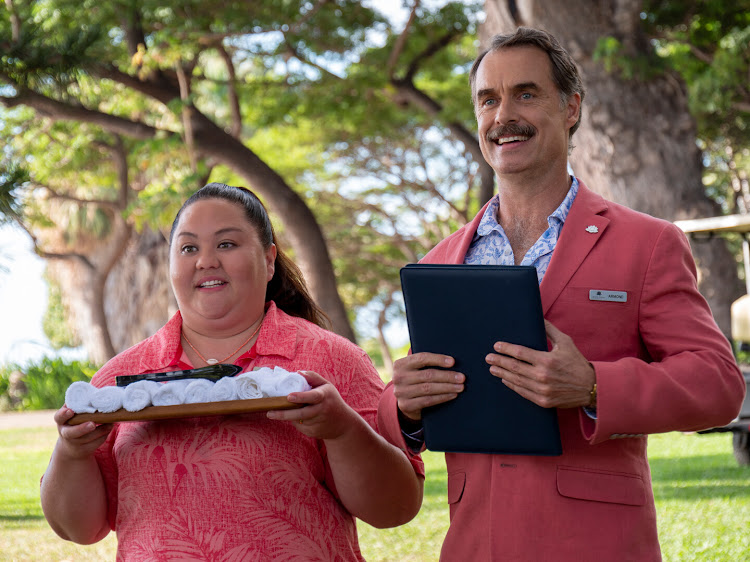 A warm welcome for guests at the 'White Lotus', a swanky resort where the staff is expected to pander to their guests’ every whim — regardless of the cost to themselves.
Image: Showmax

The wellness industry is booming. At this stage, vegan alternatives exist for almost anything: vegan cheese, milk, meat — even fish. There are yoga wellness retreats and classes teaching mindfulness and meditation, boutique gyms, curated spa experiences with the likes of crystals and Himalayan salt rooms, alternative medicine, clean eating —  and CBD products have become prolific.

No sooner are vampire facials out and golden facials in and self-appointed fitness influencers and health gurus rule the digital halls of social media apps. Self-care is the “it” word and holistic anything is the way to go.

When self-care is just selfish

Even if it’s an industry you don’t actively support, there’s no denying it’s the prevalent mood.

According to the Global Wellness Institute, a non-profit organisation with a mission to promote wellness worldwide, wellness is “the active pursuit of activities, choices and lifestyles that lead to a state of holistic health”.

THE CRACKS ARE STARTING TO SHOW

The idea of self-care — and even wellness — is not outlandish; it’s noble. It can even be said that people are in need of it. A quick glance at research that’s recently been made available shows that depression and anxiety are on the rise — particularly among teenagers and young adults.

Burnout went from being an obscure condition most people hadn’t heard of to a sign of the times.

People are cracking and, perhaps because of the emphasis on wellness in the midst of the Covid-19 pandemic, the cracks are starting to show. And we’re finally talking about it.

Take, for instance, season two of popular Apple TV+ show Ted Lasso. Last year, we were introduced to the tea-loathing American coach who, somewhat naively, moves to England to take on the role of head coach of a national football team. 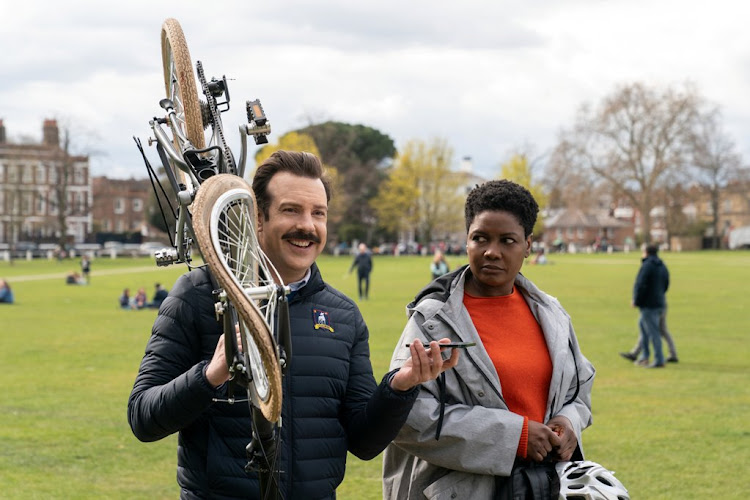 Portrayed by Jason Sudeikis, the sweeter than sugar coach managed to win over more than the hearts of his players and management structures hell-bent on his demise: the show received 20 Emmy nominations and walked away with seven awards, including Outstanding Comedy Series.

This year, when the show returned to the streaming platform, it put emphasis on mental health. In season two, a sports psychologist is hired to work through kinks the players are experiencing as the good-humoured coach Lasso struggles with his own anxieties. At one stage he even walks off the field midway through a major game when he experiences a panic attack.

Season two of the show has received mixed reviews but the timing to introduce aspects of mental health in sports has never been better, given the chorus of athletes’ voices, like American gymnast Simone Biles and Japanese tennis player Naomi Osaka, who’ve attempted to raise awareness on the topic this year.

But there’s a flipside to this on-screen social commentary coin.

Made available on Amazon Prime Video in August, Nine Perfect Strangers follows an odd mix of nine characters, each intent on finding a fix to an everyday problem they can’t seem to escape. To do so, they pin their hopes on Tranquillium, a wellness resort owned by spiritual guru Masha (played by Nicole Kidman) who promises healing to her guests — at a rather hefty price, of course.

After checking in and relinquishing all electronic devices and junk food they might have tried to sneak in, they soon discover that they’re unwittingly participating in a microdosing experiment. In part intrigued and driven by sheer desperation, the participants decide to stay on as their journey takes increasingly bizarre turns.

Released on Showmax around the same time this year, The White Lotus follows a different group of wellness seekers: vacationers at a swanky Hawaiian resort where the staff is expected to pander to their guests’ every whim — regardless of the cost to themselves.

As the show brings to light the tone-deaf views of the self-involved holidaying elite, it culminates in tragedy for many of the characters who find themselves in less than fortunate positions on the opposite side of the wellness orb.

THE PROBLEM WITH THE WELLNESS INDUSTRY

In their own ways, both shows cut to the heart of one of the biggest problems with the wellness industry: not only has wellness become an obsession — often of the self-indulgent and privileged members of society — but by placing a high price tag on the attainment of holistic health, the wellness industry has become exclusionary.

The irony is not lost. Despite drawing from a rich history of ancient wellness practices that can be traced back to traditional medicine or sacred texts observed by people of diverse cultural and ethnic backgrounds from around the world, the wellness industry as popularised in the West is far from inclusive.

The phrase “health is wealth” has taken on an unfortunate nuance. In practice, those who are most in need of wellness and the type of holistic health it promotes are the least likely to be able to access it.

Dynamics of the haves and the have-nots aside, the wellness industry has developed a negative reputation over the years — and not just because of monetary concerns. It has evolved into an industry willing to promote pseudoscience at the expense of valid scientific claims while becoming all the more lucrative.

Goop dismissed the claims as "frivolous" and an attempt to extort money from the brand.
Lifestyle
1 year ago

Take Goop, Gwyneth Paltrow’s wellness and lifestyle company. Even when claims behind its product offerings have been disproved, and sometimes shown to be potentially harmful, it remains hugely popular and often the products in question continue to be sold.

Then again, Goop’s Why Am I So Effing Tired supplement was so named for a reason. If you do a good enough job of selling solutions — whether they’re holistic, quick-fix, or quack — people in desperate need to feel and live better will not only believe you, they’ll gladly make you rich.

In an article for the New Statesman on the pitfalls of the wellness industry, writer Sophie McBain sums it up most eloquently: “[Wellness] is a world view that flourishes amid uncertainty, responding to a desire for reassurance, for protection, for positive affirmation, and it blooms like a corpse flower, at once alluring and grotesque.”

The ancient Greek philosopher is the true godfather of wellness. Consider his teachings for your own 30-day challenge
Lifestyle
1 year ago

When self-care is just selfish