If ever there was a sport to appeal to the social media generation, it's F1 — and this show is the perfect introduction to it 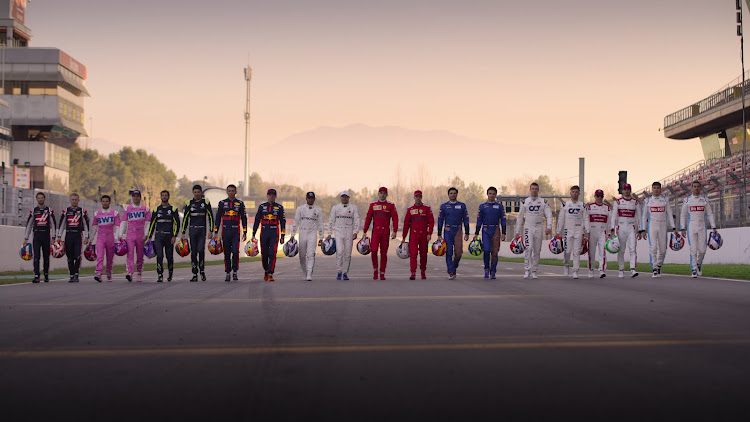 I grew up in a family in which watching sport was an almost spiritual experience, but I didn’t ever understand the appeal of Formula 1.

I really didn’t fathom the attraction of that mosquito buzz of cars driving in monotonous circles round and round the track, with only an accident to break the tedium. Bar watching golf, I couldn’t think of a more boring way to spend an afternoon: hoping for a crash.

That was, until April this year, when, on a family holiday, my brother convinced us to watch Netflix’s Formula 1: Drive to Survive — the show that takes you, Wizard of Oz-style, behind the magic curtain to reveal the inner machinations of the sport.

I hadn’t a clue who Daniel Ricciardo, Max Verstappen, Lando Norris, Charles Leclerc or Carlos Sainz were (now I know they’re all hot). Ask anyone about Lewis Hamilton and most people know who he is — but the other drivers are as obscure to the masses as fashion designer Romeo Gigli is to the average fashion-averse male.

I’ve been a bad mother to my teenage daughter. Ricciardo, with his megawatt smile and millions of Instagram followers, Norris with his boy-band good looks and cheeky YouTube videos and Leclerc, with his Italian/French, champagne-soaked Monégasque lifestyle, are the stuff that teenage girl dreams are made of. She’s now making up for lost time. 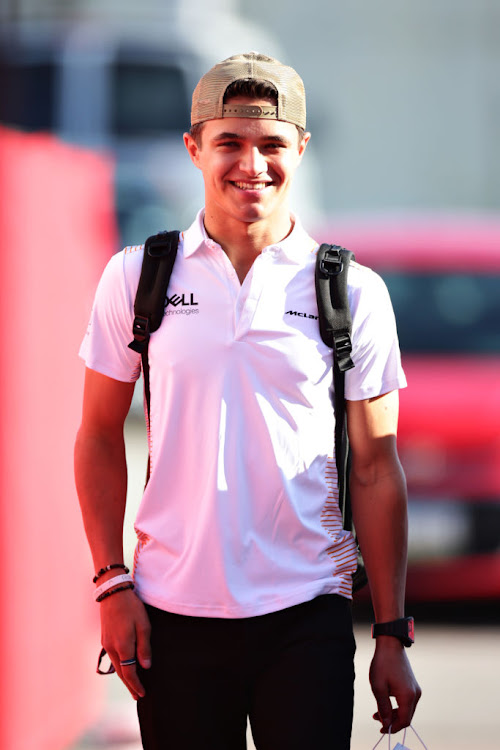 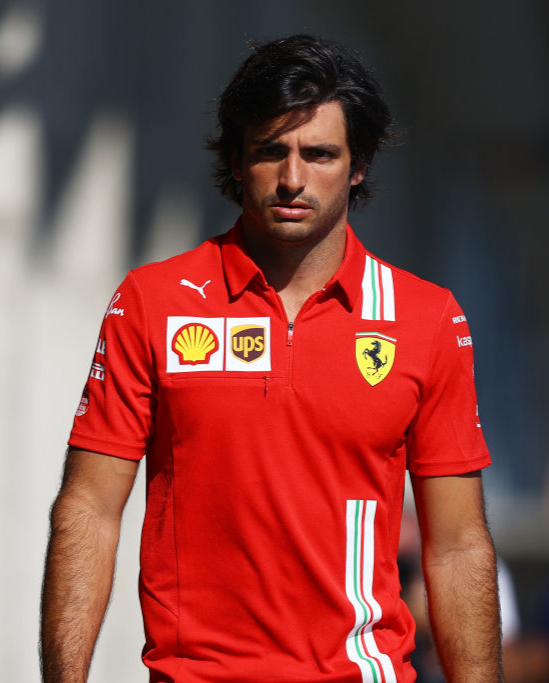 Over the years, I’ve missed out on a lot, too — the dominance of Michael Schumacher as he took Ferrari repeatedly to the top of the podium. The drama of Fernando Alonso — breaking Schumacher’s streak of five world championships in a row, then giving up his F1 career only to make a comeback this year. 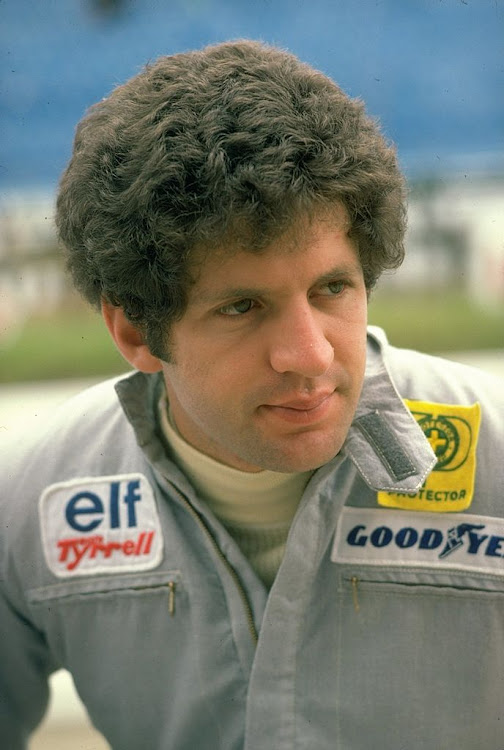 On the local front, the last (and only) time a South African won the championship was when Jody Scheckter took the title in 1979 after being signed by Enzo Ferrari for the season. Having achieved that goal, Scheckter retired from the sport, going into a South African sporting heroes Hall of Fame ... that no kid today would recognise.

Though some people might recall Scheckter’s name, few would know that the only woman to win an F1 race was from SA.

Desiré Wilson is one of only five women to have competed in F1 and the only female to win an F1 race of any kind with her victory at Brands Hatch in the non-championship British Aurora F1 race in 1980.

The Brakpan-born racer retired in 2017 at the age of 63. Until then, based in Salt Lake City in the US, Wilson had raced in the US Pirelli Porsche GT3 Cup series, winning it four times in 2016 and coming second twice in the year she retired.

Wilson’s story would make great television, dogged as it was by politics and the hostility of some of her male rivals — some of whom literally tried to drive her off the racetrack for the audacity of being a woman competing in a racing championship. But as full of hard corners as her story is, I doubt it would do as well in the teenage fangirl category as Drive to Survive, Netflix’s seventh most watched series in March this year.

WATCH | The trailer for 'Formula 1: Drive to Survive'

The first episode opens with Ricciardo’s goofy antics as he hams up each scene and infuses the show with his happy-go-lucky demeanour. A recent global survey by Formula 1 with analysis by Nielsen Sports rates Ricciardo as the fourth most popular driver at the moment, trailing only his teammate Norris in the female fan vote.

Verstappen, the current leader — and the driver who won last week’s Texas Grand Prix, dramatically holding off Hamilton by one second — is F1's most popular driver. He’s particularly popular in the age category of 25- to 34-year-olds. 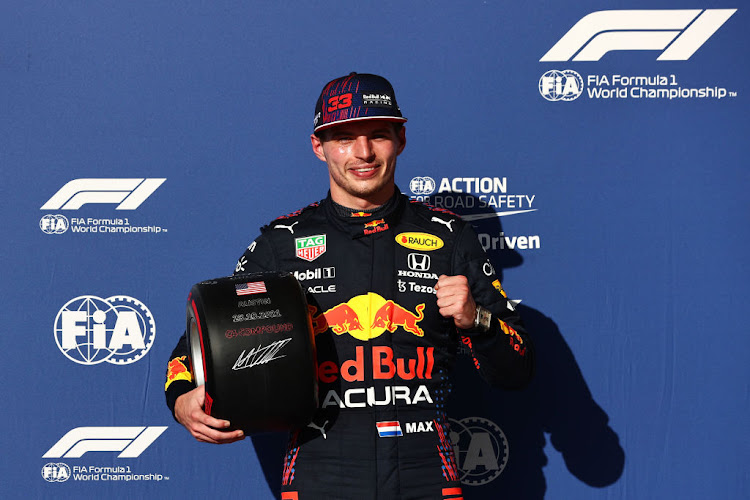 Norris is the ladies’ choice, perhaps because he’s so young and cute. If you’re a teen, you want to marry him — or protect him with your life, if you’re that teen’s mother. Asked by the Formula 1 website for his comments about the survey’s results, he said: “There are so few women in motorsport and racing, so the more I can impact on that and give women the chance to believe they can be here in Formula 1 — maybe not just as a race driver but also engineering or mechanic-ing or whatever — there are plenty of spaces for women to do that.” Aw!

Norris also has a popular YouTube presence and gained a plethora of followers when he appeared with his then teammate, Spaniard Carlos Sainz, cracking each other up on the McLaren Challenges — a stroke of marketing genius for the McLaren team last year. Watching Lando unable to contain himself laughing at Sainz’s pronunciations makes you love him even more.

WATCH | In this episode of McLaren Challenges, Carlos Sainz and Lando Norris play 'What's in the Box Box Box?'

Though most of the F1 drivers get on like a house on fire, it’s the rivalries that add spice to the series.

Finnish driver Valtteri Bottas is a Shakespearean foil to Mercedes’ hero, Hamilton, constantly in the champion’s shadow, bemoaning his wingman status in the team. Between teams, the rivalry between Verstappen and Hamilton is becoming almost legendary, with the former recently flipping the latter the finger and calling him a “stupid idiot” in a radio message to his team manager, the good-looking and affable Christian Horner, whose other claim to fame is being married to an actual Spice Girl — the ginger one.

Tension between Horner and his counterpoint at Mercedes, the dry Austrian Toto Wolff, also fuels the drama. Horner, who, according to Atlantic writer and Formula 1 convert Amanda Mull is “sometimes the Greek chorus and sometimes the villain”, recently said of Wolff that the more he gets “wound up”, the “more fun it becomes”.

Their personalities are polarising, too — and make the choice of who to support in the championship much more complex than being born into the support of your provincial or national team as you do with rugby. These days in F1, you’re picking which personalities to stand behind — and that can say a lot about you.

These days in F1, you’re picking which personalities to stand behind — and that can say a lot about you

And if you want to support the teams that win, you have to be clear with yourself that you’re backing the one with the most money. As Mull says, “The teams with cash generally win, because building rocket ships that function on dry land is very expensive, and carting them around the world to race in occasionally deadly fashion is even more so.”

It's great television though. She adds: “Formula 1 isn’t ... shy about its petrochemical and tobacco ties, its aristocrats and oligarchs, its demonstration of what bored money buys. The centrality of cash isn’t masked with queasy invocations of meritocracy — it is thrillingly explicit.”

What’s more, the sport has a long-standing history of “pay drivers”, who buy their chances at the championship — either with their own money, or with that of a sponsor. Essentially, it’s the pastime of rich boys whose billionaire dads have money to burn in the service of making them track and TV stars, like Aston Martin driver Lance Stroll, whose super-rich father bought the entire team.

Last Sunday, during the Texas Grand Prix, I watched my daughter and her dad have a heated debate about tyre strategy — his money was on Hamilton, hers on Verstappen (she was right). She has detailed ideas about the drivers, knows the twists and turns of each racetrack and is getting some pretty good geography lessons following the championship around the world. She’s also becoming serious about pursuing a career in either driving for, commentating on or working with one of the big Formula 1 teams. 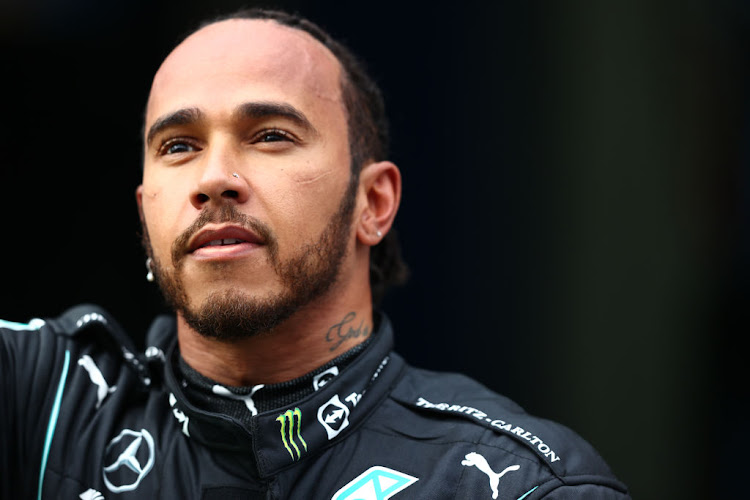 Mull notes that, for many kids, interest in sports has receded from childhood as other entertainment, like video games, YouTube clips and social media have flooded in. This means that interest in participating in sports will wane too — as the hero-worship factor diminishes and kids feel less seduced by the idea of sports stardom.

As these kids become adults, converting them into sports fans will become increasingly difficult, and that, in turn, will make them less likely to take their own kids to games or cart them around to fixtures. If that happens, lessons like showing grace under pressure, the value of teamwork, the importance of focus and concentration, the acceptance of failure and being able to bounce back, the value of hard work, practice and good sportsmanship, and the downsides of cheating will be more difficult to teach.

As it stands, the time that my kids spend participating in sports is welcome relief from the modern tyranny of screens, even if, in my own family and social circle, we do spend a fair amount of time in front of them rooting for our favourite teams. At least when we watch sport it's usually together.

What is it that makes Lewis Hamilton Formula 1's most polarising driver?

Jess Brodie has some ideas
Lifestyle
2 months ago

If Drive to Survive and its offshoots have done anything to boost my kids' interest in sport, that's a good thing, and the show has some important lessons for how to keep the younger generation hooked, too.

My daughter says that Norris in particular straddles the generational gap in how entertainment is consumed. He's a gamer, with a big footprint on YouTube. In fact, he rates himself a YouTuber with a little racing hobby. That's appealing for kids who have grown up using these platforms.

The show has also focused on the personalities of the drivers and other principle players, revealing their humanity so that when we watch the races, we're really invested — not just in the teams, but in the people themselves. Rugby and soccer doesn't do this to anywhere near the same degree.

But the real, newfound appeal of motor racing is the fun that today's young drivers are having with the sport — and, thank goodness, they're taking us along for the ride.

Janet Guthrie is the patron saint of female race drivers

Africa’s first E-Prix will demonstrate that racing electric cars can be fun, fast and sustainable
Lifestyle
2 months ago