Photographs from the 1960s were rediscovered two decades later 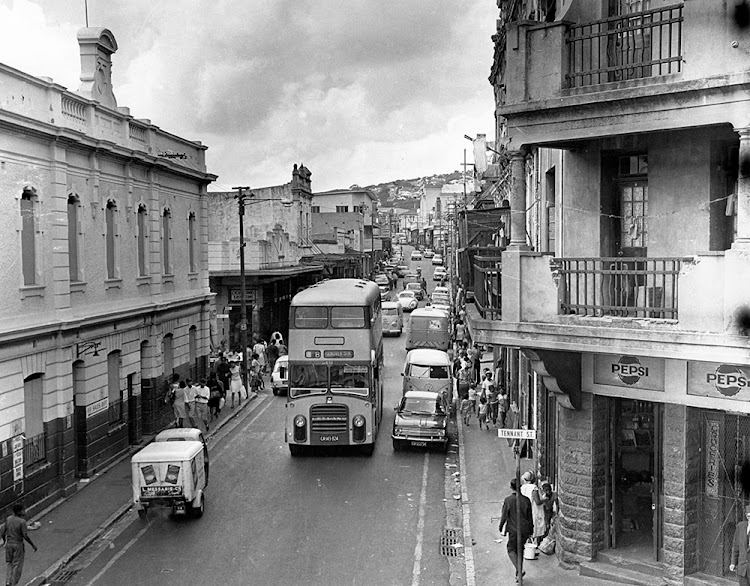 This image of District Six in the 1960s is the main item in the Sunday Times's NFT auction.
Image: Sunday Times

The Sunday Times is stepping into new territory this month alongside the likes of Bryan Habana, Arno Carstens and Marco Oliver when it takes part in a non-fungible token (NFT) auction for the first time.

An NFT can be described as a digital certificate of ownership, according to Momint, an online distribution platform for creators and artists. It is also the organiser of the November 11 auction.

“Non-fungible” means unique and irreplaceable, and the NFT lives on a blockchain — a form of digital ledger (or an “open, transparent and ultra-reliable bank”, says Momint) that stores every token ever created on it. The blockchain “bank” also helps enable the safe trade and sale of these assets.

At this auction, the Sunday Times will sell an NFT for a photograph that forms part of a set dating from the 1960s, taken in District Six, Cape Town. Residents of this neighbourhood were forcibly removed in the 1970s by the apartheid government.

These photographs were rediscovered in 1984 at the Sunday Times’s Cape Town offices. They are believed to have been taken by one or more Sunday Times photographers in the 1960s, though they remain uncredited, and were included in a District Six Museum exhibition in the 1990s.

The buyer at the November auction will acquire the NFT for one of these District Six images along with a second photograph that can be converted into an NFT too.

Some of the proceeds of the Sunday Times auction will go to a charitable cause.

Other highlights of the November 11 auction include:

Four non-fungible token artworks inspired by late Queen frontman Freddie Mercury are being auctioned off for charity to mark what would have been his ...
Lifestyle
2 months ago

Thirty years ago Sir Tim Berners-Lee wrote 9,555 lines that changed the world and soon they’ll be up for auction
World
5 months ago

‘Charlie bit my finger’: viral video of two brothers to be pulled from YouTube after $760,999 NFT auction

A viral video of two brothers from England is the latest to be removed from social media platforms after the boys’ parents auctioned it off on a ...
Lifestyle
6 months ago