To take advantage of the platform’s array of benefits, start streaming today 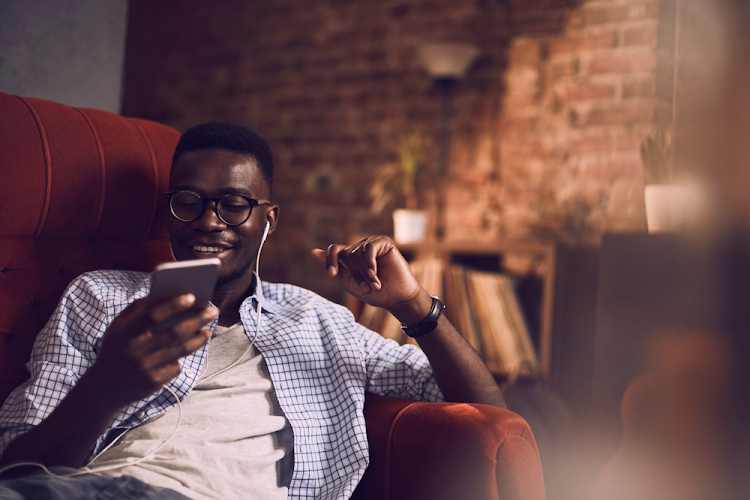 Earlier this year, Rolling Stone Magazine reported that paid music streaming subscriptions in the US experienced their biggest year-on-year jump in 2020. About 15-million people signed up for various platforms for the first time, bringing the total number of paying North American subscribers to more than 75-million people.

This rise of interest in music streaming isn’t particular to the US. In SA, leading market and consumer data provider Statista projects that the local music streaming segment will be worth $55m in 2021. That revenue is expected to grow almost 13% every year, resulting in a projected market volume, says Statista, of $89m by the year 2025. By then, music streaming users in SA are expected to number more than 7-million people.

One platform increasing in interest from people and usage around the world is Huawei Music. Available on Huawei AppGallery, as well as pre-installed on most Huawei devices, this music streaming service is used by 160-million people worldwide every month. Its library is huge, boasting more than 50-million tracks and 1.2-million albums — the equivalent of more than 300 years of non-stop music. SA users are treated to the best local and global hits and artists. Couple this with crystal clear audio and a very easy-to-navigate user interface, it’s no surprise that Huawei Music is gaining in popularity.

While music streaming dates to the emergence of Napster in 1999, its grip started to take hold in the mid to late 2000s. By the early 2010s, some of today’s most prominent platforms already existed and were starting to differentiate their offerings for, and secure their grip on, an international market hungry for easy access to an infinite variety of music.

Before too long, labels and artists had no choice but to make their music available on as many platforms as possible — doing so became a critical business move. Those who failed to keep up with the times, quickly fell away. CDs (but not vinyl records) sat, and continue to sit, on the shelves of music stores, unsold.

The shift hasn’t been without its controversies. Over the years, artists have complained that they earn too little for their work, with streaming platforms taking significant cuts. The model has also been accused of favouring big artists and big labels over smaller acts and independent labels, even if the latter are listened to frequently. This is not the case with Huawei Music, which boasts international artists and up-and-coming talent.

Listeners have challenges too. SA music lovers wanting to stream their favourite artists are hamstrung by the high costs of data. While about 25-million South Africans own a smartphone, the costs involved in streaming music and a subscription often prevent them from enjoying the full advantages of their devices.

Huawei ID, your gateway to a connected mobile life

Challenges, however, are often just opportunities for change. As technology evolves, and the demands of both artists and listeners shift, it’s likely music streaming will adapt too.

The music platform of global technology giant, Huawei, has already started to address some of these issues. For example, when it was launched in 2018, Huawei Music decided to prioritise and support local music, with 80% of its content coming from SA artists. A substantial portion of this music is available for free with additional content available through a paid portal, which won’t dent users’ wallets.

To address data concerns, Huawei makes its music available in several different sound qualities, from low to super sound quality. However, the latter can only be accessed through the subscription option. Playing songs in low or standard quality will help to limit the amount of data required, so your data won’t be gone after listening to just a couple of tracks. Listeners can also choose to download songs they love when they have a reliable internet connection, and listen to them offline.

As we look to the future of streaming services, platforms that meet the needs of artists and listeners will certainly come out tops. To take advantage of Huawei Music’s vast array of benefits, download it from Huawei AppGallery and start exploring.

This article was paid for by Huawei Mobile Services.