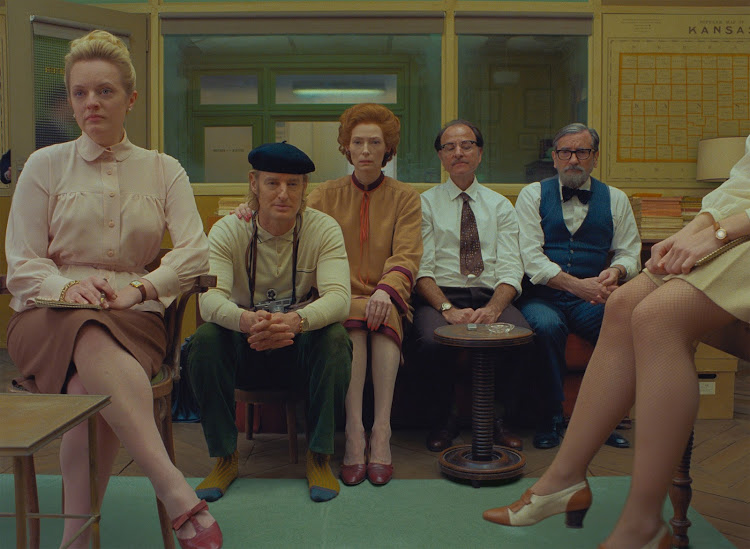 As the descendant of avid fans of The New Yorker, there is much to love and appreciate in The French Dispatch, Wes Anderson’s long-delayed but charming and stylishly realised tribute to the trailblazing magazine’s distinct mix of fiction, humour and ruminative reportage.

Anderson's films, with their archly constructed production and literary storytelling, may seem to be the epitome of The New Yorker’s upper Manhattan intellectual set, but in fact the filmmaker is a native of Houston, Texas, who fell in love as a teenager with the magazine’s whimsical weekly musings on everything that was happening in New York and the world at large.

Over the course of three decades and nine films, Anderson has established himself as the most New Yorker of filmmakers, telling stories characterised by ironic, literary voiceovers and heavily designed mise-en-scène that pay homage to a legion of filmic and fictional heroes that he discovered in the pages of the magazine.

So it should come as no surprise that for his 10th feature, the director turned for inspiration to the source of much of his work. The film is his most freewheeling to date, but displays much of his familiar tropes in an enjoyable celebration of journalists who made the magazine one of the 20th century’s most significant influences on non-fiction writing.

Anderson reimagines the magazine and its writers through the construction of a fictional counterpart called The French Dispatch, a Sunday supplement to a fictional newspaper, the Liberty Kansas Evening Sun. The paper was started by Arthur Howitzer Jr (Bill Murray), the son of the paper’s owner who began the magazine in 1925 (the same year in which The New Yorker was founded) and established it as a home for quirky, brilliant ex-pat American writers based in the delightfully named fictional French town of Ennui-sur-Blasé. Howitzer Jr is a composite based on The New Yorker’s legendary founding editor Harold Ross and his equally memorable successor William Shawn.

We’re introduced to the magazine on the eve of the publication of its final issue in 1975, following the death of Howitzer Jr and in keeping with the edicts of his last will and testament. What follows is presented as a portmanteau film made up of three stories from that issue and an obituary. Anderson’s visual influences are myriad — ranging from tableau vivants that recall the works of French comic genius Jacques Tati, to grand guignol portraits of underworld tragicomic characters that echo Federico Fellini and formal trickery, and playfulness inspired by the French New Wave.

The three stories are, in effect, the director’s reimagining of classic pieces of reporting from the pages of The New Yorker. An opening whimsical journey through the underbelly of Ennui-sur-Blasé by the Dispatch’s bicycle-riding flâneur Herbsaint Sazerac (Owen Wilson) recalls the New York wanderings of American writer Joseph Mitchell, whose work was published in The New Yorker. A story about the convict-turned-prison-artist Moses Rosenthaler (Benicio Del Toro), his muse, the beautiful prison guard Simone (Léa Seydoux) and early cheerleader, art dealer Julian Cadazio (Adrien Brody) is told through the device of an art lecture delivered by the sophisticated toothy critic and writer JKL Berensen (Tilda Swinton) and draws much from SN Berman’s mammoth 1951 six-part profile of art dealer Lord Duveen.

WATCH | The trailer for 'The French Dispatch'.

The second chapter follows Lucinda Krementz (Frances McDormand), a bemused seasoned reporter caught up in a fictional uprising by French students, led by the precocious teenager Zeffirelli (Timothée Chalamet), with whom Krementz has an affair — echoing the events of May 1968 and The New Yorker writer Mavis Gallant’s famously ironic staccato series of diary reports about them.

The third and most emotionally engaging story concerns gay, black writer and epicurean Roebuck Wright (Jeffrey Wright), an amalgamation of James Baldwin and The New Yorker’s legendary renaissance man AJ Liebling, who produced a series of famed pieces on his adventures eating his way through Paris in the 1950s. Roebuck Wright arrives at the offices of a local police commissaire, looking to taste the legendary meals of private cook Nescaffier (Steve Park) but is instead embroiled in a Tin Tin/Dick Tracy madcap kidnap drama involving the policeman’s son. 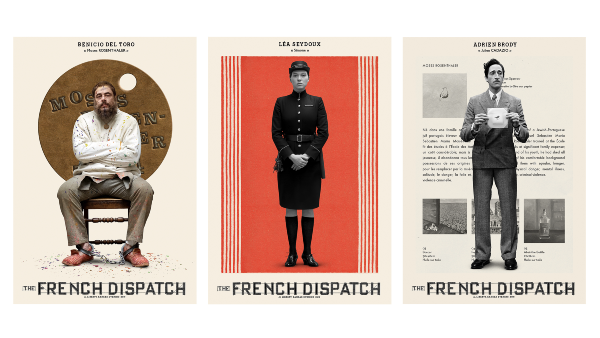 For those of us for whom The New Yorker has been a loved and trusted, brilliantly written, illustrated and curated guide through the tumult of a century, this is a film that pays fitting tribute to the manifold joys of that literary experience.

For those who aren’t familiar with the magazine, there’s plenty of striking, visually evocative and character-filled charm to be had in what’s ultimately a heartwarming love letter to journalism and journalists.  It’s a splendid celebration of a world that once gave them the resources, space and, most importantly, the time to create work that broke new boundaries for showing inventive ways to translate the complexities of lived experience to the page.

• 'The French Dispatch' is on circuit.

Worth binge-watching or a waste of time? We weigh in on the latest movies and series.
Lifestyle
1 month ago

'The Nest' is an intriguing ghost story with no ghosts

The movie is a tender, nuanced portrait of a Korean family making its way in middle America
Lifestyle
2 months ago