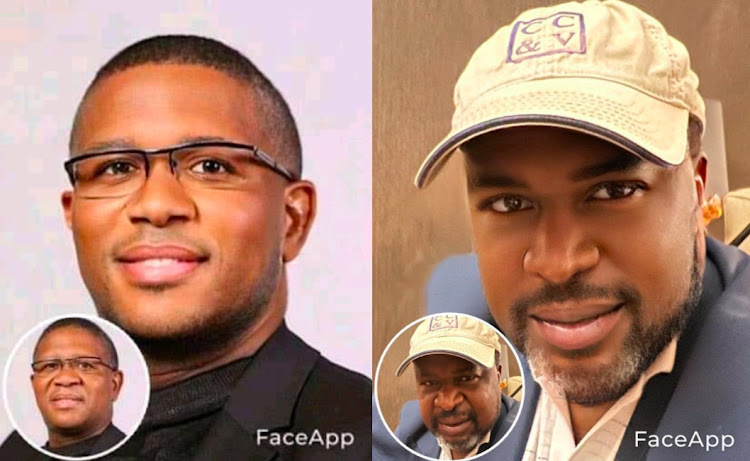 Tweeps have been asking for “younger leaders” in government, and (kind of) got their wish on social media at the weekend.

Transport minister Fikile Mbalula and retired finance minister Tito Mboweni were among the politician faves who left social media doing a double-take over their “younger” versions courtesy of FaceApp.

The app took over on social media at the weekend and saw many hopping on it to give politicians a “glow up”.

The app allows users to change their faces, making themselves appear older or younger.

Users also can edit their makeup, change their hair colour and can even give themselves facial features like a beard and eyebrows.

Mbalula joked that the app takes you from a mom’s crush to a sister’s obsession.

“From icrush kaMama wakho to ekaSisi wakho. What is this witchcraft I see?” he said.

Uzbonile kwi Face App 😅 my sister send me this. pic.twitter.com/xsBOB1enop

The app, owned by Russian company Wireless Lab, came under scrutiny in 2019 after concerns were raised about its user agreement.

The agreement allows the company to use the images users upload for whatever purpose it sees fit.

FaceApp CEO Yaroslav Goncharov told The Washington Post that deleting the app won’t get rid of any photos that are on the company’s servers.

Here is a snapshot of some of their edits:

Face app be lying to us😩😩🤣😂playing mind games with me pic.twitter.com/E5aIRBRpZ5

What in the Kim K is this ? 😬 lol #faceapp pic.twitter.com/9rKuM5pdq7

Concerns have been raised about the picture app's user agreement. We find out if your privacy is really under threat
Lifestyle
2 years ago

The privacy issues around FaceApp haven’t stopped more and more A-listers from using the photo filtering app to get a sneak peek at their future ...
Lifestyle
2 years ago

South Africans generated more than 500,000 search queries on Johnny Clegg on Tuesday, after the Juluka musician succumbed to pancreatic cancer, ...
News
2 years ago