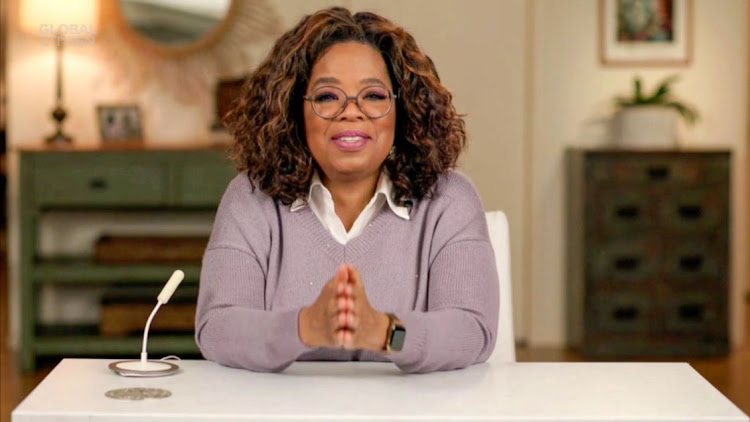 Media mogul Oprah Winfrey had Twitter in stitches after a video of her singing along to Adele’s Hello during a private concert went viral.

The British singer performed at an intimate CBS show attended by high-profile guests including singer Lizzo and Oprah on Monday.

The two-hour concert was filmed at the Griffith Observatory in Los Angeles in the US and will air next week in Mzansi.

Fans relied on clips shared on social media to get glimpses of the event, and were chuckling at Oprah’s attempt at a singalong.

Some were impressed that Oprah was an Adele fan, while others pointed out parts where she got the lyrics horribly wrong.

“We gotta teach Oprah the lyrics though,” one person joked on Twitter in response to a video shared by Lizzo.

Adele sang new songs and some from her previous album, 25, ahead of her upcoming album expected to drop on November 19.

South Africans will get a front-row seat to the concert and an exclusive interview between Adele and Oprah next Monday when it airs on M-Net.

Fans can expect to hear about Adele’s life since releasing her last album, her marriage and divorce and juggling motherhood with running a business.

“I felt like not doing it any more. It made my feet hurt, walking through all that concrete,” she said of the period.

Here’s a snapshot of the reactions to Oprah singing along to Hello:

Oprah fake sings the lyrics to Adele’s ‘Hello’. 😂 C’mon, we’ve all been there. pic.twitter.com/tooTdU7yE4

Oprah really need to start learn the lyrics of the song she sings to, this happen years ago when mariah carey perform and now too in hello adele 😂 https://t.co/53kuTvhBWq

I’m convinced Miss Oprah intentionally messes up lyrics, because how do you not know the lyrics to Hello 😂😂😂 https://t.co/FYUwKcLYcq

We gotta teach Oprah the lyrics though lol pic.twitter.com/PlgMRwTLyq

Bc Oprah sure wasn’t https://t.co/zAvxSBBGpe

Oprah not knowing the lyrics 💀 https://t.co/dV22eXuMhG

Because we know Oprah wasn't 😭 https://t.co/bgOxgwZWBw

Oprah when she gets given the lyric sheet for "Hello" ... pic.twitter.com/9iErtXb9vu

Bonang Matheba is tired of tweeps asking her about starting a family.
TshisaLIVE
8 months ago

Harry and Meghan bet on finance with ESG venture

Prince Harry and his wife Meghan are joining fintech company Ethic, which invests in the environmental, social and governance-focused (ESG) sector
Lifestyle
10 months ago