After nine years, funnyman Riaad Moosa is reprising his role as aspiring stand-up comedian Cassim Kaif in the highly anticipated sequel to the 2012 smash hit, Material.

Called New Material, it promises to be hilarious. Along with Moosa, it stars some of SA’s other favourite jokesters, Joey Rasdien and Schalk Bezuidenhout.

When we last saw Cassim, he was trying to kick-start his comedy career while keeping it a secret from his disapproving father, Ebrahim (Vincent Ibrahim), who would rather he took over his Fordsburg fabric shop.

In New Material, Cassim is trying to juggle the demands of a new marriage and a young child while caring for his ageing parents. Though his comedy career is going reasonably well, he performs mostly to Joburg Muslim audiences and he longs to expand his range and broaden his fan base.

Cue his best friend and agent, Yusuf (Rasdien), who comes up with the idea for Casim to embark on a national tour to boost his career. Though well-intentioned, Yusuf is totally out of his depth.

One of the biggest challenges the pair face is securing sponsorship to fund their grand plan. This forces them into an uneasy alliance with notorious Laudium businessman Shabir Sulabie (Rajesh Gopie), a sponsor who fancies himself as a showman.

When it becomes clear that the megalomaniacal Shabir plans to share the stage with Cassim, the ill-fated tour starts to veer completely out of control.

At the end of it all, the young comedian will have to reassess everything he thought he wanted. 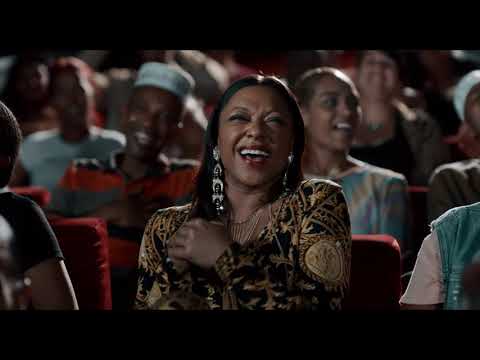 Craig Freimond has resumed his spot in the director’s chair for the sequel, which is produced by Ochre Moving Pictures and Blu Blood Africa and distributed by Indigenous Film Distribution.

“The cast are at the top of the comedy game, and the team behind the film are among SA’s best talent,” says Helen Kuun, MD of Indigenous Film Distribution.

“What better way to see out the end of this challenging year than with some great laughs by our funniest comedians.”

This article was paid for by Indigenous Film Distribution.