A cheap and gaudy knock-off: 'House of Gucci' is Ridley Scott at his worst

This tale of money and murder could have been deliciously told, but strip away the big-name hype and all you've got is a disappointing, all-over-the-place mess 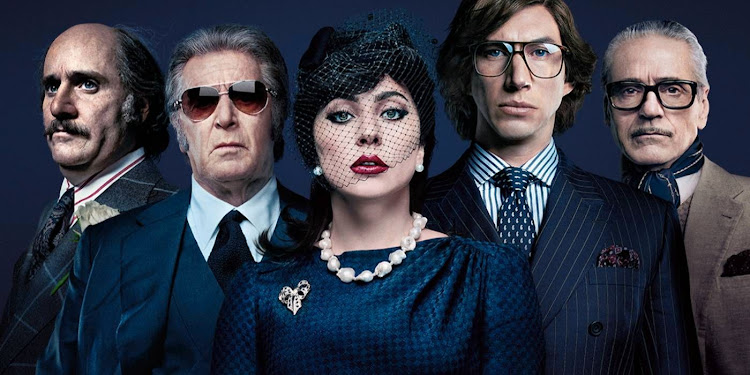 For almost 15 years director Ridley Scott had been searching for a screenplay adaptation of the bestselling 2001 true crime book by Sarah Gay Forde, The House of Gucci: A Sensational Story of Murder, Madness, Glamour and Greed, that would meet with his approval.

The workhorse director finally settled on a screenplay by Becky Johnston and Roberto Bentivegna and then signed up a heavy-hitting power cast including Lady Gaga, Adam Driver, Jared Leto, Jeremy Irons, Al Pacino and Salma Hayek. The film was shot under Covid restrictions last year before unleashing a steroid-driven publicity campaign worthy of the House of Gucci itself. Strip away the hype and what you’re left with is a disappointing, all-over-the-place mess.

The problems of the film are manifold, but let’s begin with the obvious one: the accents. For no discernible reason other than that they’re playing characters who are Italian, all the actors speak in varying degrees of awfulness with thick caricatured Italian accents straight out of a tone-deaf episode of the 1970s British sitcom Mind Your Language. Gaga in particular ends up sounding like a bad Russian villain in a 1980s straight-to-video action film.

'Only women can understand': Gaga on her role as husband-killer Gucci

'The House of Gucci' star Lady Gaga says the story is really about what happens when a woman tries to infiltrate a family business and the men shut ...
Lifestyle
5 months ago

Then there’s the messy matter of Scott’s chosen script. In trying to compress a sprawling, decades-spanning, eccentrics-laden tale of greed, ambition and backstabbing into two-and-a-half hours, Johnston and Bentivegna’s screenplay opts for driving the action forward as quickly as possible at the expense of moments that would allow us to contemplate the motivations of the characters.

The story “goes-a-something-a-like-a-dis:” Maurizio Gucci (Driver) is a carefree, wealthy, smart, young law student who lets his hair down one night in 1978 and goes to a party where he’s immediately uncomfortable and tries to shrink into the background only to find himself the focus of the attention of a fun-loving, young trucking company secretary named Patrizia Reggiani (Gaga).

Patrizia makes sure to bump into him a few days later at the university library to give him her number — in lipstick on the windshield of his Vespa. Soon Maurizio is introducing his new love to his sickly father Rodolfo (Jeremy Irons) who’s initially charmed by Patrizia — but when his son tells him he plans to marry her he declares her a gold digger and promptly disowns Maurizio.

Maurizio shacks up with Patrizia and becomes a blue-collar worker washing trucks and having steamy lunchtime sex with his fiancée in the office. Rodolfo’s brother Aldo (Pacino), who’s running the Gucci empire, coaxes Patrizia and Maurizio back into the family fold because his own son Paulo (a heavily made-up, unrecognisable and madly over-the-top Jared Leto) is a complete idiot. When Rodolfo dies things get messy as Patrizia connives to convince Maurizio to cut his uncle and cousin out of the future of the Gucci empire.

It’s at this point that Scott gives up on even trying to offer anything close to motivation for the characters’ actions, as Maurizio, having been convinced by his dinner-theatre Lady Macbeth to take the throne, soon tires of her and starts an affair with a leggy, glamorous blonde. He divorces his wife and spends the family millions like he’s in a luxury version of a shopping trolley dash.

The furious Patrizia, in cahoots with her trusted psychic Pia (Selma Hayek), comes up with a haphazard plan to hire shoddy hitmen to enact her revenge, which brings us to the final 10 minutes of the film that swiftly dispenses with her trial and conviction for murder.

Scott’s direction is all over the place and he never decides what aspect of this potentially delicious camp soap opera he wants to emphasise, instead pushing the narrative forward as quickly as possible without getting bogged down in details.

Gaga is good enough, mostly because her character is given the closest the script offers to some sort of motivational consideration. Pacino’s unpredictable histrionics generally work to his advantage here; Irons looks as if he’s trying to stop himself from laughing at the ridiculous sounds coming out of his mouth and Leto, well he’s at least well on his way to becoming a viral meme sensation, if nothing else. 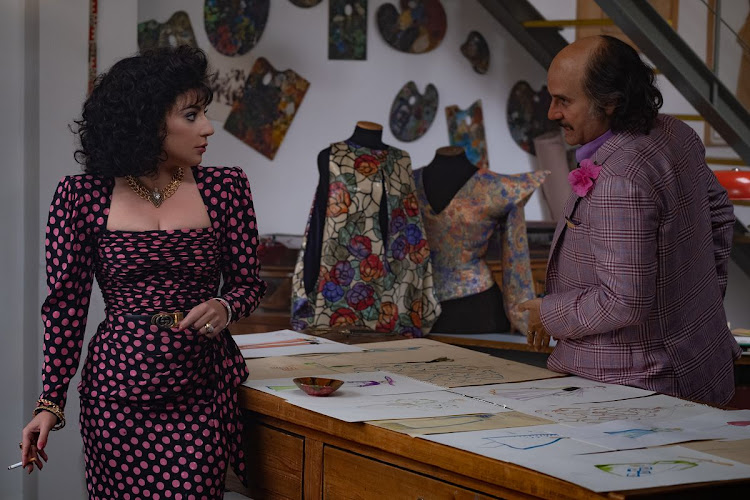 It’s also all incredibly lacking in any kind of visual style or imagination and Scott’s musical choices — intended to remind us of the period — are the kind of on-the-nose, “Now That’s What I Call Music” selections your uncle loves to dance to at the New Year braai.

Despite its glitzy publicity promises, the film is not a lovingly tailored luxury product but a cheap, gaudy knock-off bought for $30 in a downtown market that falls apart almost as soon as you take it home.

• 'House of Gucci' is now in cinemas.

Bursting with bling, ‘House of Gucci’ tells of the feuds behind fashion

The film, which opens on Thursday, goes behind the scenes to tell the story of the family behind the brand
Lifestyle
6 months ago

Oscar-winning director Jane Campion is back after a 12-year hiatus with a film that explores complex emotions against the backdrop of the Old West.
Lifestyle
5 months ago

'Last Night in Soho' horror revival is more like a dose of 'so what?'