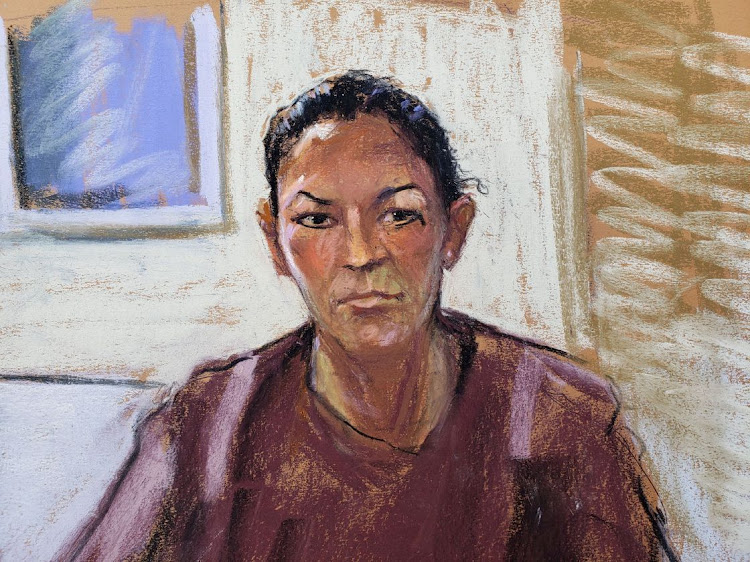 A woman who says Ghislaine Maxwell groomed her for abuse by late financier Jeffrey Epstein when she was a teenager testified on Monday that she initially looked up to the British socialite, calling her “everything that I wanted to be.”

The woman, who is testifying under the pseudonym Kate, is the second of four women cited in a 2021 indictment of Maxwell to take the stand at the former Epstein companion's sex abuse trial in Manhattan federal court. The trial began last week and is set to last into January.

Kate said she was 17 and struggling to make friends after moving to Britain from France when she met Maxwell for tea at her London town house in 1994. Maxwell offered to introduce Kate to her boyfriend, who she said could help with her aspiring music career, Kate said.

“She seemed to be everything that I wanted to be,” said Kate, who is now 44. “I left there feeling exhilarated and like somebody wanted to be my friend.”

Maxwell later invited her to the house to give her boyfriend — Epstein — a massage, even though she was not a massage therapist, she said. Kate said she had the first of many sexual encounters with Epstein that day.

A woman who claimed she was sexually abused by the late financier Jeffrey Epstein at the age of 14 told jurors on Tuesday at Ghislaine Maxwell's ...
Lifestyle
6 months ago

Maxwell, 59, has pleaded not guilty to eight counts of sex trafficking and other charges. Her lawyers say the memories of the accusers have been corrupted over the decades that have passed since the alleged encounters.

As Kate was over the age of consent in Britain, US District Judge Alison Nathan instructed the jury that any sexual encounters she described were not “illegal sex acts.”

Still, prosecutors can use Kate's testimony to corroborate patterns in Epstein's and Maxwell's behaviour that other witnesses have described, including that Maxwell took teenage girls under her wing as a means of “grooming” them for Epstein's abuse.

Kate said she went on to become a musician and a model, and stayed in contact with Maxwell and Epstein for years.

“I was also fearful of disengaging because I had witnessed how connected they both were,” said Kate, who recalled that Maxwell told her she was friends with Britain's Prince Andrew and US businessman Donald Trump, who went on to become president.

Neither Trump nor Prince Andrew has been accused of wrongdoing in the case.

Last week, jurors heard from Jane, a woman now in her early 40s who said Epstein began abusing her while she was 14 in 1994.

Witness says she was sexually abused by Epstein at age of 14. Sordid details of Epstein and Maxwell’s actions emerge
World
6 months ago

Maxwell was Epstein's employee responsible for managing his various personal properties at the time of their encounters with Kate. Maxwell and Epstein were romantically involved in the 1990s and remained associates after their relationship broke off.

Maxwell's lawyers say their client is being scapegoated for Epstein's alleged crimes since he is dead. The globetrotting investor killed himself in 2019 at age 66 in a Manhattan jail cell while awaiting trial on sex abuse charges.

Prosecutors have said Maxwell wanted to keep Epstein “satisfied” to “stay in the lifestyle to which she was accustomed.”

On Monday afternoon, prosecutors displayed bank records showing that Epstein wired Maxwell upward of $30 million in three transactions in 1999, 2002 and 2007.

In 2007, after receiving $7.4 million from Epstein, Maxwell transferred the funds to an account for a company called Air Ghislaine Inc that then bought a green helicopter, the records show.

Ghislaine Maxwell faces what Jeffrey Epstein never did — a trial

Lawyers for Ghislaine Maxwell said the overturning of Bill Cosby's 2018 sexual assault conviction justifies throwing out sex trafficking and other ...
News
11 months ago

A fund to compensate victims of Jeffrey Epstein's sexual abuses has completed the payout process, giving more than $121 million to about 138 people, ...
News
10 months ago