'My soul is broken' because of Ghislaine Maxwell, accuser tells court 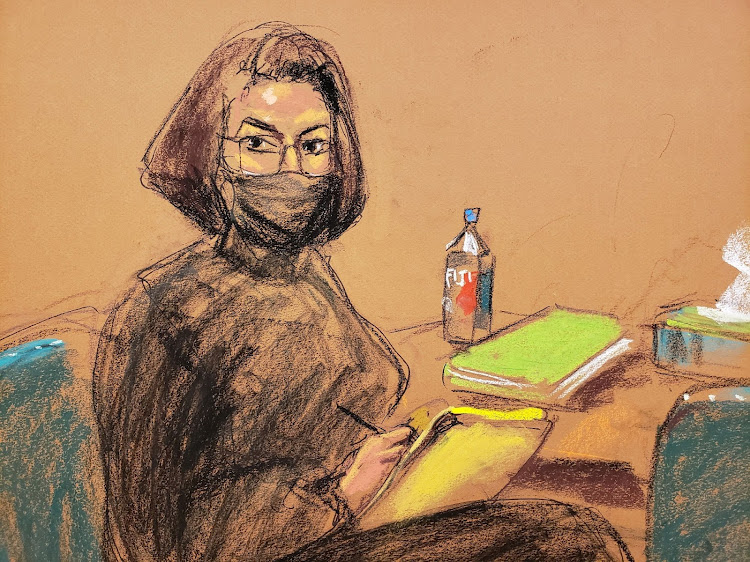 A woman whose accusations underlie the criminal sex trafficking case against Ghislaine Maxwell testified on Tuesday that she felt “broken” after the British socialite fondled her about the time she was giving nude massages to Jeffrey Epstein at age 14.

“I was fully nude and she came in and she felt my boobs and my hips and my buttocks and said that ... I had a great body for Mr. Epstein and his friends,” Carolyn, who chose not to reveal her last name, told jurors in Manhattan federal court.

Carolyn, now in her mid-30s testified that when she was 14, she had told Maxwell her age at Epstein's estate in Palm Beach, Florida.

Carolyn is the third woman to have testified that she was abused by Epstein at Maxwell's trial, which appears to be going faster than expected.

A woman who says Ghislaine Maxwell groomed her for abuse by late financier Jeffrey Epstein when she was a teenager testified on Monday that she ...
Lifestyle
1 month ago

Both sides had projected the trial would last into mid-January, but prosecutor Alison Moe told US District Judge Alison Nathan outside the jury's presence that the government may finish its case by Thursday.

It is unclear how long a defense case might last. The trial has been going on seven days so far.

Maxwell, 59, has pleaded not guilty to sex trafficking and other charges for allegedly recruiting and grooming teenage girls for Epstein, her onetime employer and boyfriend.

Lawyers for Maxwell have said her accusers' memories have been corrupted over time.

They also said she is being scapegoated for Epstein's alleged crimes, after Epstein killed himself in 2019 in a Manhattan jail while awaiting trial on sex trafficking charges.

Maxwell lawyer Jeffrey Pagliuca cross-examined Carolyn about possible inconsistencies between her testimony, her 2007 FBI interview about Epstein, and her 2009 lawsuit against Epstein and another assistant in which she did not mention Maxwell.

Carolyn said Maxwell was “not a topic of conversation” during her conversations with law enforcement.

“The only thing Ms. Maxwell was involved in was fondling my breast and my buttocks, and for that my soul is broken and so is my heart,” she said.

I was fully nude and she came in and she felt my boobs and my hips and my buttocks and said that ... I had a great body for Mr. Epstein and his friends

Pagliuca also asked Carolyn if there was an “incentive for you to stick to your story” after she reached a $3.25 million civil settlement with a fund to compensate Epstein's victims, where she mentioned Maxwell in her claim.

“Money will not ever fix what that woman has done to me,” Carolyn said, sobbing.

One juror shook her head as Pagliuca questioned Carolyn on how fast she spent settlement money from her 2009 lawsuit.

'I WAS TOO YOUNG'

Jurors had previously heard from two women who said Maxwell set them up for sexual encounters with Epstein when they were also teenagers.

The women, known by the pseudonyms Jane and Kate, testified that they had been aspiring entertainers and that Maxwell had told them Epstein could help advance their careers.

She testified that her mother was a drug user and alcoholic and her grandfather sexually abused her when she was four. Carolyn also said she became a cocaine addict, and dropped out of school in the seventh grade.

Carolyn said she was introduced to Epstein in 2002 by Virginia Giuffre, one of Epstein's and Maxwell's most prominent accusers, who asked her “if I wanted to go make money.”

She said she helped Giuffre massage Epstein for 45 minutes, and then watched Epstein have sex with Giuffre. Carolyn said three $100 bills were left for her on a bathroom sink.

Giuffre has said in civil lawsuits that Epstein and Maxwell trafficked her while she was a teenager. She is not expected to testify at Maxwell's criminal trial.

Prosecutors on Tuesday also showed jurors photos depicting what they called Epstein's intimate relationship with Maxwell, including Maxwell massaging Epstein's foot while it was pressed against her chest.