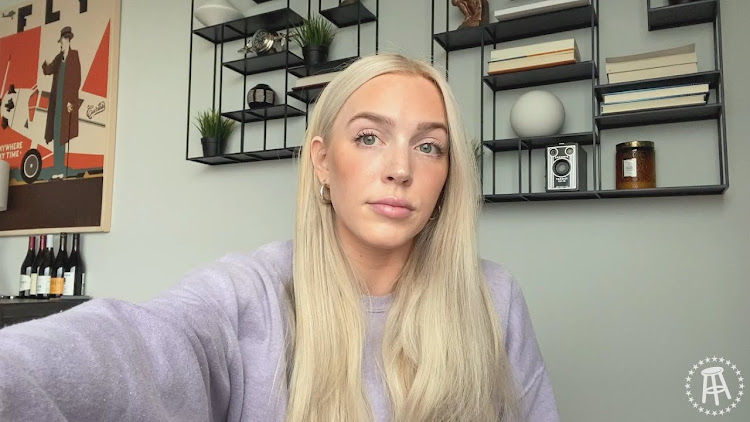 Alexandra Cooper, founder and host of one of the most popular podcasts in the world, Call Me Daddy.
Image: YouTube/Barstool

As the subject of content for TV shows, movies, books and podcasts, sex is the gift that just keeps giving. Case in point, the explicit new podcast that’s blown up all over the American press, Call Her Daddy, Alex Cooper’s raunchy sex tips for girls. It’s the fifth most popular podcast in the world, just behind Michelle Obama (Joe Rogan is at number 1) — and has already earned the 27-year-old millions of dollars.

Cooper calls her podcast “a woman’s locker room conversation”. Polly Vernon, in The Times, calls it the lewdest, most graphic, hilarious/ghastly examination of complicated sexual misdemeanours and triumphs she’s ever heard. One thing’s for sure, it’s raunchily out there, having pioneered some interesting concepts like the “Gluck Gluck 9000” — Cooper’s step by step patented instructions on how to give the perfect oral sex (she swears that satisfaction is guaranteed). Her episode titles include “You’re Just a Hole”, “How I Glucked My Way to the Top”, “The Roadmap to his A**hole” and “The Toxic Dick Daze”.

"I realised, this is different. This is a voluptuous woman who is sexy and owns it," Thandeka shared.
TshisaLIVE
7 months ago

While Cooper doesn’t reveal the names of the men she speaks about on the podcast, giving them each a moniker instead, like Male X or Slim Shady, as she refers to her ex-boyfriend, she does say to have taken advice from a large number of males to share with her female listeners in a breathy, gossipy, sometimes hysterical dialogue with her one-time partner in the endeavour, Sofia Franklyn.

Cooper launched Call Her Daddy with Franklyn in 2018 and after the first two months had notched up over 2-million downloads. She split up with Franklyn acrimoniously  in 2020, but signed with online streaming service Spotify in June this year, relaunching Call Her Daddy as a one-woman show in a deal reportedly worth $60m (almost a billion rand).

“There are so many serious topics that can be discussed, but this is a comedy podcast. I’m trying to make people feel good about themselves, confident about themselves, excited about sex,”  says Cooper, adding that huge numbers of women have thanked her for “making sex sexy again”.

Cooper’s received some criticism for being antifeminist because of her focus on male pleasure. As Vernon puts it, with street harassment, everyday sexism and desperate confusion over consent, sex in the past four years has become about danger. “Women have been increasingly cast as sex’s victims, not its willing participants. Then here’s Cooper, talking like sex is fun, like knowing how to give brilliant oral sex is a core skill.”

Cooper argues that Call Her Daddy is feminist, though she prefers the term “empowerment”. She says the title of the podcast itself is a subversion of female sexual submission — the idea that your male sexual partner is your “daddy”.

Making the Forbes 30 under 30 list started as a dream, turned into a goal, and now is reality. I truly can’t express how much this means. Thank you @forbes but more importantly, thank you Daddy Gang. pic.twitter.com/50kj5UafDl

Though Cooper has hitched her wagon to the clickbaitiest of subjects, she say that her advice for women who want to know about fail-safe techniques to pleasure their partners is a kind of empowerment.

For all her Gluck Glucking, Cooper places a lot of emphasis on female pleasure and has created a space for women to associate sex with silliness and fun rather than shame or darkness. She advocates for, in Vernon’s words, “a lighter, more comfortable, jollier relationship with sex it than those who fear sex, find it riddled and fraught with complex gender politics, have not acquired the language, the will or the social context to discuss and dissect it freely”.

Gwyneth Paltrow is another celebrity turning our eternal fascination with sex into big bucks with her Netflix series Sex, Love and goop. The New York Times has called the show “splendidly uncool”, with its consciously diverse long-term couples, all of whom are experiencing some level of sexual frustration or dysfunction. 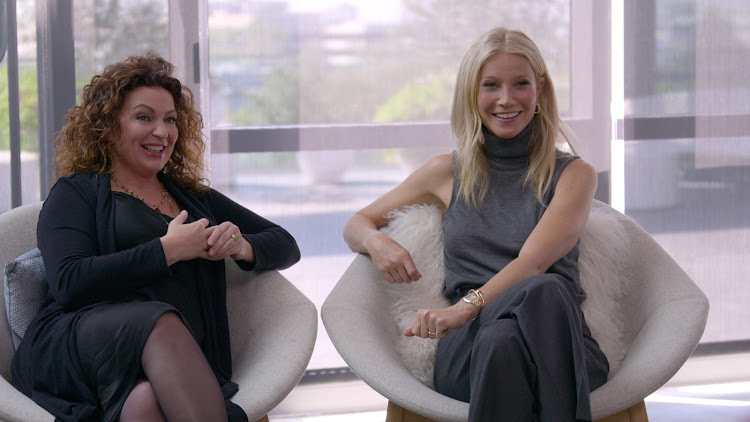 The couples in the show air their problem, usually a sexuality mismatch, and then each couple workshops their issues with some sort of sexual healing practitioner. Everything about the show is, like Paltrow, soft, subtle, clean and well ironed, with only the faintest hint of kink in the form of a silk scarf or metal chin whip.

Despite the “yoni” mentions, there are relatively few cringe moments in the series. Instead, it’s rather intriguing to see people develop in their sexual relationships even as their vulnerability shows.

As Michaela Boehm, relationship coach on the series,  puts it, “when it comes to the sexual realm, with a little bit of skill and a little bit of intervention, everyone can learn”.

The world of kink and pain play has evolved into a profitable culture but is still consigned to the shadows, laden with taboos and ignorance.
Lifestyle
1 month ago

TV shows expose the cracks — and quacks — in the wellness racket