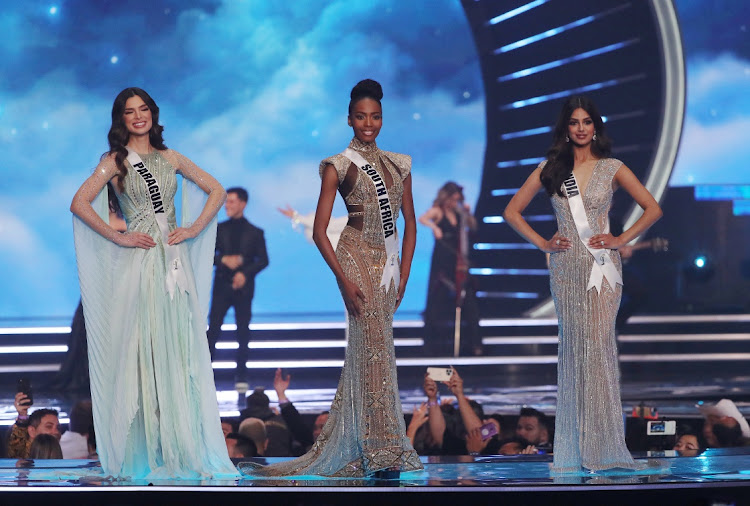 Miss SA Lalela Mswane was the toast of social media on Monday morning after finishing second runner-up at the Miss Universe pageant held in Israel on Monday.

She beat Miss Colombia Valeria Ayos and Miss Philippines Beatrice Luigi Gomez in the top five and 75 other women.

Speaking at the pageant, Mswane urged young women to “choose courage over comfort at every opportunity they get”.

“I would like young women to know that since the beginning of time they have had everything within them to achieve anything they wanted. It is the world that convinced we do not.”

She had earlier impressed in the question and answers sections when she spoke of cancel culture and advocated for “redemption culture”.

“I believe everyone should be held accountable for their actions. if a person does not know how to act on social media, they should be cancelled. I believe in cancel culture. In the same breath, I believe in redemption culture and hoping the person has matured, learnt and done better. I hope they do better and are redeemed. I do believe they can grow and should be given the gap to do that.”

Mswane’s participation in the pageant had been marred in controversy with politicians and civil society calling on her to take a stance against Israel in that country’s conflict with Palestine.

The government pulled their endorsement of her, claiming the Miss SA Organisation did not seem eager to appreciate the negative impact of representing the country in Israel. The Miss SA organisers defended Mswane's participation, saying it was “not getting involved in a political war of words”.

In an interview with The Jerusalem Post over the weekend, Mswane said her “soul would not have been at peace” if she had skipped the pageant.

“Certain people have put me through hell and back. It has not been the easiest thing to deal with. But I choose to be optimistic. The way everything unfolded reminded me of His greatness and why I’m here.”

South Africans flooded social media in the early hours of Monday morning to celebrate Mswane and hail her as their winner.

Here’s a look at some of the reactions:

“Courage over comfort” ❤️❤️❤️❤️❤️ look what happens when you let your heart do the job @Lalela_lali I keep telling you how necessary you are. We truly are our ancestors wildest dreams. Can’t wait to see you and celebrate you @Official_MissSA pic.twitter.com/4VSty0lz0s

It’s going to be an interesting day on twitter.

A special S/o to our Queen, #misssouthafrica Lalela Mswane for achieving 3rd position out of 80 ladies is quite a feat 👏👏#MissUniverse2021 pic.twitter.com/PtppfwEiR9

We stand with Palestine.✊

I’m so proud of @Lalela_lali. She’s such an inspiration. Through the hate, noise and toxicity of social media and the ANC government, she stood firm and persevered. She used the platform to advance a message of peace and unity. That’s REAL activism! #2ndRunnerUp #MissUniverse2021 pic.twitter.com/JBx6kOqt40

One of her bold statements that resonated with black women globally was her haircut that had never been seen on a Miss Universe stage.
Lifestyle
1 month ago