Take your time or gobble them up, this wide-ranging list of shows will entertain for hours with drama, intrigue, great plots and excellent acting 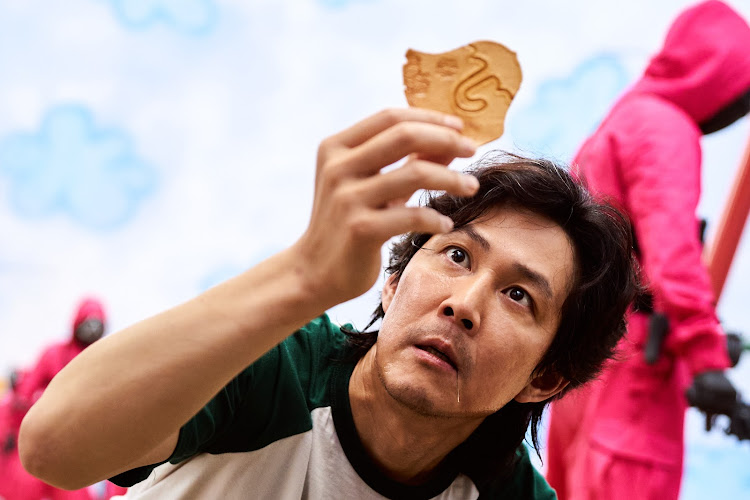 Creator Jesse Armstrong returns to the back-stabbing, ruthlessly ambitious world of the fictional mega-wealthy media baron Logan Roy and his power-hungry children for an uncomfortable, darkly hilarious third season. This season spreads the rivalry and acrimony and bitter brutal takedowns deliciously thick as we wait to see if the burning overarching question of which Roy will be King is finally answered.

WATCH | The trailer for season three of 'Succession'.

Kate Winslet gives an immersive, gritty performance as a small-town Pennsylvania detective whose investigation of the murder of a young mother leads her on a journey that will reveal the dark secrets lurking behind the peaceful facade of the town and have devastating consequences for her own life and of those she considers her closest and most trusted friends.

WATCH | The trailer for 'Mare of Easttown'.

South African actress Thuso Mbedu smashes her way onto the international stage with her enthralling performance as the lead in Barry Jenkins’ epic and profoundly relevant adaptation of the Pulitzer Prize-winning novel by Colson Whitehead about one young slave woman’s journey through a fictional vision of America as a hellish nightmare of different expressions of racial injustice and hate.

Where to watch it: Amazon Prime Video

WATCH | The trailer for 'The Underground Railroad'.

Mike White’s biting, satirical takedown of American privilege is carried by an exceptional cast and a carefully presented examination of the follies of its increasingly dislikable characters whose Hawaiian paradise vacation descends into absolute chaos with horrible, cringey results.

WATCH | The trailer for 'The White Lotus'.

1971: THE YEAR THAT MUSIC CHANGED EVERYTHING

There are some glaring omissions in this apparently exhaustive account of one year and its many ground-breaking musical achievements. Overall though this archive-rich and far-ranging look at a tumultuous moment in political, social and musical history stands up as a lovingly realised and thought-provoking tribute to a pivotal time and the musicians who rose to meet its unique challenges.

Where to watch it: Apple TV +

SCENES FROM A MARRIAGE

Oscar Isaac and Jessica Chastain give compassionate and dedicated performances in this sometimes hard to watch but always moving update of Ingmar Bergman’s 1973 Swedish TV series that offers a difficult but necessary dissection of the choppy emotional waters of modern marriage.

WATCH | The trailer for 'Scenes From A Marriage'.

Another carefully crafted relationship saga that’s carried by the exceptional maturity of its young performers, this delicately realised adaptation of Sally Rooney’s best-selling novel follows the aching romantic journey of two young Irish teenagers as their lives intersect and break away over the course of their post-high school lives.

WATCH | The trailer for 'Normal People'.

Where to watch it: Netflix

WATCH | The trailer for 'Squid Game'.

Jean Smart steals the show as a Joan Rivers-inspired veteran female Vegas comedian who’s struggling to remain relevant in an increasingly competitive and saturated entertainment arena. When she’s unwillingly paired with a younger, cynical, lesbian joke writer the two form an unlikely but effective team as they both learn that perhaps they both have something to teach each other about life, jokes and how to take down the patriarchy.

WATCH | The trailer for 'Hacks'.

COLIN IN BLACK AND WHITE

Colin Kaepernick teams up with director Ava DuVernay to offer a show that mixes elements from documentary, biopic and black history lessons to offer a relevant look at some of the key moments of the activist football star’s young life, which helped to shape his political consciousness and influenced the momentous principled positions he took at great risk to his career later on.

Where to watch it: Netflix

WATCH | The trailer for 'Colin In Black and White'.

WE ARE WHO WE ARE

Luca Gaudagnino’s evocative exploration of the restlessness, angst and curiosity of a group of teenagers living on an American military base in Italy is a beautifully executed and meandering depiction of the ebbs and flows of a pivotal coming-of-age moment in the lives of its strongly crafted young characters.

WATCH | The trailer for 'We Are Who We Are'.

David Tennant is brilliantly chilling in his depiction of the mild-mannered serial killer Dennis Nilsen who was arrested for and confessed to the murders of multiple young, homeless men in 1983. Tightly scripted and tautly directed the three-episode drama offers a terrifying deep dive into the psychopathy and twisted motivations of its deeply disturbed protagonist that’s sometimes hard to watch but always darkly fascinating.

Where to watch it: Britbox

WATCH | The trailer for 'Des'.

The films tackle Mexican law enforcement, the tale of an Afghan refugee, and the fascinating story of one of musical history’s most innovative groups
Lifestyle
1 month ago

Get your popcorn ready: here are our picks for the best movies of 2021

An ageing woman's quest for survival, a Korean family’s search for the American dream, and Nicolas Cage seeking a stolen pig are among the year's ...
Lifestyle
1 month ago

True stories from SA just show that the desperation of the impoverished is much worse in real life.
Lifestyle
1 month ago