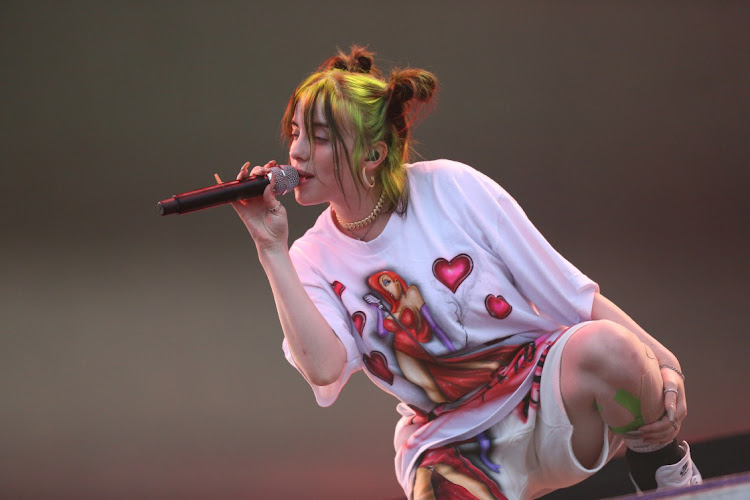 Billie Eilish is one of the singers expected to headline the 2022 Coachella music festival. Organisers said the festival would return over the weekends of April 15-17 and April 22-24 this year.
Image: Getty Images

Singers Billie Eilish and Harry Styles as well as rapper Kanye West and group Swedish House Mafia are among the line-up for this year's Coachella, organisers said on Thursday, as the music festival returns after three years.

One of the world's biggest music festivals, Coachella was last held in 2019 and scrapped in 2020 and 2021 due to the Covid-19 pandemic. Organisers said in June the open-air festival, held in the California desert, would return over the weekends of April 15-17 and April 22-24 this year.

Styles, Eilish and West were announced as headline acts in a line-up poster on the Coachella website and social media pages, with the former One Direction singer performing on both Fridays.

Presale for Weekend 2 starts Friday 1/14 at 10am PT. Weekend 1 is sold out. Register now at https://t.co/qujCsdCWkp pic.twitter.com/cEp5iNJY9M

Eilish and West, who changed his name to Ye last year, will perform on the two Saturdays and Sundays respectively.

Tickets for the first weekend are sold out, organisers said, with pre-sales for the second weekend starting on Friday. (Reporting by Marie-Louise Gumuchian Editing by Gareth Jones)

Ronnie Spector, leader of the music group Ronettes, has died at 78

Ronnie Spector, singer of the 1960s hits "Be My Baby" and "Baby, I Love You" has died at the age of 78, her family said in a statement on Wednesday.
Lifestyle
1 week ago