Newest cinema release filmed in Cape Town, updates around 'Licorice Pizza' and 'A Journal for Jordan' and upcoming 2022 biggies like 'The Batman' and 'Avatar 2', plus R2,000 is up for grabs 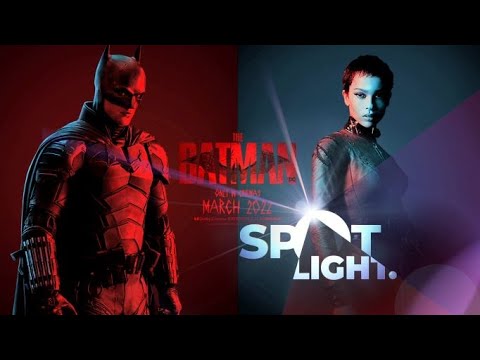 Spotlight is our entertainment bite-sized snapshot featuring new entertainment releases in SA, exclusive film trailers and much more. New episodes are out every Thursday on Sunday Times Lifestyle, Sowetan Entertainment and on YouTube, plus you can follow Spotlight on Facebook.

We look ahead to upcoming movies for 2022, as well as our cinema release this week: Redeeming Love, featuring South African talent and which was shot in Cape Town.

It follows the journey of Angel (Abigail Cowen), against the backdrop of the 1850 goldrush in California. As a child she knew only betrayal and pain, but she discovers that love can be transformative and triumphant. Also starring Tom Lewis, Redeeming Love starts at cinemas on January 21.

Spotlight also features some exciting updates and news about two cinema releases at the end of January. Licorice Pizza, by acclaimed writer-director Paul Thomas Anderson (Boogie Nights, Punch Drunk Love), garnered some great feedback from local cinema audiences. SA cinemagoers’ comment ranged from “brilliant” to “funny, sweet and charming” and “my current favourite film” at recent advance screenings, proving that we are in agreement with the high ratings accorded it by international audiences and critics.

We also have a peek at the Denzel Washington-directed A Journal for Jordan. Based on a true story, it's the heart-wrenching portrayal of First Sergeant King’s (Michael B Jordan) untimely deployment to Iraq, leaving behind his wife and baby.

Lastly, we look at all the reasons to look forward to 2022: many big movies are touted for big cinema releases, including Top Gun: Maverick (which we hope will reach cinemas this year), The Flash, The Batman, Minions: Rise of Gru, MI7, Black Panther: Wakanda Forever, Avatar 2 and so many more.

For full interviews, breaking news, trailers, clips and competition details, visit our Spotlight Facebook page. See you at the movies!

Stand a chance to win R2,000 by entering our competition

To help ease the Janu-worry blues, in that long countdown until payday, this week’s competition giveaway is a cash prize of R2,000.

To enter, visit Spotlight SA on Facebook for all the details.