‘I want to keep myself, my team safe’: Elton John has Covid-19, postpones US tour dates 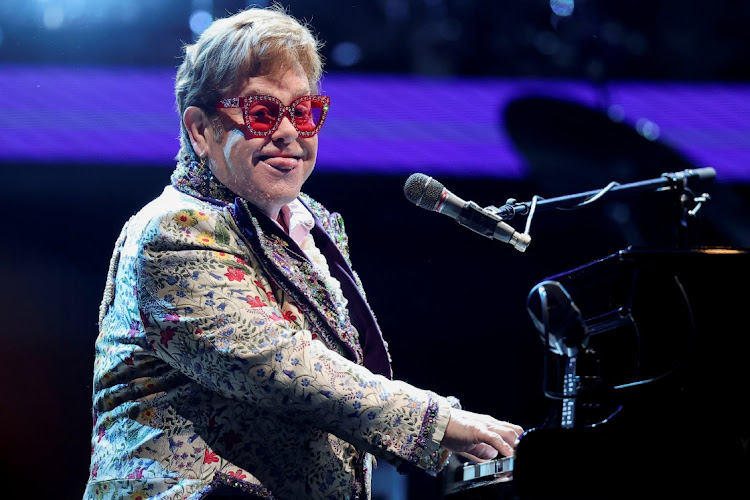 Singer Elton John has postponed some tour dates in the US after contracting Covid-19. File photo.
Image: Jonathan Bachman/Reuters

British singer and songwriter Elton John said he has Covid-19 and has been forced to postpone some US concerts, though his symptoms were mild and he expected to be able to resume his farewell tour at the weekend.

The singer of the hits Rocket Man and Tiny Dancer restarted his Farewell Yellow Brick Road tour last week, returning to the stage in New Orleans after a nearly two-year hiatus.

John said he would reschedule the postponed shows in Dallas this week but was expecting to recover in time for concerts in Arkansas this weekend.

“I’m so sorry to anyone who has been inconvenienced by this but I want to keep myself and my team safe,” he said in an Instagram story.

“Fortunately, I’m fully vaccinated and boosted and my symptoms are mild.”

Marking his retirement from performing on the road, John’s global tour started in September 2018. Like other musicians he was forced to halt live shows due to the Covid-19 pandemic.

In September last year he announced he was pushing back the tour’s European dates due to hip problems.

John, who has enjoyed a more than 50-year music career, is due to perform across North America until April. His tour will then take him to Europe and back to North America before playing in Australia and New Zealand next year.

He is scheduled to wrap up the tour in Europe in 2023.

A tearful and apologetic Adele on Thursday postponed a series of Las Vegas concerts due to start on Friday because half her crew was sick with ...
TshisaLIVE
3 months ago