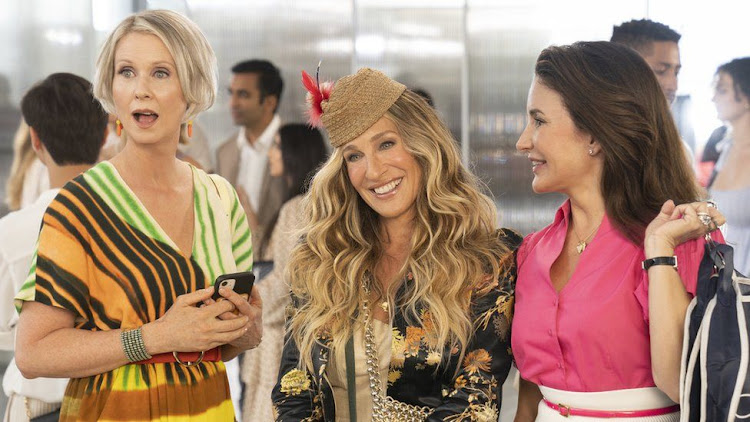 Cynthia Nixon, Sarah Jessica Parker and Kristin Davis in 'And Just Like That..".
Image: HBO

With one episode left of the Sex and the City sequel And Just Like That..., creators have unveiled a final treat for fans, announcing the release of a “behind-the-scenes” documentary later this week.

The doccie will debut on HBO Max on Thursday, the same day as the final episode of the new show.

In a 1:42 second trailer released on HBO Max’s YouTube page on Monday, the cast and crew of the popular show can be seen giving fans a glimpse of the making of the reboot, which featured most of the original cast except Kim Cattrall, who did not return for the sequel after falling out with fellow cast memberSarah Jessica Parker.

The trailer was also shared on the show’ssocial media platforms with the caption: “This season may be ending, but we’re not done yet. And Just Like That... The Documentary premieres on February 3, only on HBO Max”.

Parker, Cynthia Nixon and Kristin Davis are all seen talking about reuniting for the show and working with new cast members.

And Just Like That... premiered in December on HBO Max and picked up with the same characters after roughly two decades. South African fans of the show watched it locally on the DStv channel M-Net.

And just like that ... the SATC reboot makes middle age unsexy

The star has denied the allegations, insisting he 'did not assault these women'
Lifestyle
7 months ago

‘You’ll always be with me’: ‘Sex and the City’ star Willie Garson dies aged 57

Son Nathen confirmed the news in a moving tribute to the actor.
Lifestyle
10 months ago