Miss SA Lalela Mswane: 'I could always count on the love and support from the people of KZN' 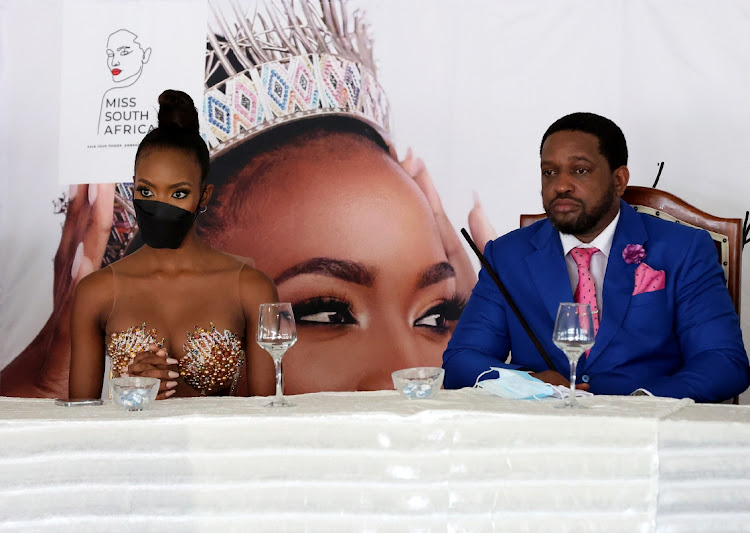 Miss SA Lalela Mswane couldn’t hold back her tears as she expressed her gratitude for the support she received from the people of KwaZulu-Natal during a homecoming tour at the weekend.

The KwaSokhulu-born beauty queen was on day two of her three-day homecoming tour in the province — the first time she’s  been home since being crowned Miss SA and second princess at Miss Universe — where she was visiting heir to the Zulu throne Prince Misuzulu ka Zwelithini at Kwa Khangelamankengane Royal palace, Nongoma, on Saturday.

She arrived in the province on Friday where she was welcomed with a homecoming ceremony at the King Shaka International Airport before attending a matric awards ceremony in the King Cetshwayo District — her home municipality — at which bursaries were awarded to deserving students.

“Now we will be able to tell our children to look up to Lalela, who came from the rural areas like us  but managed to beat competition from people who come from big cities and represented us as the Zulu nation in front of other nations,” said mayor Arthur Ntuli.

“She went on to represent the country against the whole world despite our government refusing to support her because the event was in Israel. We thank God because her journey was still a success.”

Mswane, 24, who was accompanied by her mother, acknowledged the support she got from KwaZulu-Natal, especially when days were dark.

“Everyone knows that my journey has not been the easiest but I was always assured that no matter what happened I could always count on the love and support from the people of KZN.

“So thank you for your love and support and for always holding my hand as a child.”

Prince Misuzulu said the Zulu nation was proud of Mswane’s achievements in the two contests as it shines a light on the whole province.

“You make us proud as a nation for producing someone who has reached these heights. You are an ambassador for our nation and the whole country.”

He said the number of people who braved the rain to attend this event showed they were not “confused” as to who their king was.

“It brings me much hope and encouragement to see you all here. It shows unity. I know there's a lot that you expect from the royal house these days but coming here today in all your numbers show that you know your king, you are not confused otherwise you wouldn't come out in these numbers.”

Without revealing much, Mtshali promised she would do her all to advance the development of girls from the province with many projects in mind.

“My duty as Miss SA goes across the whole country but my heart will always be in KZN. I promise my whole province that my work here is about to start.

“My plans for KZN are to help the development of young girls. This is not the last time you see me, it's just the beginning. I have a lot of projects in my heart that I want to see you succeed and I will definitely make that a reality.”

She is expected to end her homecoming tour in her hometown of Sokhulu, Richards Bay, on Sunday.

"Cyril Ramaphosa and ANC bullied Lalela for a mere beauty pageant in Israel. But bona they're friends with Israel? Bunch of hypocrites If you ask me"
Politics
4 months ago

Nathi Mthethwa responds to calls to apologise to Lalela Mswane

Should the minister apologise for pulling government's support of Lalela Mswane?
Lifestyle
6 months ago