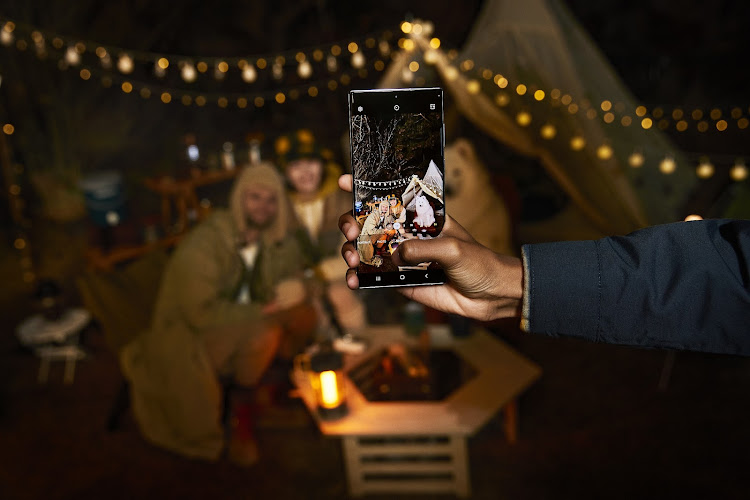 The Samsung Galaxy S22 series, including the flagship S22 Ultra (pictured), features 'Nightography', an innovation that means you can take amazing photos and videos in any lighting conditions.
Image: Supplied/Samsung

The new Samsung Galaxy S22 series of smartphones was recently unveiled at the latest edition of the brand's biannual event, Unpacked.

Based on the Samsung's iconic S series design and available in four stylish shades, the Galaxy S22 and S22+ smartphones are set to take photography to the next level thanks to the new 50MP main camera.

If you’re looking for a device with pro-grade camera quality that fits in your pocket, this is it — the new 10MP telelens with 3x optical zoom and AI autofocus will definitely impress — and, of course, an all-day battery and enough storage to save all those crystal-clear, HD pics is an added benefit. The Samsung Galaxy S22+ has a new 50MP main camera and is available in four stylish shades.
Image: Supplied/Samsung 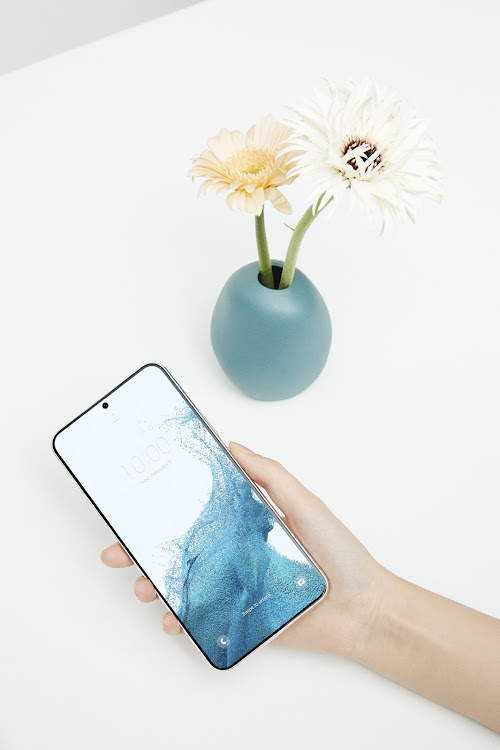 Samsung Galaxy's S22 and S22+ smartphones are designed to be both beautiful and environmentally conscious.
Image: Supplied/Samsung

SuperHDR and video digital image stabilisation (VDIS) means capturing video on the Galaxy S22 and S22+ is better than ever — even when on the move.

“The AI intelligence that sits on-board is off the charts from a smartphone perspective. We’ve built these phones from the chip up to ensure that the customer is getting a truly powerful experience,” said Justin Hume, Samsung SA’s director of mobile experience. “We’ve actually imagined what it is to set a new standard of technology with these powerhouse devices.”

One of the biggest surprises to come out of Unpacked was the Galaxy S22 Ultra — a phone that combines everything Samsung Note users love with the innovation S Series fans have come to expect.

“The Note series with the S Pen has a loyal fan base locally. We’ve taken the best of the Note series — the incredible screen, the powerful performance — and combined it with all of the innovation of the S series,” said Zahir Cajee, Samsung’s mobile experience product lead. “We truly believe that the S22 series is more than a [collection of] phones — it’s an experience.”

Available in four bold colours, the Galaxy S22 Ultra is the first Galaxy S series model to come with a built-in S Pen. “This is the fastest and most responsive S Pen — with 70% lower latency, you’re able to have a much quicker response time. It also gives you the sensational feeling of writing with pen on paper, as well as the ability to create and explore apps differently,” said Cajee. 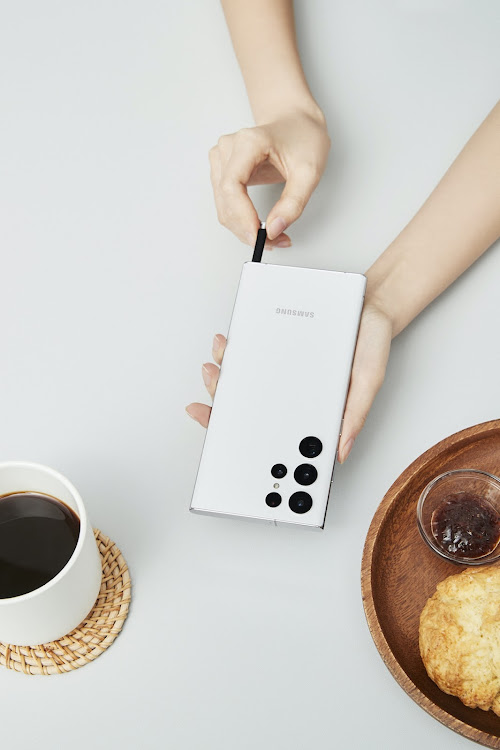 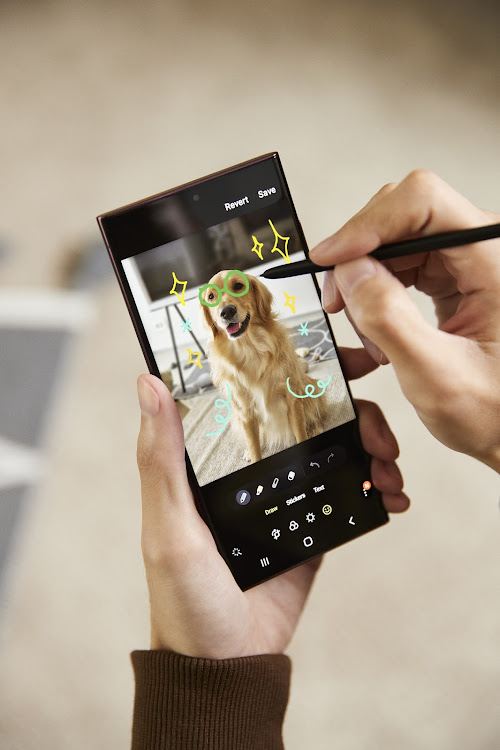 The S22 Ultra features an immersive, 6.8″ Dynamic Amoled 2x display and powerful 4nm processor. The faster NPU not only enables better night-time shots, it provides an optimised mobile gaming experience. “The amazing 4nm processor is what drives performance — it is the heart and the soul of this device,” said Cajee.

If you’re after a DSLR-like experience, one of the standout features of the S22 Ultra is what Samsung are calling “Nightography”. “With digital video stabilisation, this new mode will enable you to capture and create memories, irrespective of whether you’re on the move or in a low-lit area,” said Cajee.

The S22 Ultra doesn't only have pro-grade camera, it also includes a Pro Mode for those pocket photographers who want to take full control of the smartphone’s lenses. And did we mention the amazing 40MP selfie camera?

Samsung has always been ahead of the curve when it comes to sustainability — a few years ago they changed their packaging to corrugated cardboard to improve recyclability. And with the S22 series, the Korean giant has taken its eco-friendly approach one step further by creating an innovative new material made from repurposed fishing nets.

“One of the biggest ocean pollutants is fishing nets and it’s a tragedy to see what happens to marine life. We asked ourselves how we could get back those ocean-bound plastics and turn them into reusable plastic,” said Hume.

The result of this initiative is that the S22 series is the first series of smartphones on the planet to incorporate a material made from repurposed fishing nets. And by the end of 2022, Samsung will have removed about 50 tonnes of discarded fishing nets from the ocean.

“It’s not just about meeting sustainable goals, but exceeding them,” said Hume.

Over and above putting the planet first, Samsung has carefully considered its already-loyal fan base with a disruptive trade-in offer. Those with older, flagship phones can trade in their devices for a guaranteed R10,000 — and it doesn’t make a difference if the screen is cracked or the sound doesn’t work, as long as it turns on: diehard Samsung fans will be able to get their hands on the next best thing at a reduced rate.

The Samsung Galaxy S22 series will be available locally from March 11.

This article was paid for by Samsung.

SPONSORED | The new 5G-enabled fan edition ensures your data is secure with Samsung Knox, while the display is protected by the toughest glass ever ...
News
3 months ago

SPONSORED | Hot off the launch pad, the S21 FE 5G smartphone features everything you love most about the brand's flagship Galaxy S21 series and more
Lifestyle
4 months ago

Samsung Galaxy A Series: The ‘A’ stands for affordable awesomeness

SPONSORED | These 5G-enabled smartphones will impress with their super fast connection speeds for buttery-smooth scrolling, gaming and streaming
TshisaLIVE
5 months ago