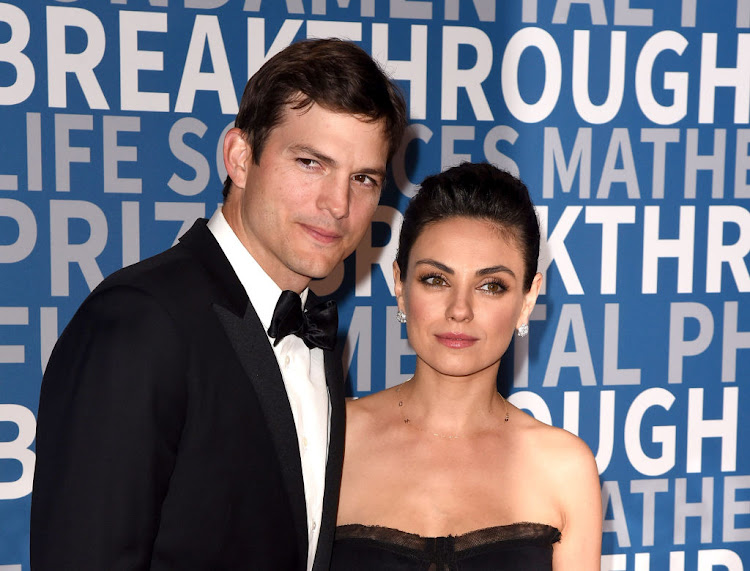 Hollywood couple Ashton Kutcher and Mila Kunis have revealed that they will match “up to $3m (about R46m) worth of donations” to aid Ukrainians seeking help after Russia’s invasion.

The duo on Friday took to social media to share their support for the country more than a week after its invasion by neighbouring Russia.

Kunis, 38, was born in Chernivtsi, Ukraine, in 1983 but moved to the US in 1991. And while the Bad Moms star said she’s proud to be a US citizen in a video posted on Kutcher’s Instagram page, she expressed her pride to be Ukrainian “today”.

She described the invasion as “devastating” and said there was no place for “such an unjust attack on humanity”.

Kutcher, after saying he was proud to be married to a Ukrainian, chimed in to speak of the bravery displayed by the country’s residents, but also the need to help those who seek safety.

“We’re raising funds to support a relief effort that will have immediate impact and will supply refugee and much-needed humanitarian aid to the area. The principle challenge right now is logistics: we need to get housing, supplies and resources into the area,” he said.

To this end, Kunis announced that she and her husband had decided to match “up to $3m worth of donations” to Flexport.org and Airbnb.org through GoFundMe.

The two organisations are “actively on the ground providing immediate help to those who need it most” and are looking to raise $30m (about R461m), the couple said in a statement shared next to the video.

The duo have joined a growing list of influential people throwing their weight behind Ukraine, with the likes of Sean Penn highlighting the events in a planned documentary chronicling the crisis.

Succession's Brian Cox used his acceptance speech at the Screen Actors Guild Awards to address the war, lauding Ukrainian President Volodymyr Zelenskyy, a former comedian, and offering support for Russian actors, who “under pains of high treason” cannot speak out.

The actor, 61, eventually “made it out of Ukraine safely”, his spokesperson said.
Lifestyle
3 months ago

A huge military convoy was seen travelling from Russia to Ukraine on Tuesday, closing in on the capital Kyiv.
News
3 months ago