Sound as a barrel: does playing music to whisky change its taste?

In short, yes. Music causes vibration. So when you pump sound waves into barrels full of sleeping whisky, things happen 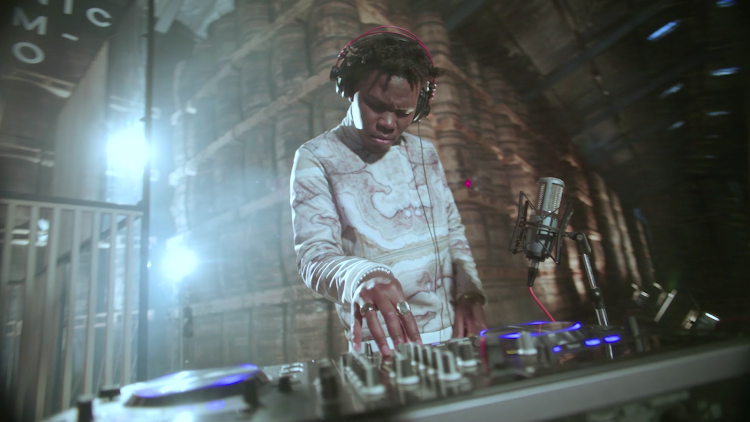 In his book How Music Works, David Byrne details the mysterious ways in which this rhythmic expression moves. Despite a structural rigidity, music is an ephemeral peculiarity that induces more than songs in the shower or jiggles on the dance floor. Music makes us eat faster in restaurants. Songs recall forgotten memories. Power chords trigger a flood of neurons so intense we’re compelled to air guitar.

We literally can’t help it. Heavy metal has been used to torture Guantánamo Bay prisoners, and recent efforts to disperse demonstrators in New Zealand saw authorities blasting crowds with James Blunt, Barry Manilow and, in an unforgivable act of cruelty, Baby Shark.

Byrne sees music as social glue, a universal language, an agent of change, but he doesn’t attempt to answer a very pressing question: can it influence taste, particularly in this case, that of whisky? Sure it plays its part in the drinking experience, but what about the production process?

It’s a question Lynsay Sampson, Distell marketing manager: Whisky, decided to explore. “We wanted to tell a simple but very visceral story with our whisky,” she explains. “And we felt we could achieve this by giving a musician the opportunity to put a different spin on our spirit.” So she approached Founder Distiller Andy Watts and proposed a special release of a special Bain’s, matured to a soundtrack by musical wunderkind Tellaman.

The eatery said it is fully co-operating with authorities and is hoping to reopen soon.
News
3 months ago

In theory, this process would make the whisky taste different. It might sound fanciful, but here’s how it works. Music causes vibration. So when you pump sound waves into barrels full of sleeping whisky, the liquid moves and ripples, increasing interaction with the wood, whisky’s primary source of flavour.

It’s nothing new. American craft distilleries like Dark Island Spirits and Tuthilltown Spirits regularly shake up their expressions with an array of tunes. Hairy ol’ Metallica produce a whisky (unsurprisingly called Blackened) that’s endured custom playlists selected by the band. There’s science here, but some fantasy too. Because as much as it’s measurable, you can’t predict exactly how these vibrations affect the final flavour. And it’s often in this contrasting territory — where the unlikely encounters the unusual — that whisky enjoys its finest moments.

Which brings me to this stellar collaboration. Watts is one of only 73 global inductees in Whisky Magazine’s Whisky Hall Of Fame, and his creations for the James Sedgwick Distillery regularly collect awards from around the world. Tellaman is burning up the music scene, working with the likes of Nasty C, Kwesta and Da L.E.S, and winning support from legendary Detroit label Motown. 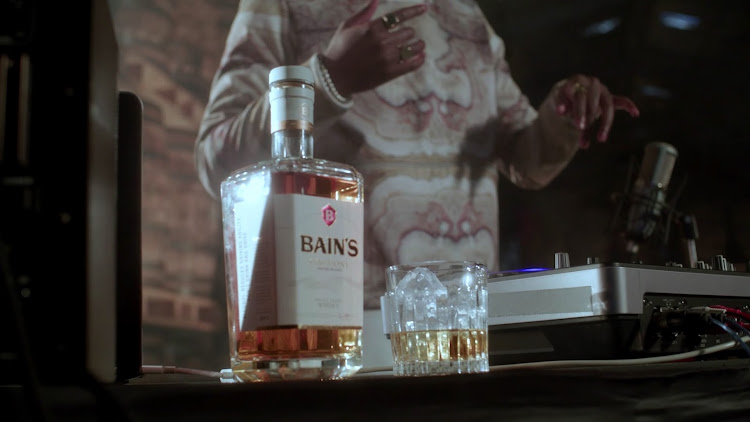 Inevitably, a few whisky boomers were heard harrumphing at the pairing, proposing music choices more suited to a night out in Fourways. But Bain’s got it right, and what many a pale male gets wrong is the importance of distance in a good collab. Dissimilarity ensures room for both signatures. No overlaps. No overpowering.

Tellaman puts it more eloquently: “Music bridges gaps between cultures and backgrounds. When people listen to music, they don’t think about those things.” That’s the essence of this little experiment, a common ground between music and spirit, flavour and flair, distiller and producer. And really, Watts and Tellaman aren’t that different. Both are self-taught craftsmen. Both make magic. Neither is easily replaced by AI. They’re also super humble, easy-going, all-round great guys. Mutual respect was there from the get-go, making the process as smooth as the results.

Watts explains that, like many of his innovations, the whisky began as regular Bain’s. “We all know it’s fantastic liquid,” he says, “so it was a case of choosing the perfect one.” He had some regular Bain’s that he’d left in the barrel for a further two years, and offered this spirit up for Tellaman to tinker with.

We see what is being served up at The Edge of Glory, The Rising Tide, and Sin+Tax
Lifestyle
5 months ago

Initially unsure of how his productions could contribute to the whisky-making process, the musician quickly adapted. “I need to be a part of new things, and learn and grow as a human being,” he says. So he played around, figured that his track Practice worked best, tweaked it and delivered it to the distillery’s cellars, where it looped for three months on a specially constructed system. The result is Bain’s Symphony, a vanilla-forward 7-Year-Old, while a 15-Year-Old has just undergone a similar treatment, and is due for release soon.

So, what did all this sonic wizardry do? Watts deftly bats the question away like the pro cricketer he once was. “Let the whisky be the music here,” he smiles. Who will ever know what difference those beats made. Would Run-DMC’s cover of Walk This Way have had that impact without Aerosmith’s contribution? Does moving a barrel from the bottom to the top rack alter its profile?

Would Remain In Light have turned out differently if Byrne himself hadn’t fallen under Fela Kuti’s spell? Yes. Maybe. Who knows? Because if it hadn’t been that thing that made the difference, then a different thing would have come along to make a different difference. Unlike music, you can touch whisky, but it’s still an intangible mystery. So best to leave the enigma unsolved, and appreciate an infinitely more interesting outcome.

Mopani worm pancakes anyone? Whip up your fave meal using this delicacy

Local entrepreneur, inspired by her Tsonga roots, is using the mopani worm to create a range of food products
Lifestyle
3 months ago

Support an exciting new wine collab with the #SaveSAWine campaign

A collaboration between Pick n Pay and Bellingham Wines, the new Masterpiece wine range celebrates local creativity in an effort to support the wine ...
Lifestyle
3 months ago