Seized and sailing away: The rapidly diminishing returns of being a Russian oligarch

No yacht, property or soccer club was left unscathed by the sanctions 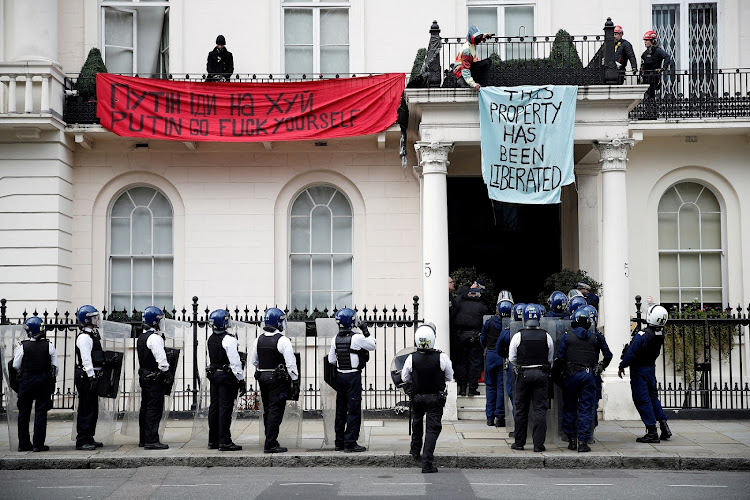 It is open season in the West against Russian oligarchs linked to President Vladimir Putin, with governments and civilians on a “seizing and freezing” spree against Putin-linked tycoons.

Europe and the US have announced a range of sanctions against Russia and some of its most prominent figures in response to the invasion of Ukraine in February.

Since then the world has watched in awe as more than 6,000 oligarchs found themselves on the naughty list and their super yachts, properties and private jets were attached or “occupied” in Western countries.

The most notable case has been that of Chelsea football club owner Roman Abramovich, whose sanctioning has forced him to sell.

Here are a few “friends” of his who are squirming under the spotlight and who clearly missed the Maldives memo. That is where you send your super yacht to wait out the war, and there is no extradition treaty with the US and Europe.

On Monday, Spain temporarily seized the Russian oligarch’s $140m (about R2.1bn) yacht in Barcelona, with two sources confirming the vessel belonged to Chemezov, an ally of Putin and head of the Russian state conglomerate Rostec.

Sailing under the flag of Saint Vincent and the Grenadines, the vessel is registered to Chemezov’s stepdaughter, Anastasia Ignatova, through a British Virgin Islands company, according to a 2021 article published in the Pandora Papers information leak. 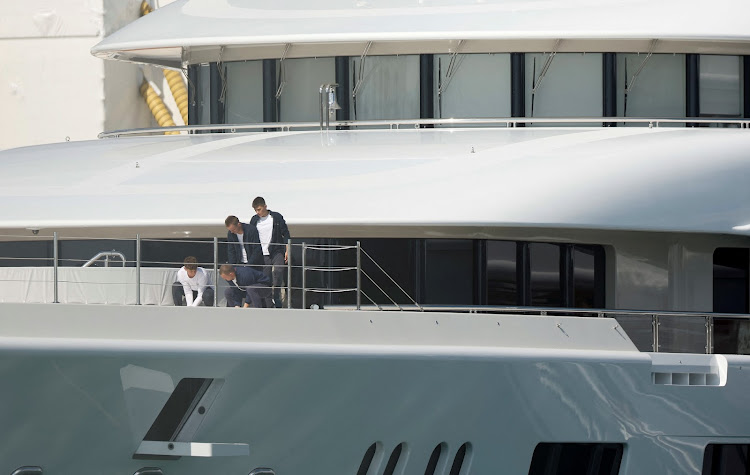 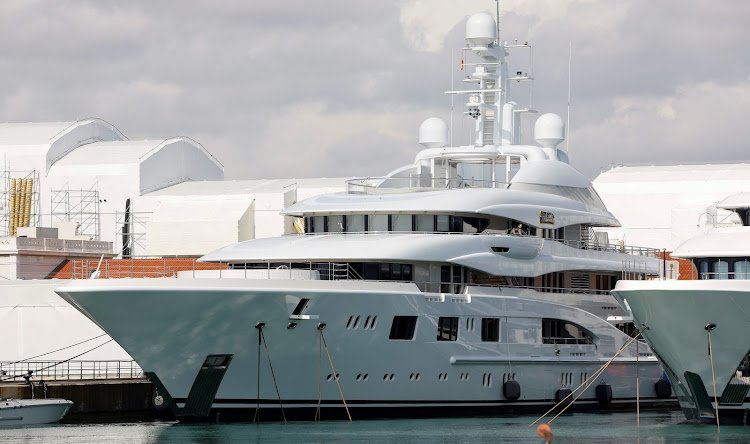 Another oligarch under the spotlight is Alisher Usmanov, the metals and telecom tycoon with an estimated $16.2bn (about R244bn) net worth.

The tycoon’s villa in Golfo del Pevero, on the island of Sardinia, and $600m Dilbar super yacht aresome of the items authorities seized in recent weeks.

An Airbus A340 Prestige jet linked to Usmanov flew out of Munich, Germany to Tashkent, Uzbekistan, on February 28 and hasn’t been tracked since, according to Radar Box data. 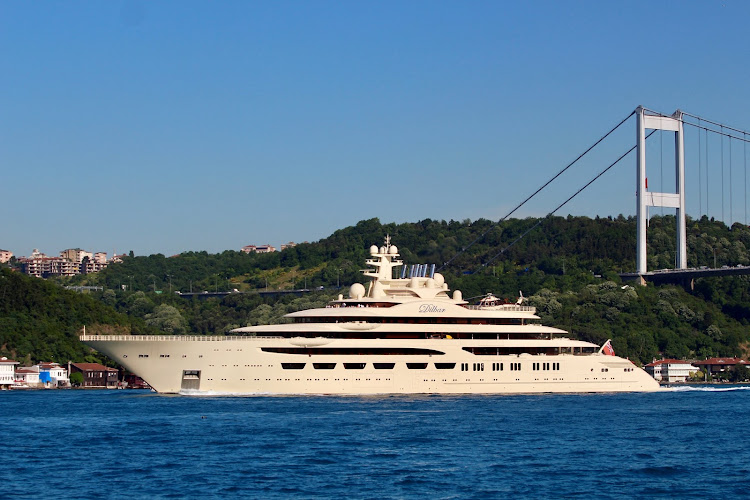 The Dilbar, a luxury yacht owned by Russian billionaire Alisher Usmanov, sails in the Bosphorus in Istanbul, Turkey, in May 2019.
Image: Yoruk Isik/Reuters

Police on Monday moved in to evict squatters who had occupied a London mansion suspected of belonging to the Russian billionaire, who was placed on Britain’s sanctions list last week.

“You occupy Ukraine, we occupy you,” the squatters, who described themselves as anarchists, said.

“By occupying this mansion, we want to show solidarity with the people of Ukraine, but also the people of Russia who never agreed to this madness.” 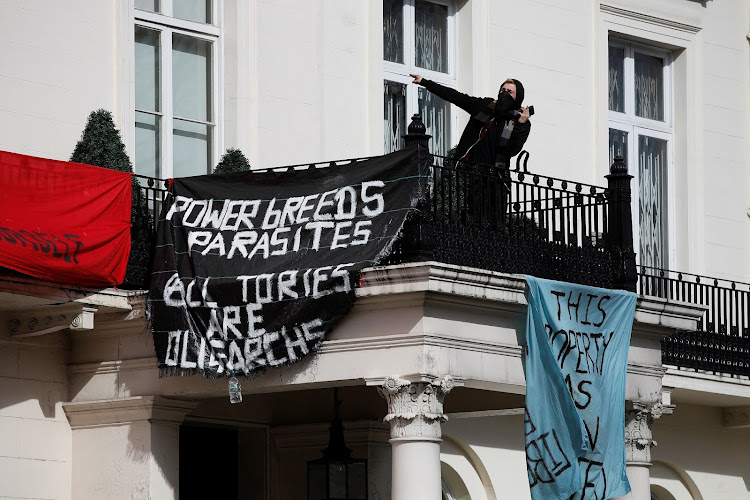 4. The case of the mistress’ daughter

Another figure targeted by angry protesters is Sergei Lavrov, Russia’s foreign minister and alleged close ally of Putin, whose “stepdaughter” has drawn the ire of angry civilians.

Angry protesters this week protested outside the lavish home of Polina Kovaleva, daughter of Lavrov’s alleged longtime mistress Svetlana Polyakova, over Lavrov’s involvement in the Ukraine war, according to Daily Mail.

MPs have called for Kovaleva to be added to the list of people sanctioned over their ties to Putin. 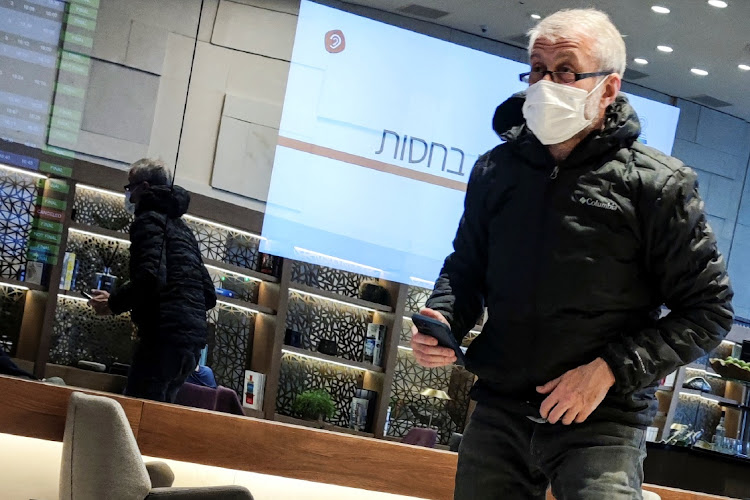 Sanctioned Russian oligarch Roman Abramovich stands in a VIP lounge before a jet linked to him took off for Istanbul from Ben Gurion international airport near Tel Aviv, Israel.
Image: Stringer/Reuters

Last, but certainly not least, is Abramovich ,who reportedly fled to Russia and is moving some of his assets in the wake of growing sanctions against him.

According to Daily Mail, the tycoon may have fled to Moscow in the wake of the latest round of sanctions, with his super yachts, Solaris and Eclipse, reported to be heading for Turkish waters.

Abramovich is being forced to sell his English soccer club due to the sanctions imposed on him.

Roman’s empire frozen, but spare a thought for Al-Khelaifi

Roman Abramovich’s money converted Chelsea from chumps to champs. The riches of the Russian sugar daddy made the Blues synonymous with success.
Sport
3 months ago

The wretched of the earth and the filthy rich