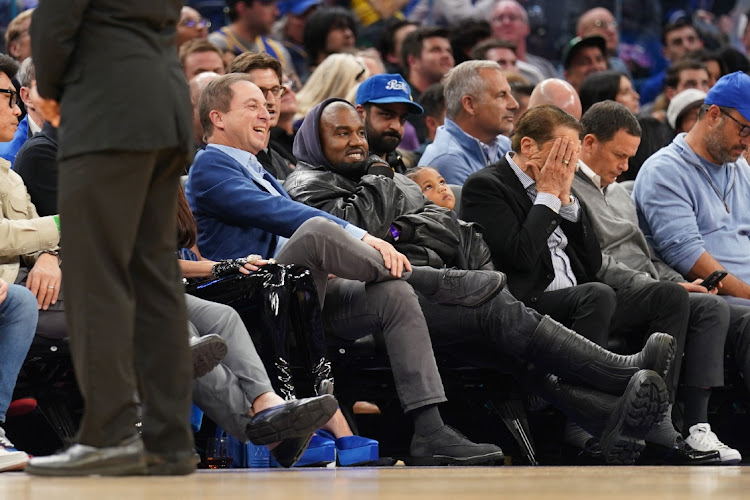 Kanye West has been suspended from social media network Instagram for 24 hours after the rapper infringed the platform's policy regarding harassment, a spokesperson for its parent firm Meta Platforms Inc said.

The platform deleted content sent from the 44-year-old rapper's account that was in violation of its policies on “hate speech and bullying and harassment”, the spokesperson, Joe Osborne, said in an emailed statement.

West, who legally goes by “Ye”, will be restricted from posting, commenting or sending direct messages from the account for 24 hours, Osborne said, adding that further action could be taken if he continued to violate policies on regaining control of the account.

Representatives for West did not immediately respond to Reuters' request for comment.

"What she Kim is going through is terrifying to watch, and it shines a spotlight on what so many women go through when they choose to leave," said ...
TshisaLIVE
5 months ago

Noah said what Kardashian was going through was “terrifying to watch” and shone a spotlight on what many women go through when they choose to leave an abusive relationship.

He likened it to his upbringing and how his mother was regarded whenever she tried to report the abuse she endured.

“One of the things I found most interesting was how often people told my mom that she was overreacting ... that she must calm down,” he related.

The post has since been deleted, the report said.

Meta declined to provide details of the posts that violated its policy.

However, posts of West criticising actor DL Hughley and SNL writer Dave Sirius can still be seen on his profile.

Kardashian filed for divorce a year ago, citing irreconcilable differences with West. The couple have four children ranging in age from 2 to 8.

After the divorce, West criticised the reality star's new relationship with Davidson on social media and publicly appealed to her to return to him.

A Los Angeles judge this month granted Kardashian's request to be declared legally single after nearly eight years of marriage to the rapper.

Hip hop artist and the world's best sneaker salesman, Kanye West (Ye), has been rather petty about Pete - his ex-wife's new paramour in the video of ...
Lifestyle
5 months ago