IN PICS | Prince William and Kate on charm offensive in the Caribbean, but there’s a snag 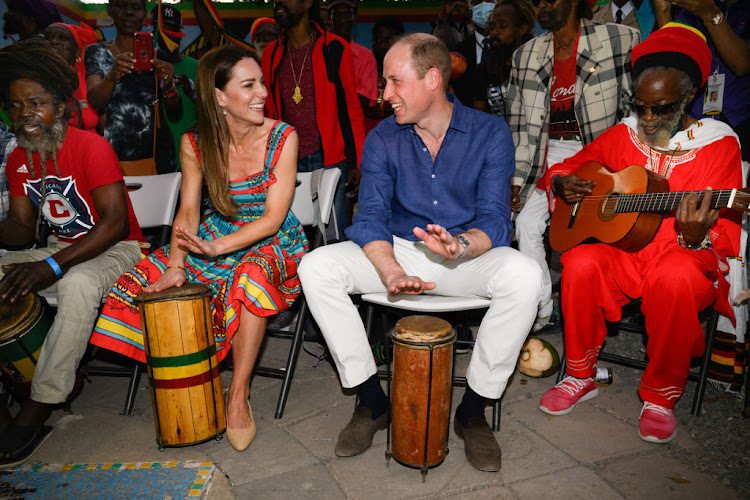 Prince William and his wife Kate continued their weeklong Caribbean tour with a stop in Jamaica early this week, but the latest pit stop was not without a snag.

The Duke and Duchess of Cambridge arrived in Belize on Saturday to start the tour that coincides with Queen Elizabeth’s 70th year on the throne, and will conclude it over the weekend with a visit to The Bahamas.

They arrived in Jamaica on Tuesday on a two-day tour of the island. They were received by Jamaican foreign affairs minister Kamina Johnson-Smith and defence force chief Antonette Wemyss Gorman at Kingston’s Norman Manley airport.

They then left to meet Governor General Patrick Allen, who represents the British crown in Jamaica.

It was then off to Trench Town Culture Yard Museum, where the duo visited the place where reggae legend Bob Marley used to live. Mobs of fans met the royal couple ahead of their visit.

William and Catherine also met with English Premier League players during the visit. 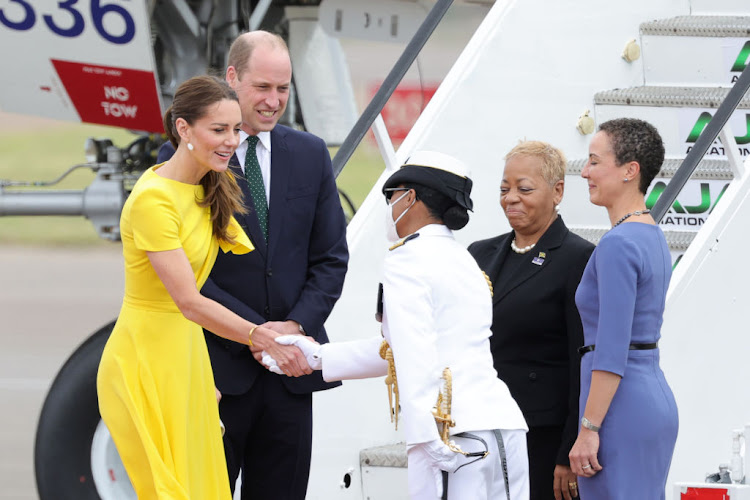 The duke and duchess of Cambridge at Norman Manley International Airport on March 22 2022 in Kingston, Jamaica.
Image: Chris Jackson/Getty Images

“There are historical wrongs and they need to be addressed,” said Dr Rosalea Hamilton, an economist and activist who helped organise the rally where demonstrators read out 60 reasons for reparations. Jamaica celebrates 60 years of independence in August.

“Part of the conversation is how we begin a new dispensation and discussion of actions for the new generation,” said Hamilton, dressed in a T-shirt printed with “seh yuh sorry”. 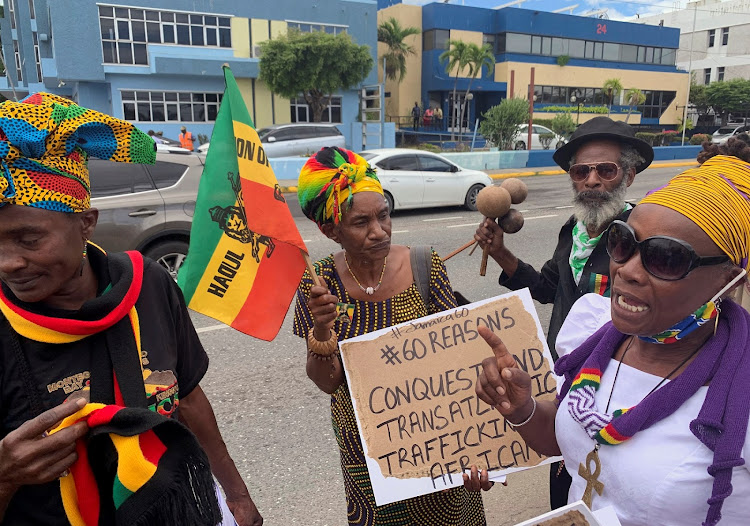 Protesters gather outside an office of the British government to demand the UK pays reparations for centuries of slavery.
Image: Kate Chappell/Reuters 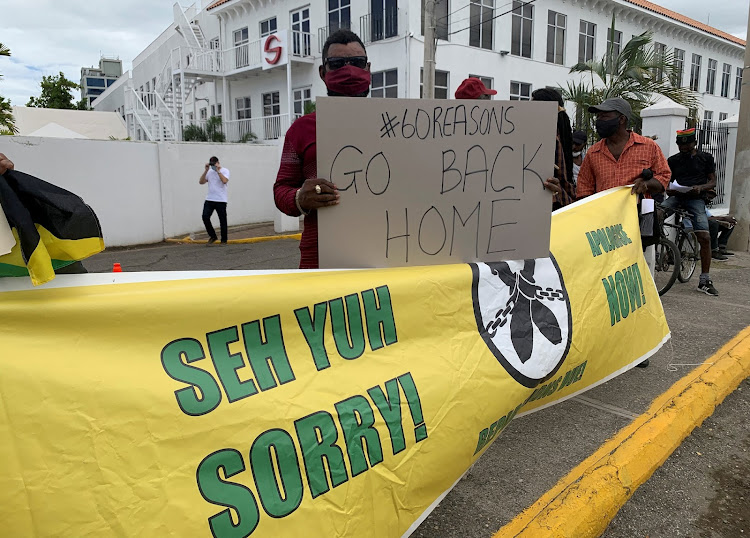 Protesters gathered before the arrival of the royal couple.
Image: Kate Chappell/Reuters

The royal visits to Caribbean nations are seen as an effort to convince other former British colonies, including Belize and The Bahamas, to stay on as “realms” of the British monarchy amid a rising regional movement towards republicanism.

See more images from the tour so far: 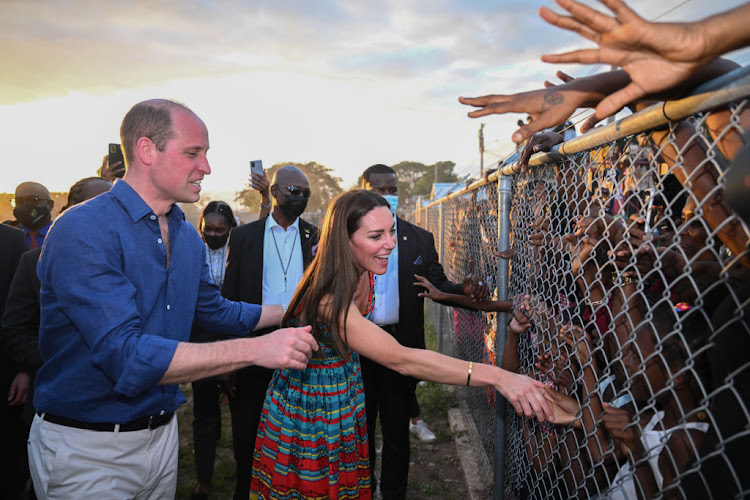 The duke and duchess of Cambridge greet fans as they visit the birthplace of reggae music.
Image: Samir Hussein/WireImage via Getty Images 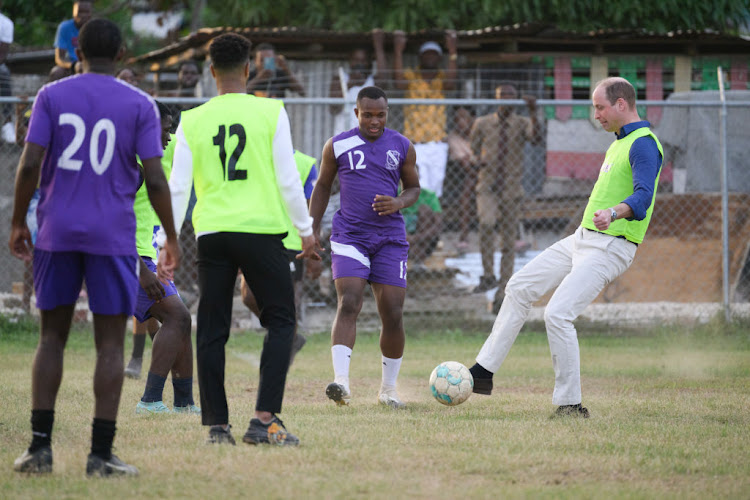 Prince William shows off his football skills during a visit to Trench Town.
Image: Samir Hussein/WireImage via Getty Images 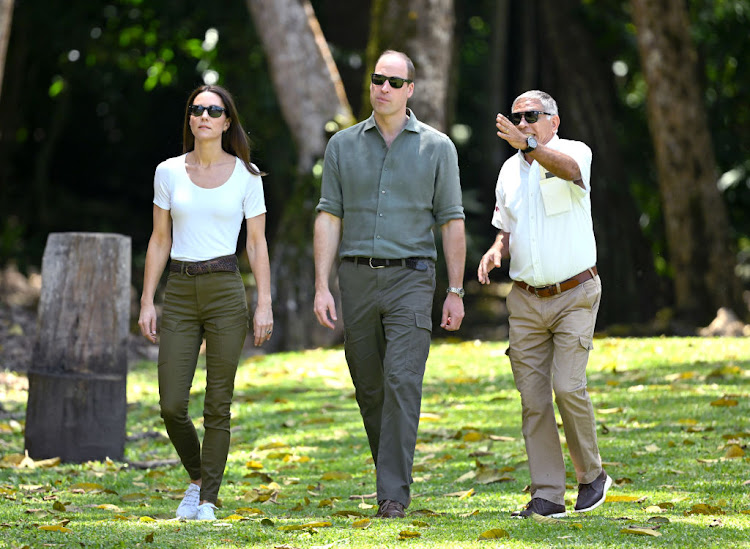 The duke and duchess of Cambridge visit Caracol, an iconic ancient Mayan archaeological site deep in the jungle in the Chiquibul Forest in Caracol, Belize.
Image: Karwai Tang/WireImage via Getty Images 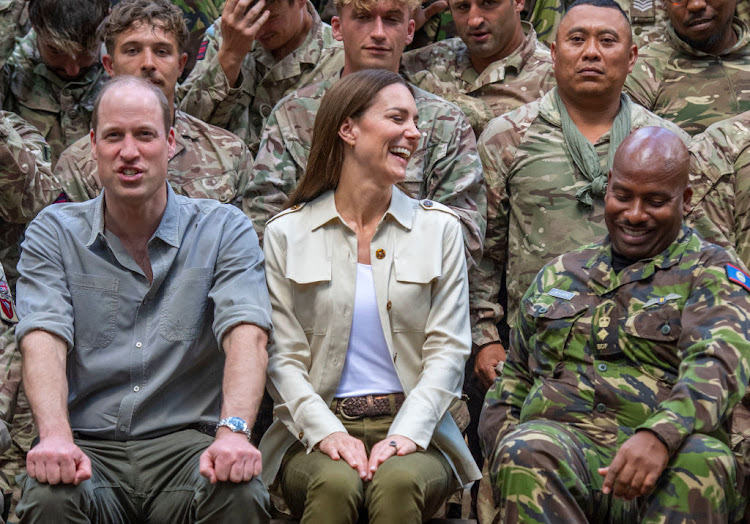 The duke and duchess of Cambridge in Chiquibul, Belize.
Image: Samir Hussein/WireImage via Getty Images

Britain's Prince William and his wife Kate arrive in Belize on Saturday for a weeklong Caribbean tour that sparked controversy before it even began ...
News
5 months ago

After the shame of Prince Andrew's US sex abuse lawsuit and Prince Charles embroilment in a cash for honours scandal, Queen Elizabeth catching ...
Lifestyle
5 months ago