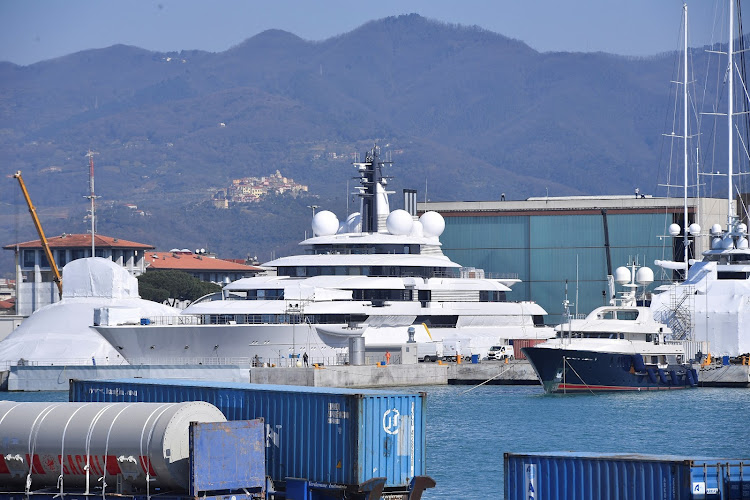 Scheherazade, one of the world's biggest and most expensive yachts allegedly linked to Russian billionaires, is moored in the harbour of the small Italian town of Marina di Carrara, Italy.
Image: Jennifer Lorenzini/Reuters

As authorities continue their seize and freeze campaign on the assets and fortune of Russian oligarchs, attention is now turning to the rumoured huge fortune of Russia’s President Vladimir Putin.

Earlier this week, Ukraine’s President Volodymyr Zelensky urged Italy to seize a mystery yacht worth some $700m (R10.3bn) that has been linked to Putin.

“Don’t be a resort for murderers. Block all their real estate, accounts and yachts — from the Scheherazade to the smallest ones,” Zelensky said to Italian legislators, referring to a superyacht that is moored in the Italian port of Marina di Carrara. The superyacht, the Scheherazade, which has beein linked linked Putin, moored in the harbour of the small Italian town of Marina di Carrara.
Image: Jennifer Lorenzini/Reuters

According to Daily Mail, the Scheherazade has six decks and “groans with obscene luxury and hideous excess”. This excess includes a self-levelling pool table, a theatre and a swimming pool that can convert into a dance floor.

This is not the only yacht Putin owns, according to the site, with the Russian leader reportedly also owning a smaller and older vessel named Graceful, worth £73m (R1.4bn).

Putin’s other assets reportedly include 15 helicopters, Dassault Falcon jets, an airline and an opulent Black Sea palace that left tongues wagging last year after jailed Kremlin critic Alexei Navalny shared a video detailing the interior and exterior of the house.

Putin has since denied that the house belonged to him or his family.

Here’s a look at the rumoured assets of one of Russia's biggest oligarchs. 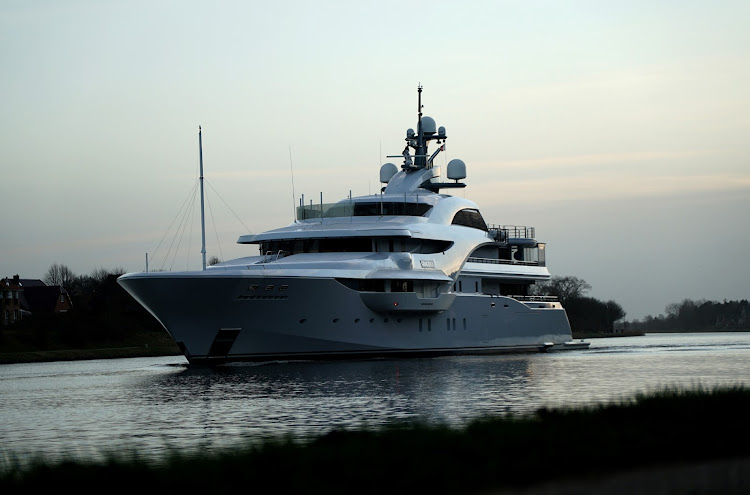 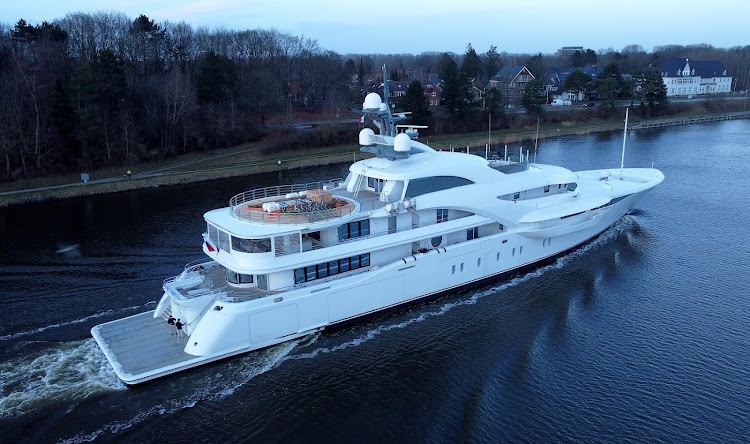 Seized and sailing away: The rapidly diminishing returns of being a Russian oligarch

No yacht, property or soccer club was left unscathed by the sanctions.
Lifestyle
3 months ago