Star plays an assassin with recollection problems, and who finds a conscience, in this psychological thriller 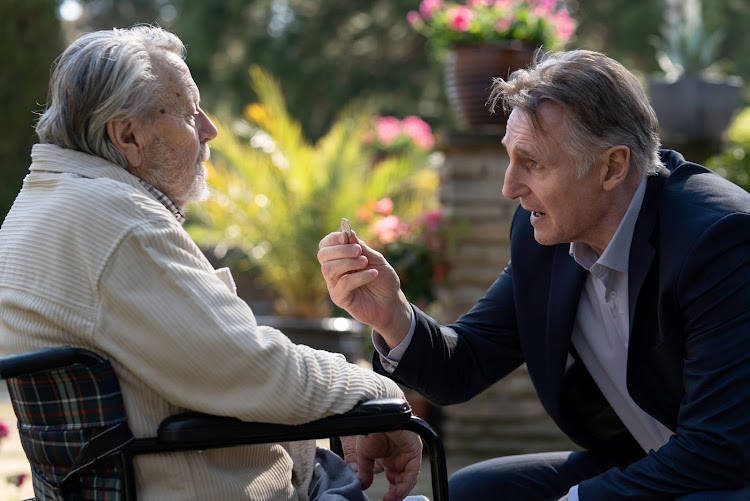 Acclaimed director Martin Campbell (Casino Royale, GoldenEye, The Mask of Zorro) teams up for the first time with star Liam Neeson to craft an intense action-drama about retribution, fury and redemption, coming to SA cinemas on April 29.

Alex Lewis (Neeson) is a hired assassin at a turning point. Living in El Paso, Texas, and coming to grips with a faltering memory just as he plans to retire, Lewis is ready to conclude a long career of violence and secrecy when an old contact gives him a final assignment. However, the job isn’t what Lewis bargained for, and leads him into an FBI sting operation led by agent Vincent Serra (Guy Pearce).

Though his inability to remember details is putting him in ever greater danger, Lewis uses the skills he’s honed from a lifetime in the shadows to force ugliness into the light — but he has to do it before powerful forces destroy him and erase Serra’s mission to get at the truth.

Campbell adapted the story from the award-winning 2003 Belgian film De Zaak Alzheimer, based on the 1985 Jef Geeraerts book of the same name.

Drawn by its intensity, rich characters and serpentine plot, he hired screenwriter Dario Scardapane to give it an American flavour, saying: “There are basic elements to the story that are the same, but there are many changes, of course. The ending is very different, and I enhanced all of the action, which is much more than what was in the original film. But overall, it’s a psychological tension study.”

Italian actress Bellucci, who stars as the villain, says: “I was excited to play this role. I have not played many where I am the antagonist. There are some aspects of Davana’s life where she is a good human being, but there’s other times where she is a monster. Playing this duality interested me. For this role, I wanted to break the mould in which I have been cast most of my life. I gained some weight and the lighting and makeup also contributed to the creation of this new type of character for me.”

Australia's Guy Pearce says of his character that “one of the things that I liked ... is that we see that he has his own baggage, his own history, his own sort of tragedy that he's carrying.

“He's also just trying to understand how and why these murders are occurring and eventually he comes across Liam Neeson's character, a contract killer. In an interesting way, they find there is a kindred spirit that connects them. I think it's probably justice and sort of a sense of morality that connects them, even though they come from different ends of the legal spectrum.”

This competition has now closed.

Win tickets to watch the film

The winners will be able to redeem their tickets at their nearest Ster-Kinekor venue showing Memory on Friday April 29.

Simply email your name, surname and phone number to events@empire-ent.africa before 5pm on Wednesday April 27 to stand a chance of winning a pair of tickets.